Lacrosse is a sport I've actually played in the past though I was always more into the Box Lacrosse style where it's indoors, in a smaller cuort and with less people. Casey Powell Lacrosse is the first time this sport has been given the full game treatment being almost at comparison with EA Sports titles. The game is played out like you would view a Fifa title being a bit more over the top with a field view and the controls of a NHL title. This is great as the players perform well and accurate to that of the sport. It features not only standard play of the sport, but also some of the more fun elements such as pre-game cutscenes and even player celebrations. This adds a more fun element to the play and makes things a bit more alive. Aside from presentation the game also captures the spirit of the sport well with all the smaller details of cradling, special moves and differing styles of shots. I also was impressed with the amount of depth present within the title and the game modes it incorporated. There is your standard quickplay; a season mode which could be played from multiple positions, online play against others and an academy area for full customization. This area was really well done having more options to tweak players than many of the top sports titles these days. There were not only great options for tweaking each detail of their body, but also to edit the colors of the stick which is important for Lacrosse players. The game doesn't care much for official licensing and that's fine in this case as it encourages players to create their own players and also some more fun team such as backers for the project along with others.

The game actually great with pieces of grass covering the fields and life to the players in how they move. It may seem slightly rigid at times when they shift around, but they follow formations well and it looks like a Lacrosse match. The handling is also well done with simple controls and passing that works efficiently. They even did a great job of the initial setup where the centers battle it out for ball control at the start and it feels very much like the real thing which is what I enjoyed playing as a position in the sport. Shooting is also great with just the singular analog stick being in charge of targeting and this works very well in the title. 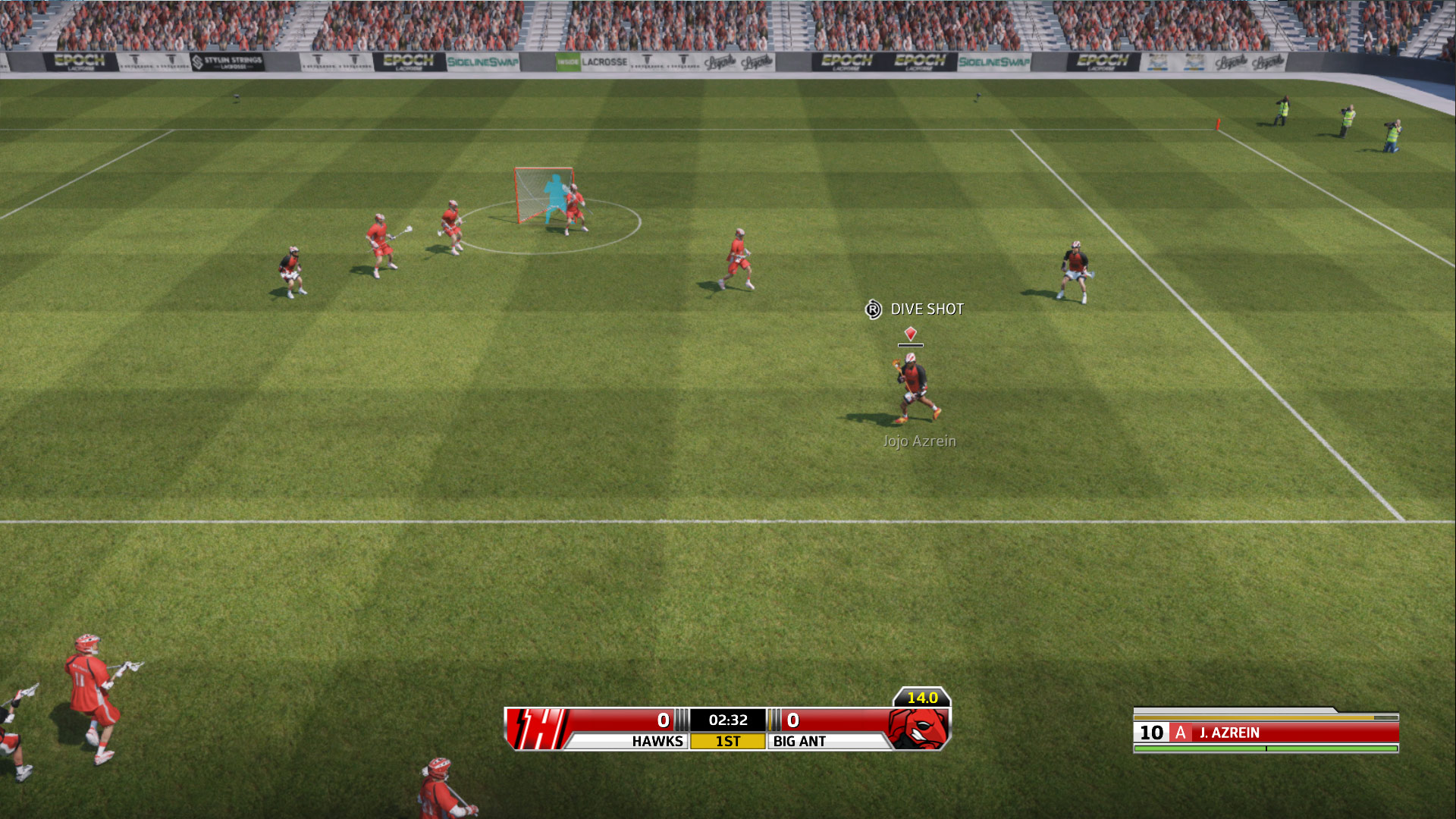 Powell Lacrosse 16 is a great start for what hopefully works into an annual release style of the sport as it now has a great base to grow from. It covers all the bases of what similar sporting titles bring and has even more options available to customize your league however you'd like from players to teams and even referees. The game plays great covering all the aspects of field Lacrosse well and doesn't look half bad either with a fun side to it as well. The controls handle great making the ball handling well done and shots follow the same sort of design. It's a well done game that captures the spirit of Lacrosse well and hopefully we get to see more like this in the future. Perhaps even seeing a Box Lacrosse version as well would be nice just adapting the formula to a smaller setting to fit that version.