Cel Damage HD is a remaster of a very old title which takes vehicular combat and adds a fun cartoon spin to it. It runs somewhat like what you would see on Looney Tunes or the like with Wild E. Coyote taking on the Road Runner as a prime example. First off players pick a character with each bringing their own unique vehicle and combat into the mix to race off with each other. From there they can pick one of the three modes to play whether it's Smack Attack where players attempt to eliminate each other, Gate Relay where everyone attempts to race through rally points or Flag Rally where the goal is capture flags that are walking around the map. These are the modes within the title and then there are a series of maps taking place on a variety of environments. Additional maps and weapons to combat with are unlocked just by playing matches with new unlocks after every completed match. This gives a sense of progression and provides fresh aspects to play in as you continue your Cel rampage. This can all be played against a wide selection of AI on the levels with everyone at once whether that's playing solo or with up to four local players. As with every one of these local I have to note a complaint that in this day and age multiplayer is somewhat of a must, but I still had a great time playing locally.

The game carries a classic cartoon look to it with the now well known Cel-Shading art style which is always fun and works well for the game. Levels look mostly great, but the environments were clearly showing their age and more work could have been done to clean those aspects up. That aside the levels did have some fun elements to them such as plants eating cars, dropping off the map and doing the pause element before falling or dropping huge weights on others. The driving was also handled well with great handling and some more whimsical controls. This included things such as flipping sideways or throwing things at people. There are a number of power-up weapons to be spotted around the map to hit each other with like axes, machine guns and spears. 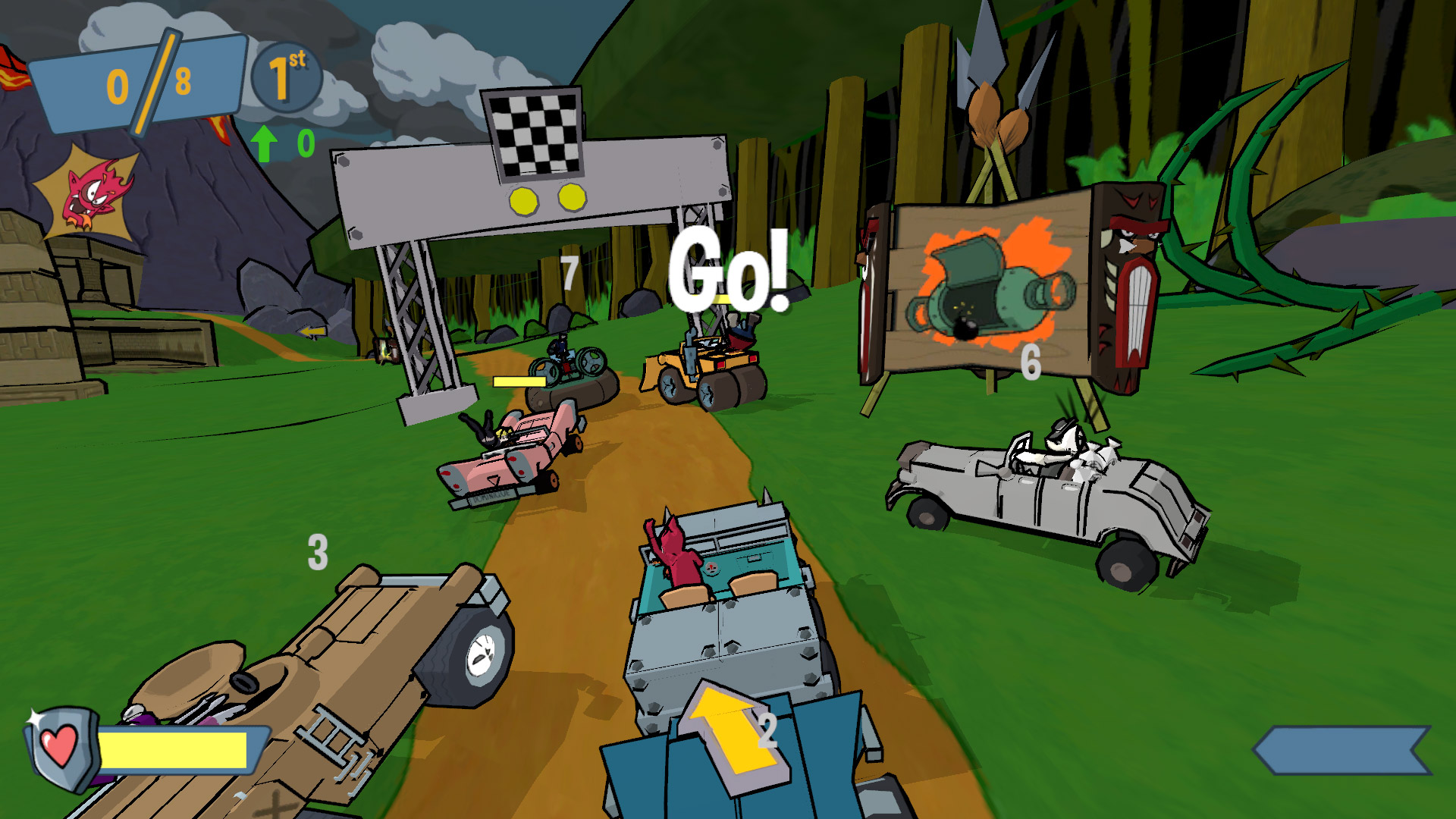 Cel Damage HD is a fun time capturing the original feeling while giving the graphics a bit of an update. It's still quite rough around the edges as far as the environmental aspects go, but provides a great time. The three modes offer more than enough gameplay and there's a good set of levels to keep the action going. When playing we stayed towards the Smack Attack as it was the best paced, but the other modes were enjoyable as well. Cel Damage HD works well providing a decent local multiplayer game though it still would have been better to have online multiplayer as well. It's generally fun to play and drive around while mashing away others with that classic cartoon feel that allows pretty much all audiences to enjoy.