UFC has quickly become one of the most watched spectacles of sport these days and the game aims to capture the spirit of its hardcore battles. The first entry was a decent take on the sport, but this one improves on that in many ways and adds a variety of new content in order to better round out the experience. The first aspect of this is the inclusion of both male and female fighters along with true dedication in capturing the styles of these fighters. The game provides a number of weight classes for match-ups and unique celebrations based on the individuals. Career mode returns where you're able to create your own fighter and I used my purple scanned monster to dominate here which is always a good laugh. Ultimate Team is also added in which is the usual card based game from EA Sports titles where you pick cards to increase your fighter abilities. The final big new area is KO mode where it's essentially just an all-out brawl until one falls. These go in hand with the various returning modes though for me quick fight against the AI or online against others was the best area for me.

An area which UFC 2 truly excels at is its presentation from the announcers before, to the celebrations and most importantly the arena. As with all fighting games the graphics are fantastic with fluid motions which work perfectly most of the time. I did however come across a number of situations where there were frame drops and even freezes of the screen which was odd. That aside the game aims to capture the spirit of the sport by making the combat a bloody mess. Every hit gives the full feeling of a fight with bloody spraying from wounds and the adrenaline is insane when it comes close to the edge of victory. The fighting looks great, but it also feels great with controls that perfectly match the spots of conflict and provide defensive capabilities to counteract them. There's also a really in-depth grappling and submission system, but I wasn't a fan of how it's designed. When the submission does begin it plays out like an odd mini game which takes awhile and doesn't quite feel right often ending in both parties just walking away. There were also some rigid moments when players went in submission moments that could have used a bit more polish as they weren't as smooth as the regular punches. The female fighters are also a great addition to the game often providing entertaining battles that seem more equal than some of the other fights. 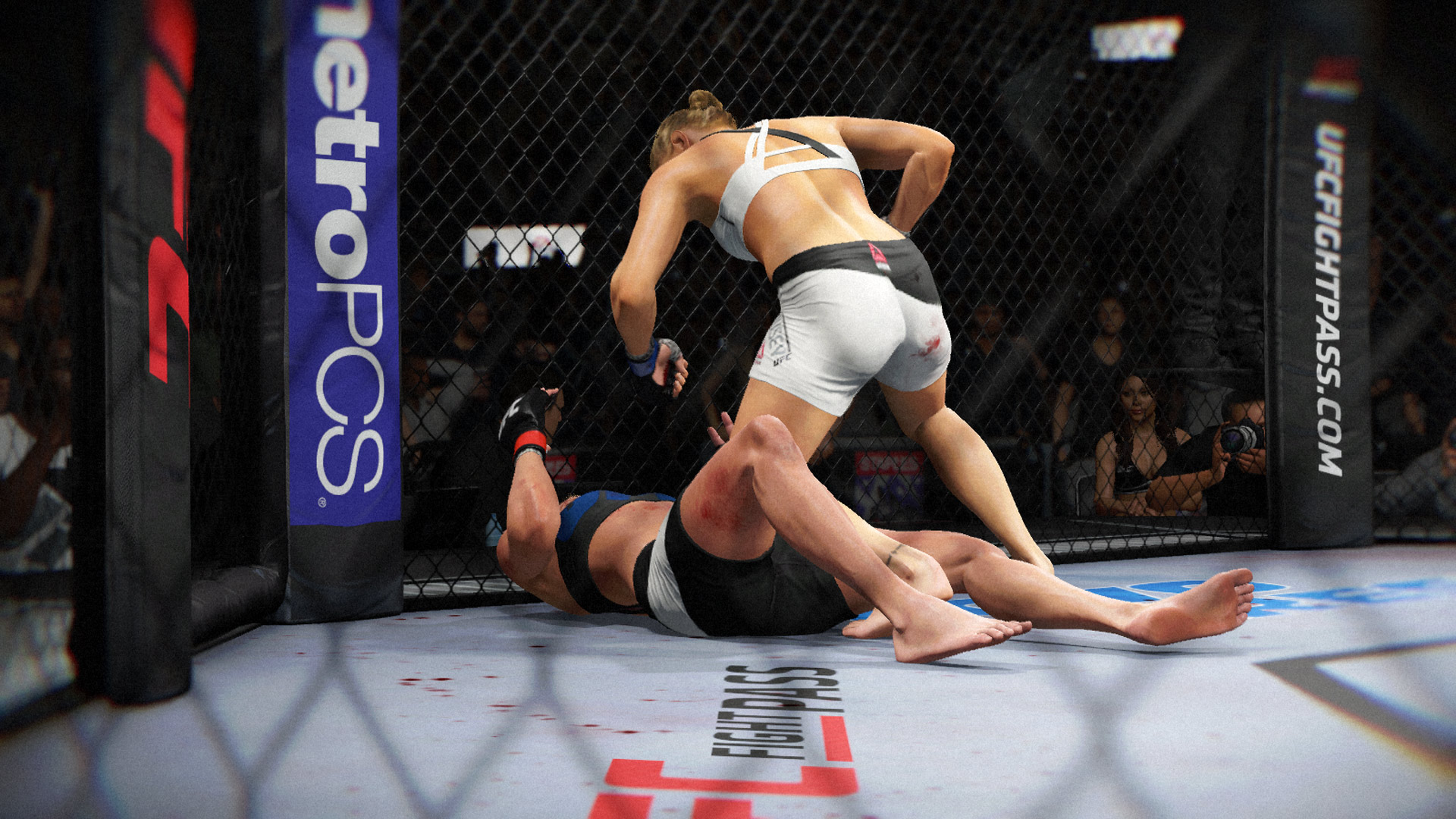 UFC 2 packs a punch providing a brutal look at the fight within the Octagon and captures the presentation perfectly. It's a solid experience for those that want a realistic capturing of the sport. The female fighters are welcomed well into the fight and the game does a great job in capturing the major fight categories with a deep roster of fighters. It also provides a decent amount of content so no matter what sort of career or quick fight type you want it's here. There's a full career area to continue fighting along or there are a number of other quicker fight modes. Whatever you choose, the game presents these well and in the true look of what you would watch on TV with all the blood and big hits you could imagine.