Tetraminos is an interesting title basically being exactly like Tetris except for a couple aspects. The game is based around a series of oddly shaped blocks moving down a rectangular center and players are tasked with matching the rows full of blocks to remove it. Being different than Tetris this game features no holding block area and has a wider array of shapes available which increase some difficulty portions depending on the piece. You get weird things like plus signs or even singular blocks with those being helpful. The game has single player and multiplayer options with up to four players at once. The single player modes include Endless, Challenge and Puzzle. The Endless mode has you just aiming to get the best possible score and Challenge mode tweaks that slightly by having timed row removal goals. Puzzle mode is more structured having a series of levels available where you're aiming to get the best star by completing levels in the least amount of moves. Multiplayer is just a single mode where players battle it out causing row decay to each other by row completion, this is largely quick to play and is only local multiplayer.

The game looks clean with a slick futuristic block moving design to it. The color scheme is bright with the general look of everything being pleasing and the soundtrack is also pleasant to listen to. The controls are simple with just moving the stick and tapping a button to rotate the shape around as it goes down the board. You get bonuses if you're able to make a row a singular color and other than that it plays largely like Tetris which I'm sure many have tried at one point or another. It's also very easy to get multiplayer going and generally a simple game to understand. I also liked the large amount of differing shapes present from singular blocks to plus signs or even double blocks which made the upcoming block always something new. 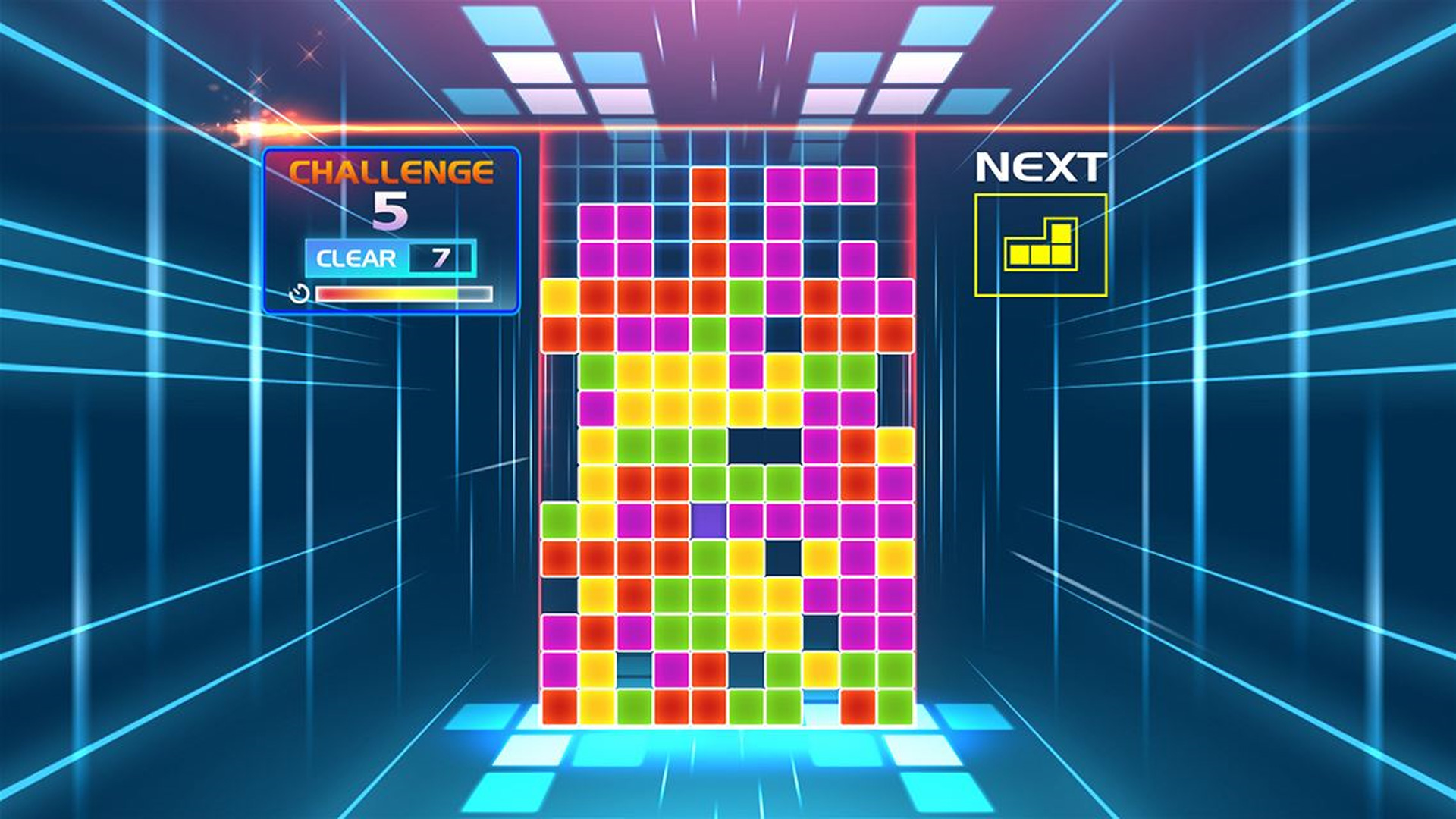 Tetraminos works fine enough if people are looking for some more Tetris styled gameplay and it's a good alternative. It's a simple game that brings an addictive style to it providing a number of solid modes for players to enjoy. This really isn't the most complicated of titles and is easily accessible for anyone to enjoy with a growing challenge as the speed picks up. I also liked the whole puzzle and challenge area since they mixed the formula up a bit to provide new objectives which was nice. Tetraminos is a decent title feeling very much like Tetris, but rounded itself out nicely with a couple differing modes to play and a brighter interface.