Hitman is being rebooted to some extent and being presented as an episodic title with this first Intro Pack giving a tease of what's to come. Hopefully by the end of the content releases we'll have a full working game, but at this point it feels like it's a small portion of what I'd expect. The story starts off twenty years earlier with the Agent being trained at a facility after suffering memory loss and this area carries two practice levels. The first level takes place on a private yacht where you need to kill a certain individual in the party that follows a simple path. This level acts as true training mission giving full guidance as you move along taking out those in your way, dressing in disguise and ultimately eliminating the target. The second training level takes place at a heavily guarded military outpost where one single target is also the goal. This time around there is far less guidance assisting players and it's mostly a test of what you learned in the first training mission. It also features some well armed military units so it'll require a bit more skill to complete, but it didn't take me too long to move through. The final and best portion of what's available is a mission in Paris during a fashion show. Your objective is to take out two targets which are a deadly couple and never seem to be remotely close to each other. You will finally get a full taste of what Hitman sets out to be as the level itself is just this massive building with multiple floors that are filled with detail. Some of the rooms are filled with hundreds of people taking on the catwalk whereas others are more intimate section with guards or rich individuals relaxing. Aside from the main campaign or level freeplay there are also contracts which have you target other individuals in the Paris level to eliminate instead of usual campaign setup. With the contracts in place it creates multiple playthrough opportunities that keep it from going a bit less stale. 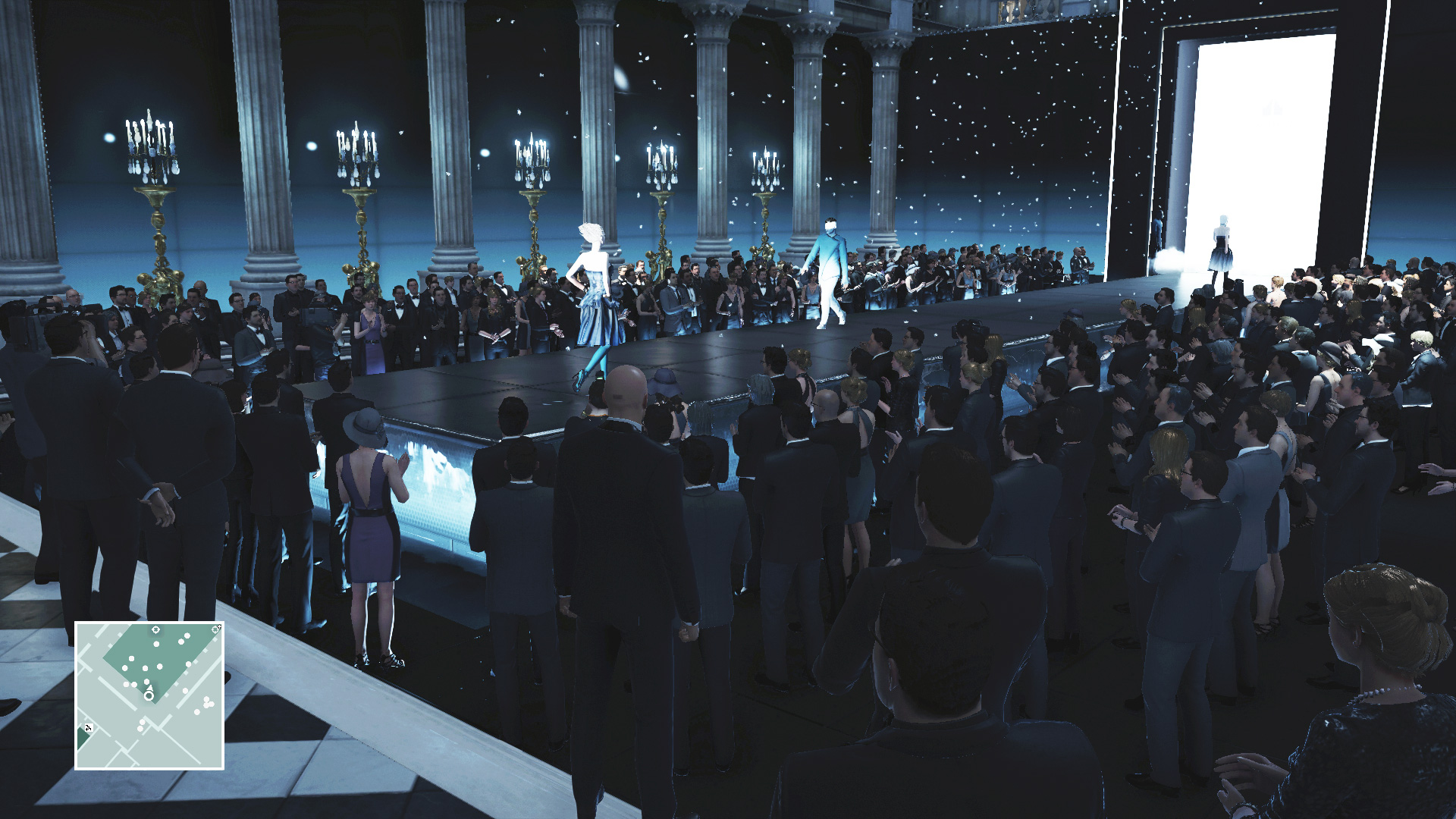 The Hitman: Intro Pack provides just a small taste of what could come together for a decent strategic assassination game with the style of the usual franchise. At this point it doesn't feel compelling with what's available and gives a tiny portion of a title instead of being a full experience. I'm not sure that the episodic style for Hitman is something I like as I'll probably forget about the game by the next release and just feel like I got a tease. Everything plays well and there's definitely replayability present if you want to take out contracts, but even that becomes stale fairly quickly. The worlds are absolutely stunning with detail and so many options of how to move through levels which was impressive. Still, I felt like what I played was a hollowed part of a game that didn't take me very long to complete a couple times over and there wasn't much of a story going on at all. Fans of the series will definitely enjoy playing what's available, but if you're unsure I'd suggest waiting until more of the package is out.