"How I Got Over Painter's Block"

Layers of Fear is a first person point and click adventure that casts you as a once successful artist who has lost his focus, and his mind. The Artist returns to his house, his wife and daughter mysteriously absent, with the singular goal of finishing his masterpiece. Exploring the house fills one with questions regarding how the Artist came to his house abandoned by his family, and scorned by his peers. Many of the interactive letters help to set up how irrational the Artist has become. Angry notes left by his wife, concerned letters from employers, along with countless empty alcohol bottles left all around paint a picture of how low he has sank. Also set up in the prologue is the Artist’s obsession with rats. Countless traps are set about the house with no success, perhaps as a reminder to how his gnawing failure constantly haunts him. Once the key to his studio is found, the Artist finds a toned canvas waiting in the center of the room. At this point, the game begins as you enter the corridors of the Artist’s mind to piece back the memories of his broken psyche. These hallways resemble the house, although more dilapidated, with disheveled rooms with the walls broken away as if looking for the elusive rodents within them. These areas house the clues used to piece his memories together to learn how he has come to this point in his life. He must always move forward, as the doors lock behind him. Meticulous exploration in the prologue will give some familiarity to some of the areas. Although they are much more twisted now, revealing some of the grizzly deeds committed by the Artist. At the completion of each level, he finds himself back in his studio, adding another layer to his masterpiece.

Layers of Fear is set in a realistic looking Victorian style house, it has electricity and indoor plumbing setting it around the turn of the 20th century due to the references to “The Picture of Dorian Gray.” The setting is highly interactive as just about every drawer, cabinet, and door can be manipulated. This style of exploring everything around suits the pacing, as the Artist cannot do a speed run through the house due to his disability. The music helps set the tone for the current scene pulling you in as any good thriller. Jump scares are not telegraphed, which makes for some memorable moments. A minor annoyance could be the way the Artist sways even while standing still, although this can be turned off in settings. A control issue I noticed was that when looking too fast, the camera motion got a little choppy sometimes at the default setting, I solved it by simply lowering the sensitivity a bit. The narrative pulls you in to find out if the Artist is a monster, or a victim of circumstance. Replay value is supported by a chapter select allowing you to relive any unlocked chapters, and also three separate endings to this grim story. 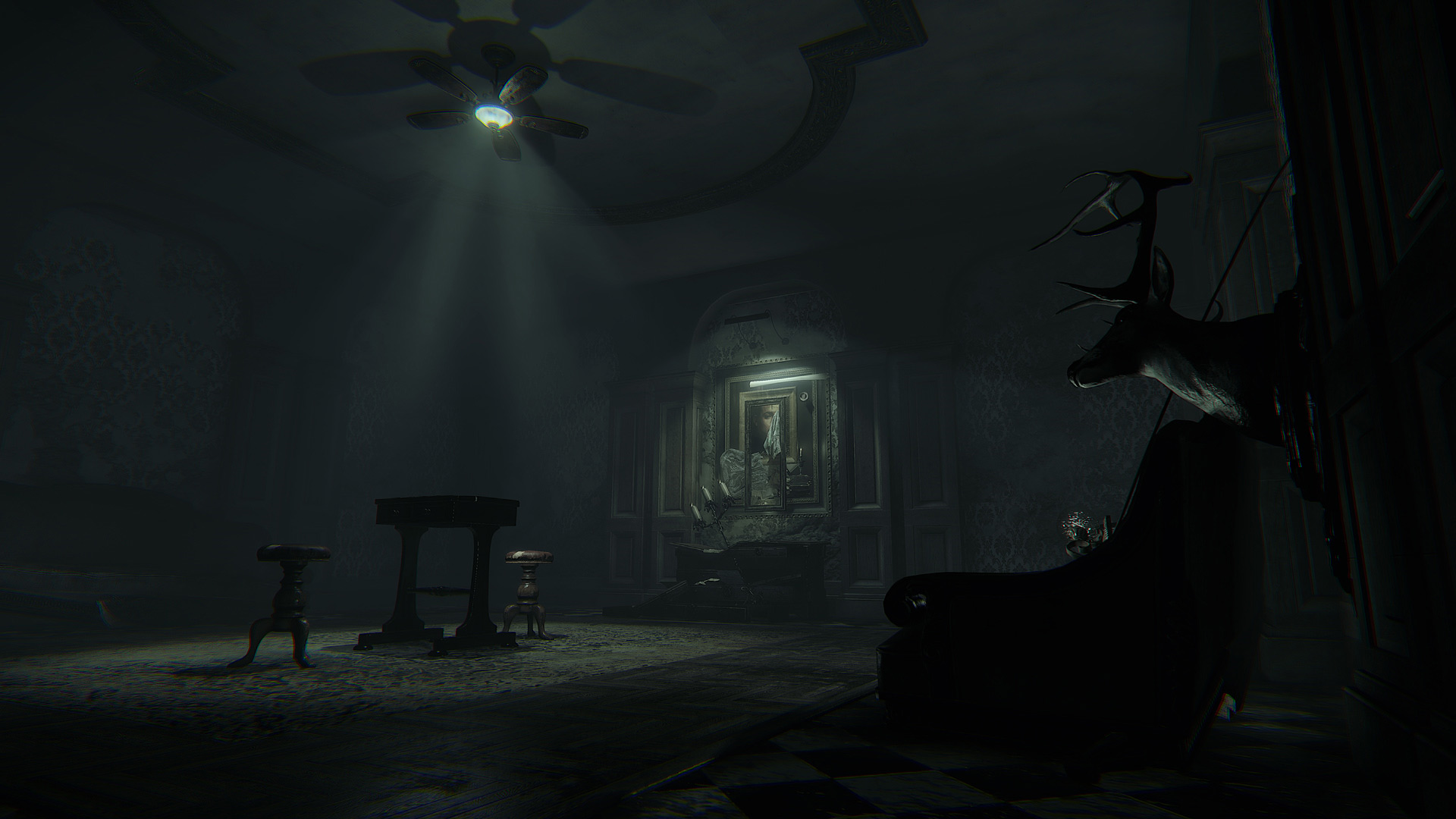 Layers of Fear’s narrative does well as a thriller in keeping the player engaged. Wondering what will happen next, and trying to formulate some type of profile as to the Artist’s motivation. I found my search for answers had me scouring every possible crevice, putting myself in his shoes, trying not to miss anything. This is not a game to be played with the lights on. With the story surrounding this man posing so many questions, causing a deluge of theories, and all set in the creepy confines of his mind. Layers of Fear delivers on an interactive cerebral thriller.