Dungeon of the Endless Xbox One Review

Dungeon of the Endless is an interesting take on dungeon crawling having players guide a group of survivors in a space styled environment. At the start of every level players have their power crystal and they'll need to transfer that off the level in order to continue. It's the base of their ability to create additional resource collectors or turrets to help protect and illuminate discovered areas. The resource collectors funnel into three key areas which are science to spend on research among other things, food for health consumption and manufacturing points to build new items with that were listed above. There are also many levels of managing since each character is individually cared for and has set abilities. Not every selected character can carry the same weapons or have the same bonuses and you'll meet more depending on how long you're able to survive in the dungeon. Coming from PC I was curious of how they would tackle movement and they did a great job of making it much simpler than expected with players just tapping the room they'd like to visit. The rooms always start as areas of darkness and will need to be explored by the adventurers with any sort of event possible as they enter. There could be a number of enemies, free treasures or even friendly traders with a weapon if you have the supplies for it.

The game carries a pixel style of art which looks great and very detailed to make the environments come to life. It's got an easy going control scheme allowing players to sit back while the action is going on and manage everything. It starts off simple enough with a couple characters, but can grow quickly with additional roster members and buildings that are created through progression. Each of the buildings present an important aspect of what's necessary to survive so players will have to be careful in what they choose to create across the rooms. The game also does a great job of keeping things fresh even in the same playthrough as you almost need to start fresh on every level you work through. Everything generally plays well while keeping it simple enough that it doesn't become too hard to manage. 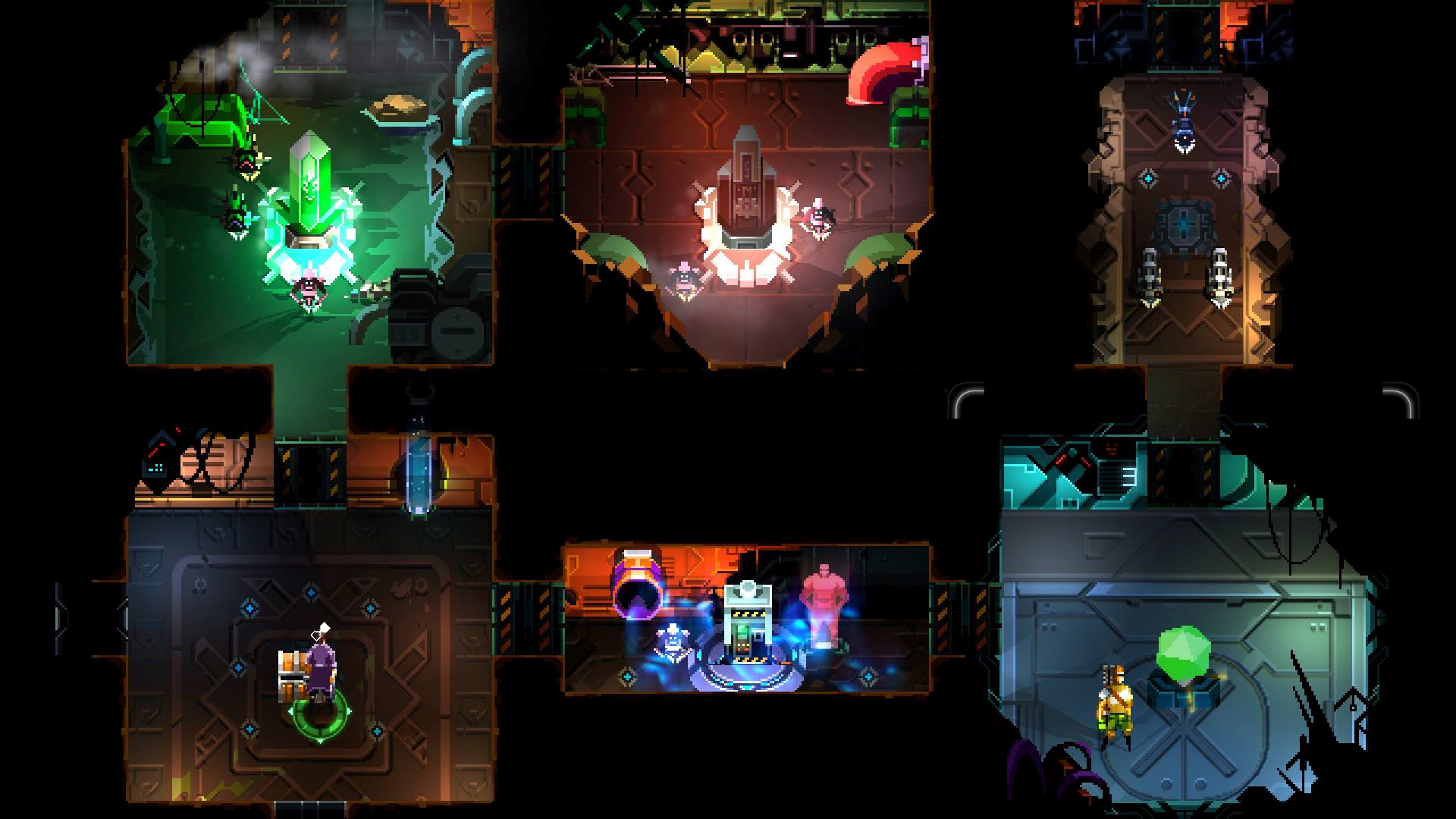 Dungeon of the Endless is a great title that was well ported to the console, it features the same sort of experience but on Xbox One. It's a great game that features endless playability as players attempt to learn strategies in order to make it through the dungeon. The pixel artwork also looks well done bringing with it a unique look of gameplay. It's really a solid title which I'm sure many would enjoy as it has all the elements of what makes dungeon crawlers so addictive with a space spin on things and a bit of random gameplay.