The greatest action figure of all time is now racing to save the day in a world larger than any action figure could ever imagine. You play as this fabled hero or other unlockable characters to race across a series of levels in the fastest times possible. Each chapter area features a number of levels and a general theme where you're trying to hit certain times to score medals. These medals are the only way you're able to continue of which I'm not a fan of games locking you behind time trials though many are fine with I'm sure. The game also provides a ghost figure of your choosing whether it's that chased after gold or perhaps just a past ghost so that you have a marker to race against. Levels are usually very quickly paced since it's all about getting the score and this feels intense most of the time. Many of the races take part on sections of what looks like Hot Wheel tracks which was great, but there are many other regular items to be found as well. It's also crazy how much the environments change across the chapters with the scenery being worthwhile to take a look at while you zip on by. Each chapter also includes a bonus battle which is unlocked by collecting a medal in each of the categories. Aside from campaign the game also has a local multiplayer race for four players, somewhat disappointing it didn't support online play.

The environments are incredible with an array of neat things to take a look at though you're mostly focusing on the foreground where the Henk is racing along. Some of the rooms could have benefitted from a bit more shine to them as they came across a bit dark in tone. There's still a great amount of detail which I'm sure many will appreciate and the view from an action figure's perspective was great. It plays as a sidescroller, but it does a great job of scaling to make the outer world look wondrous. The controls are also well done being simple to use and build momentum though I had a difficult time in some of the dip sections which became frustrating. Other than that it was great speeding through portions and it felt like an epic rush. It was also great how no matter what you were doing the camera was always well matched with Henk as not too lose him in all the madness of the track. 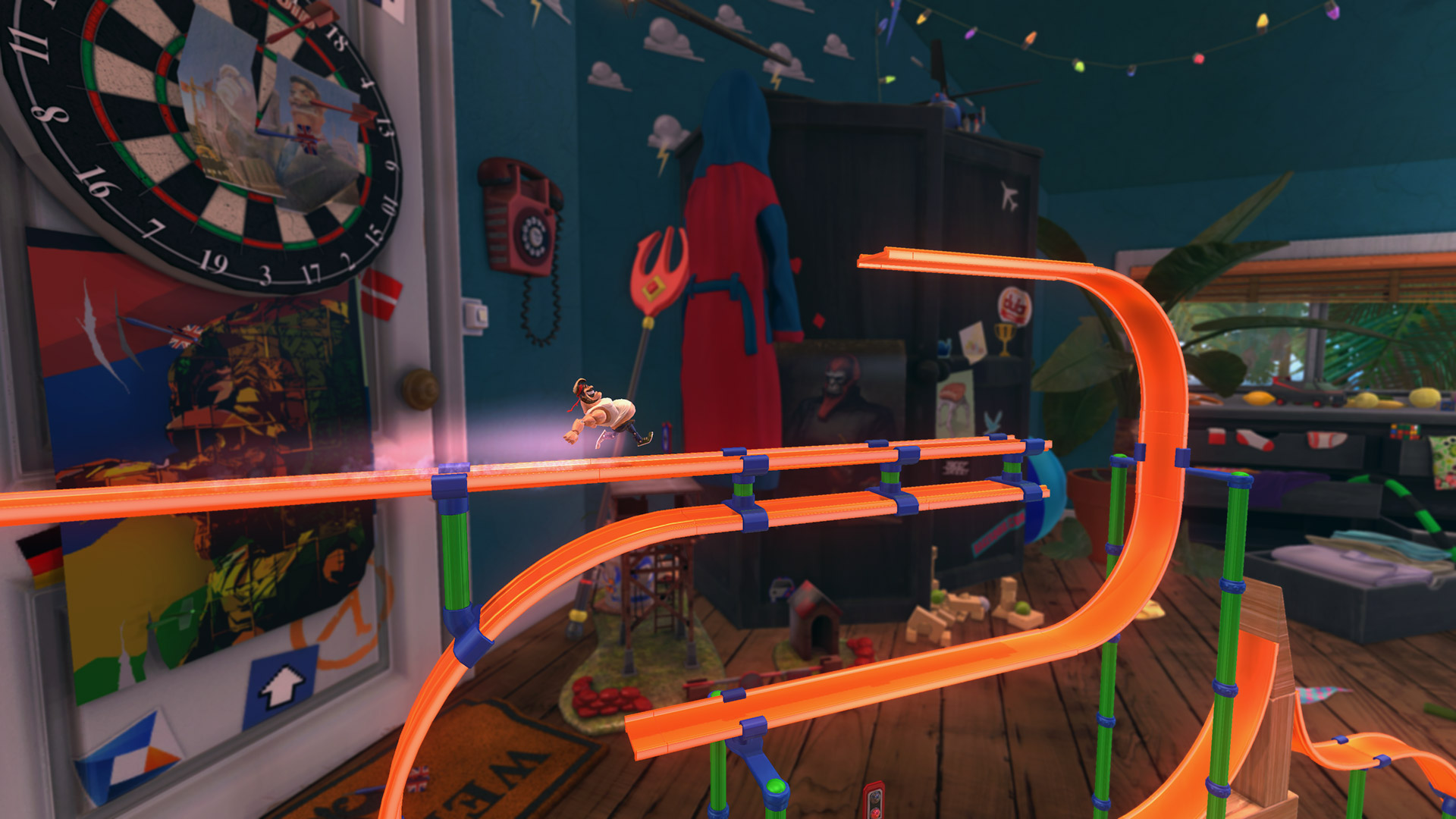 Action Henk is a solid speed running title with only some minor annoyances and a decent campaign length for players to run across. There are many medals to earn and I'm sure many will be racing towards that fastest time score on the global leaderboards. The game offers a solid experience for those wanting some with speed, tight controls and exciting environments to race in.