It's been awhile since Telltale has tackled The Walking Dead universe and with that they're giving us another brief glance at the universe in this three episode miniseries. With that I'll dig into this episode which has a fairly lengthy opening segment and then presents use with one of the shorter episodes I've played. It appears at least with their Minecraft Story Mode series and this one that they're really shortening episode length. The story follows Michonne which should be well known to both the viewers of The Walking Dead show or comics, but you don't need have seen either to play this game. It picks up with Michonne being in a very dark place haunted from her past to a boat with a new group of survivors. It was interesting to have some sea elements to the series as we rarely get to see that side of the zombie apocalypse and it created a nice setting for the story to take place. Michonne was also a very badass character which can handle herself compared to the weaker characters we're used to, but maybe too strong since it removes the fear of death which is essential to these games. The story also felt like it followed past "events" as you would call them which feel all too familiar from other Telltale series.

The game takes the same cartoon, yet realistic look from all other Telltale series and presents a much more polished episode. There were some issues with items pushing threw characters though it was much better than usual. As with every episode I will also state again that they need to get a new engine at some point or at least update things, but it still functions alright. The mechanics are as usual just occasional quick time events with buttons or moving the sticks and it plays out as an interactive movie basically. There were some minor parts of moving around freely, though these sections were very constricted creating more linear portions. 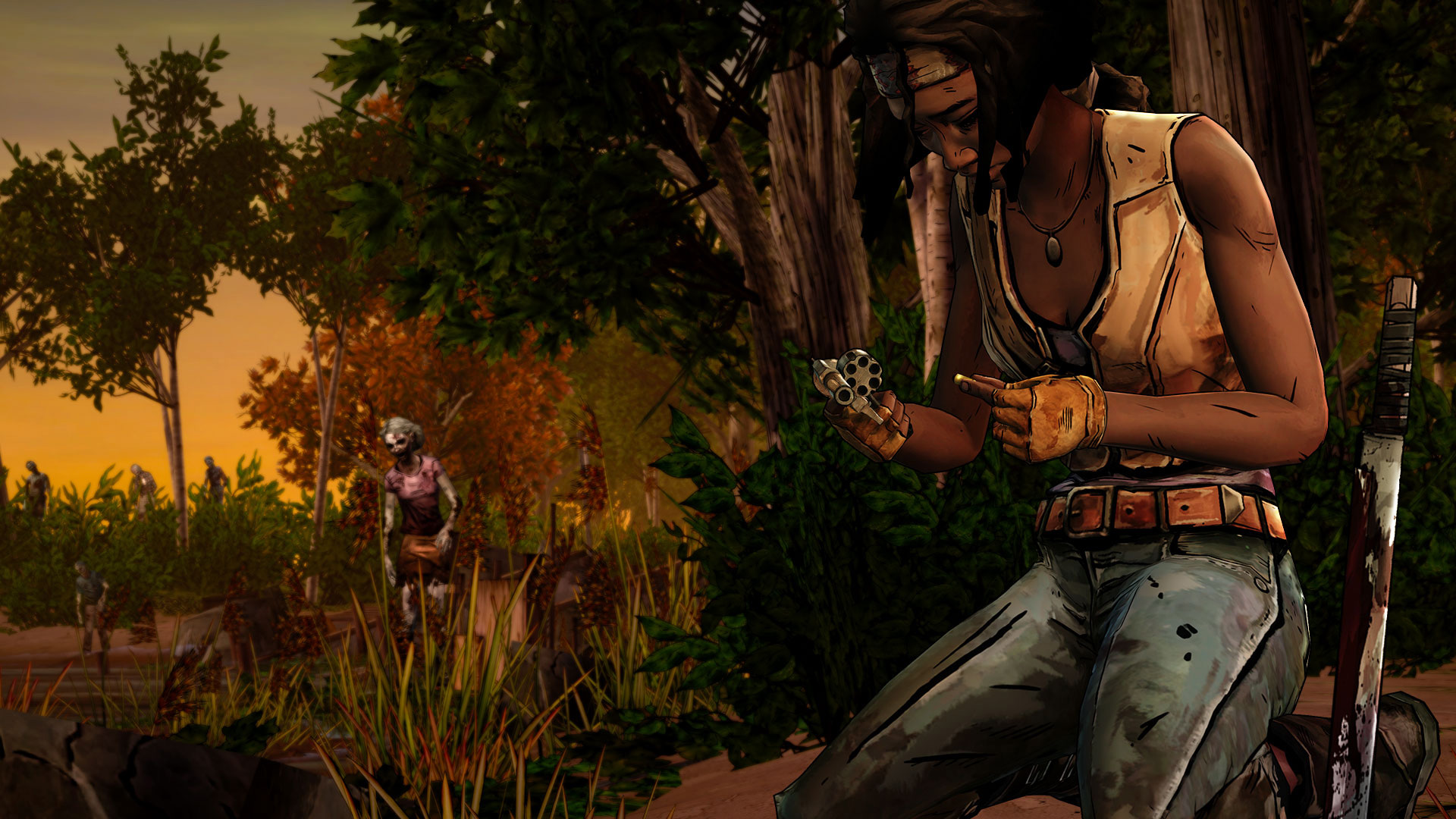 The first episode of The Walking Dead: Michonne works well enough as a first episode though it doesn't do anything truly unique to make this episode stand out from anything else. Michonne seems like an interesting character in this series which has some serious issues, but she might be too tough of an individual to make us fear death. That aspect is what makes the past seasons of The Walking Dead so intriguing and hopefully they do a better job of building up the side characters so we care about them instead. In Too Deep was an alright episode, but I'm expecting more from this series since it's so short and is somewhat hard to tell what will happen just in the first portion.