Ironcast is an interesting game which focuses on battling in giant steampunk mechs and stacking up points for combat in a gem matching section. These actually work well together and it's one of those interesting titles where perma-death is possible as you only get better every time. The goal of the game is to cleanse out pockets of enemy troops as the French are invading Britain and you're one of the last Ironcast fighters left. It's really a simple title in terms of picking your battles and the options present within those battles. There are a number of dots on the map each time it's loaded with a variety of quests from straight up take out enemies to collect crates or even doing certain tasks to study enemy mechs. This is mostly fine though it quickly becomes repetitive and the missions themselves have an odd difficulty. Despite being at a medium level some levels were just much tougher with enemies getting random critical shots. It could be a very difficult game at times since damage needs to be paid for with scrap so eventually you'll get chipped down, you do gain commendations while you play though. These are spent after you've been defeating and can be used for permanent upgrades to your mech for the next playthrough.

The gameplay aspects are straight forward as the mechs can be found on either side of the screen with your gem screen available on the front. The gem area allows you to move and chain them together in any sort of way you desire whether that's vertically or diagonally. There are also some small extra gems that can be found which chain or extend your gem streaks. All these gems have different colors and they all add up in separate categories. This is where things get complex as there are so many systems to manage and you have a few chains per turn to manage them. You need to gain fuel, weapons and even collect cooling to keep those systems under control. Energy allows you to move the mech to deflect shots or put up a shield whereas the repair ability can be used on each system since they can be destroyed separately. It will probably come across as slightly confusing and that's how I felt for the first bit as it can be overwhelming. After levels you'll also have a whole scrap fixing your mech area and a number of upgrades to buy which last for the playthrough. 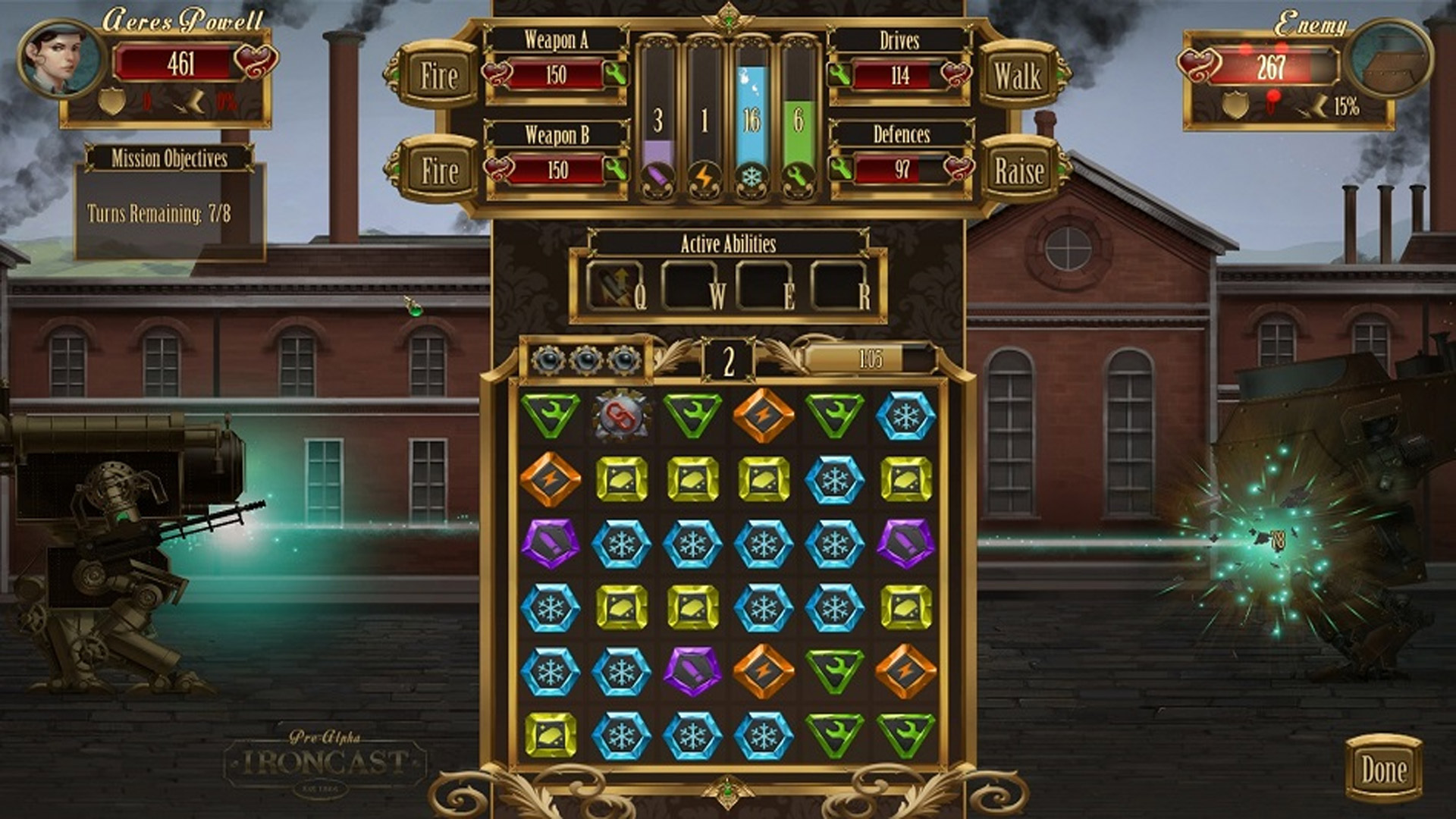 Ironcast is a great game for those that enjoy managing various items and the more strategic folks out there. I found it a tad overwhelming at the start with the amount of things they throw at you all at once, but I learned fairly quickly how everything worked. It does however take time to get your strategies developed to survive and still be able to upgrade your mech by the end of the round. I didn't particularly find that there was a ton of content in the game as it was quite repetitive and the perma-death system didn't help that aspect. The dying part didn't bother me too much as it was neat, just need more variety within the levels. Ironcast is a solid title which has interesting strategy elements, but isn't easily accessible.

Ironcast Review on Xbox One
Review Code Provided by Ripstone