Gunscape takes the classic world of old school first person shooters and just gives the community the ability to build whatever they want. As with the tagline of Create, Share and Play it does give players that exact amount of power with a great set of tools. The developers have even included some pre-built levels along with a campaign to show off what's possible in this game. While there are some options for playing pre-created items it's really up everyone that plays to continue building content. Players are able to create a very wide range of custom maps across a selection of the most popular gametypes in shooters. It has everything from straight up deathmatch scenarios to capture the flag or even infection. Players are given the choice to include whichever modes they want into their custom levels and then share them with friends or even online for everyone else to enjoy. Aside from the regular competitive multiplayer you can also create missions with a variety of enemy AI to be played solo or in coop. The game may appear to be lightweight, yet the possibilities to create and endless amount of maps for everyone to compete in could be fantastic. It's also incredibly easy for players to find matches online or even to just join in with a friend.

It retains the charm and simplicity that makes the original first person shooters so classic. The graphics have that old school pixel design to them and it works for the title as that's what it aims to emulate. There are pages of custom blocks to build with whether that's general cubes or more decorative items as well like flora. These offer a wide variety of items to build whatever sort of creation you want and then just easily share it with people online. The controls also work well for first person shooters with some of that nice jump action and hardcore classic arcade combat. There's also a good selection of weapons to be used from standard guns to rockets and even grenades or melee weapons if you pick them up. The level creation is easily accessible with building being simple enough that anyone should be able to create a map of their choosing. 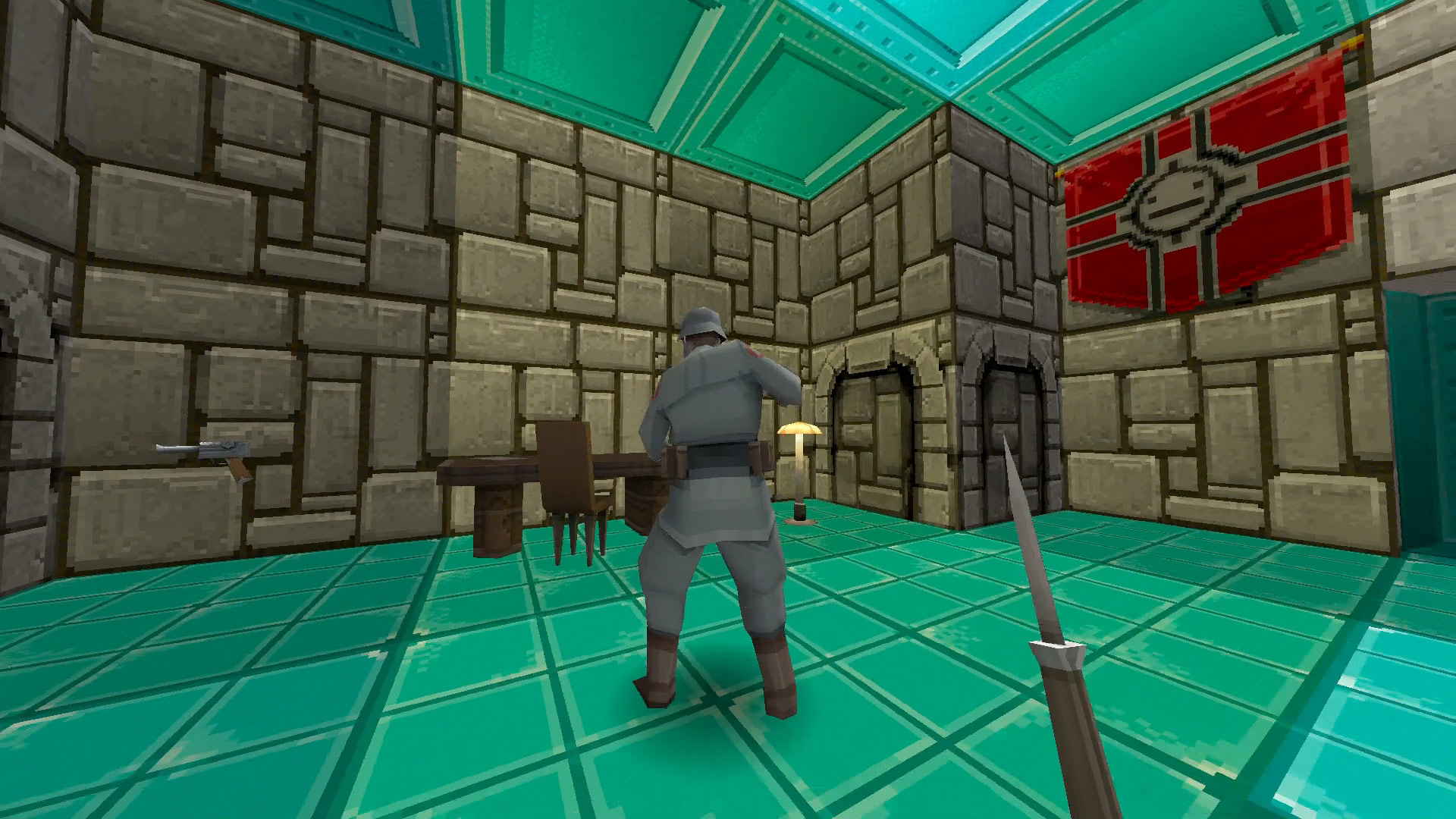 Gunscape has great potential if people support the game with creation and even at the point of writing it has a good stockpile of maps present which I'm sure will only grow over time. We're sure to see a great selection of campaign levels, crazy wild multiplayer ones and even well balanced competitive arenas. The game provides a solid foundation for players to build from and many customization options. There are even a number of characters options which can be fun as I was a block guy! It's a simple game with a great premise that can be enjoyed by fans of the first person shooter experience with easy to use building options. It'll be interesting to see the variety of maps people create while playing and I'm sure it could become an exciting shooter community.