At this point I've played Tiny Troopers many times on almost every platform and they're really just added a couple things each time around. While that may be an odd start, this game really is basically just the same thing if you've played past games and not everything ports over too well. This is in terms of the environments and visuals of the game since many were fuzzy. That's not a terrible aspect as the core mechanics were great, it's just that I expected a bit more being ported to the console. The game features two core campaigns that you can playthrough which are built through a series of levels. These levels are quick, though in decent enough numbers presenting a fair amount of gameplay for each. The goal of each level is to obtain three stars for your work on the objectives while also grabbing some of the semi hidden collectibles along the way. You'll also earn cash in each mission which can be spent on squad upgrades or special weapon deliveries during future missions. Some examples of upgrades are better armor, weapon boosts and a couple more things of the like. There's also a fun zombie area which has a couple missions and some endless survival wave levels to play. It's hilarious to see these small troopers get chased by zombie chickens and the waves do present a good challenge.

The game plays well on a controller with all troopers following a singular command greatly since the game has a squad based control system. The controls are in the style of a twin stick shooter with nothing too complex when moving around. It's also simple to use the extra items that you spend points to receive the in-game drops. The visuals were not very impressive sadly as they didn't take time to upgrade anything and there were many fuzzy or generally poorly detailed areas. The worlds also felt dated as they were small and empty during the larger ones. It would have been nice to see some lengthened levels or at least more content within them. 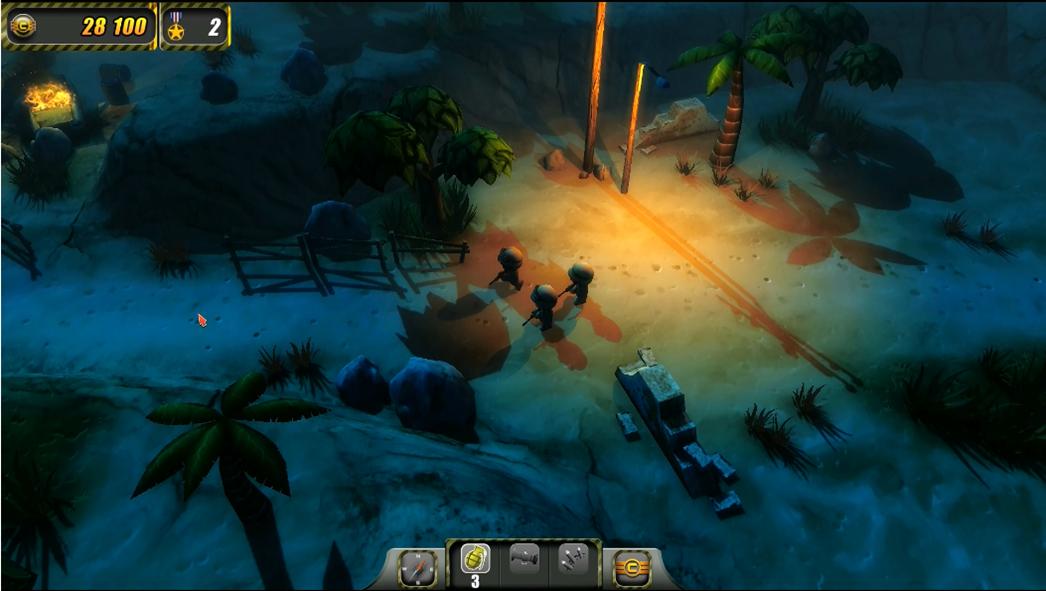 For those that haven't played Tiny Troopers before than this is a solid experience to check out as there's a bunch of gameplay available. Returning players will most likely find that there isn't much new for gameplay and not enough to be that much of a draw. The game looks alright though many aspects of the graphics were quite dated which was disappointing. Tiny Troopers is still a solid game which I'm sure many will enjoy as its quick and to the point with some fun to it all.