"Blast from the Past"

Screencheat aims to emulate what made classic local multiplayer gaming so interesting in the past. It does so with some light commentary across the map with bits of laughs at the play and by splitting your screen in four. That's right, the game is split into four boxes (up to eight players local/online) just like the days before online multiplayer and tasks players with killing each other. The next twist on this is that everyone is invisible and the only way to seek others out is by looking where they're on their screen. That's the premise of the title and as far as gameplay goes it's just a wild mix of crazy party games. You can play this game locally or online with other players of bots. It's got all the great customizing options you want for fun private games and efficient matchmaking for those that love online play. It'll also fill those matches up with bots if it can't find players right away to play with which is great. The amount of games available is crazy from regular deathmatches to one where you hold this rainbow pony trying to get the highest time with it (like Halo Oddball). The multiplayer mostly just keeps rotating fun modes with each match only taking a couple minutes which has great pace and it's generally just fun. Aside from the regular multiplayer there's also a time trials area where you race to get the best score in some challenges for those wanting more.

The game looks great with a nice cartoon style to it and the gameplay is generally very light so all ages could easily enjoy this. It also features some nice comedic commentary of what's going on in the match and presents itself in a colorful yet easy going UI scheme. I was actually quite shocked with having to adjust to this old school style of play since I haven't played four players splitscreen for a very long time. This was certainly hard to get used to though it work wells in this game and it was still easy to know exactly what was happening in the game along with the current scoring. There's also a wide variety of maps present to play on and a ton of gametypes to battle it out on. 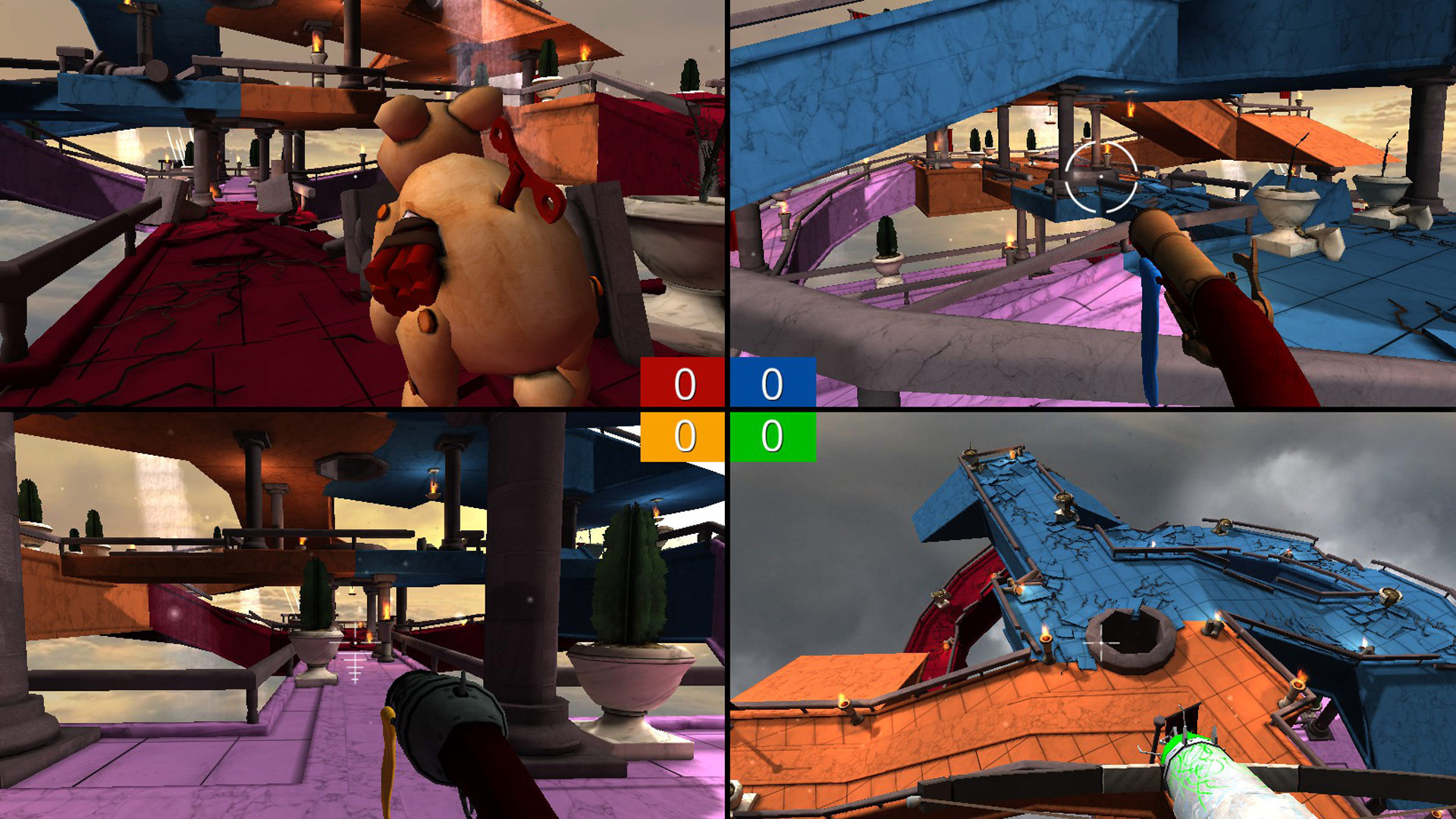 Whether you're trying to recapture the old days of local multiplayer or just looking for a solid fun shooter than this is perfect. It's gone to great strides to provide a laugh and solid multiplayer combat. There were times when I was smacking people with a candle stick or being chased while holding the rainbow horse. It was also crazy to just see bullets being fired as the people were invisible moving around and it took time to get used to the whole four corner thing. Screencheat really does do a great job of capturing the essence of old school four player local multiplayer and updating it for the modern times. Definitely a lot of fun and a great party game for multiple players or those searching online by themselves.