Wondershot is a top down medieval themed battler offering single player and coop action. The game begins with an optional tutorial for first time players. Although time consuming, the tutorial is very thorough in explaining every aspect of gameplay. I found this helpful in explaining the different attributes of each weapon. Weapon abilities can allow passage through walls, home-in on enemies, and shooting around corners. Once the tutorial is completed, there are two different game modes, Battle and Adventure. Battle mode allows players to form local multiplayer teams of up to four players, or go at it as a free-for-all. The rules for the game can also be tweaked to impact gameplay. There are three preset battle modes along with a custom mode. Players can opt into a match in progress drop in style for more frantic action. Adventure mode features two separate game types. Kingdom is a single player experience where the kingdom needs to be protected by invading monsters. There are time attack and brawl challenges through different areas of the realm. Try to beat the Devs times, and check your performance in the online leaderboards. There is also an Endless mode where players can fight waves of enemies in local coop, or go it alone.

The game looks smooth, with charming Anime style characters and backgrounds. Game mechanics are easy to pick up and get into the action right away. Utilizing each weapon to the full potential is a challenging endeavor. Pulling off trick shots, like multiple bank shots, or hitting enemies through warp portals, make the levels more satisfying. The music is a looping arcade style synth, but feels a bit dated for the look of the game. Character selection is balanced with two male and female choices. There are also four weapon types, and multiple power ups available on the battlefield. 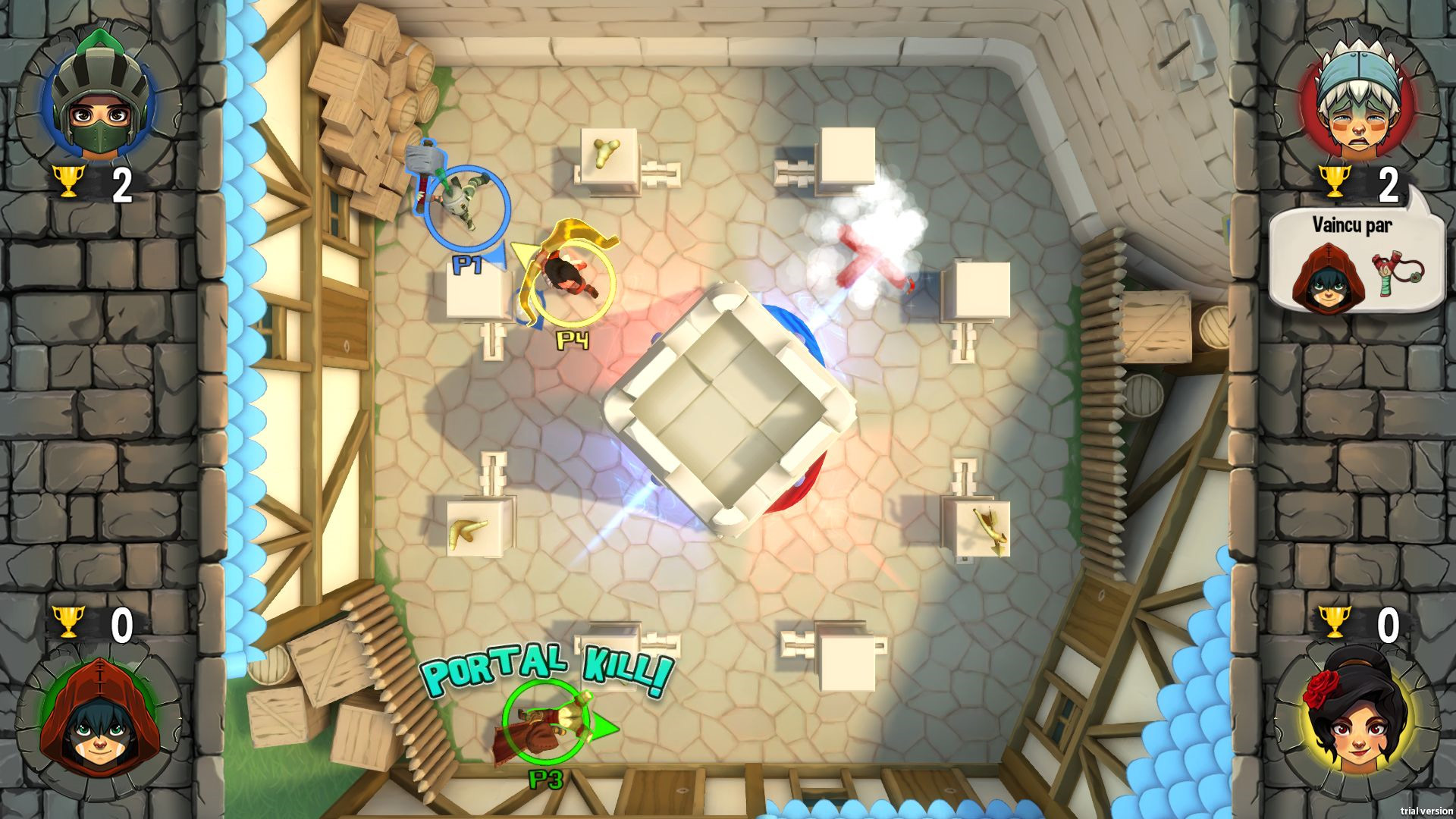 Wondershot makes for a good couch game, although it may not be able to hold up against other cooperative offerings. Despite the intuitive basic controls the experienced player will quickly dominate rounds. This coupled with an out of date soundtrack make for a passible experience. While the player characters are done well, the enemy design is uninspired with many being simply stylized balls. All this considered, Wondershot falls short of a fun gaming experience for the living room. It was also disappointing that the game was local only as it would have been more enjoyable with online multiplayer options. Coupled with an equally trite single player game, Wondershot misses the target.

Wondershot Review on Xbox One
Review Code provided by Reverb