Playing as a high school warrior trained in ancient arts you're on the trail of this demon blade that has consumed your friend with evil and it's up to you to stop her. This is done across a number of battle arenas as you fight almost seemingly endless waves of enemies. The arenas are just a circle space which is a shame considering on fluid and well done the combat is. It seems almost as though it would make a great fighter title if the mechanics were just adjusted though best to keep on track. You battle it out across a very large number of waves with many enemies at once which gets mostly tiring and just overwhelming at times. Luckily there are checkpoints at the start of every wave though for some of them it's the biggest pain to restart. At the end of the waves you'll face a powerful boss which always finds ways to hit you though they all follow a learnable pattern so not impossible. Between the levels you'll also get a decent cinematic introducing what's happening though from there it's just wave battles. After slaying the various enemies you come across you'll gain some experience points which can be spent on upgrading your various abilities and adding new ones.

This game features some of the most beautiful and fluid combat I've seen. It perfectly blends the whole mystical abilities with sword fighting very well and I wish the game displayed this in a different format. While it's amazing to see a large combo chain be unleashed on hordes of enemies at once it still gets very tiring and overwhelming after a point. It's honestly just boring fighting the same generic enemy on repeat with at least six to ten battling you at once. The environments really didn't look all that great though they did provide some scope though the character models were very beautiful. 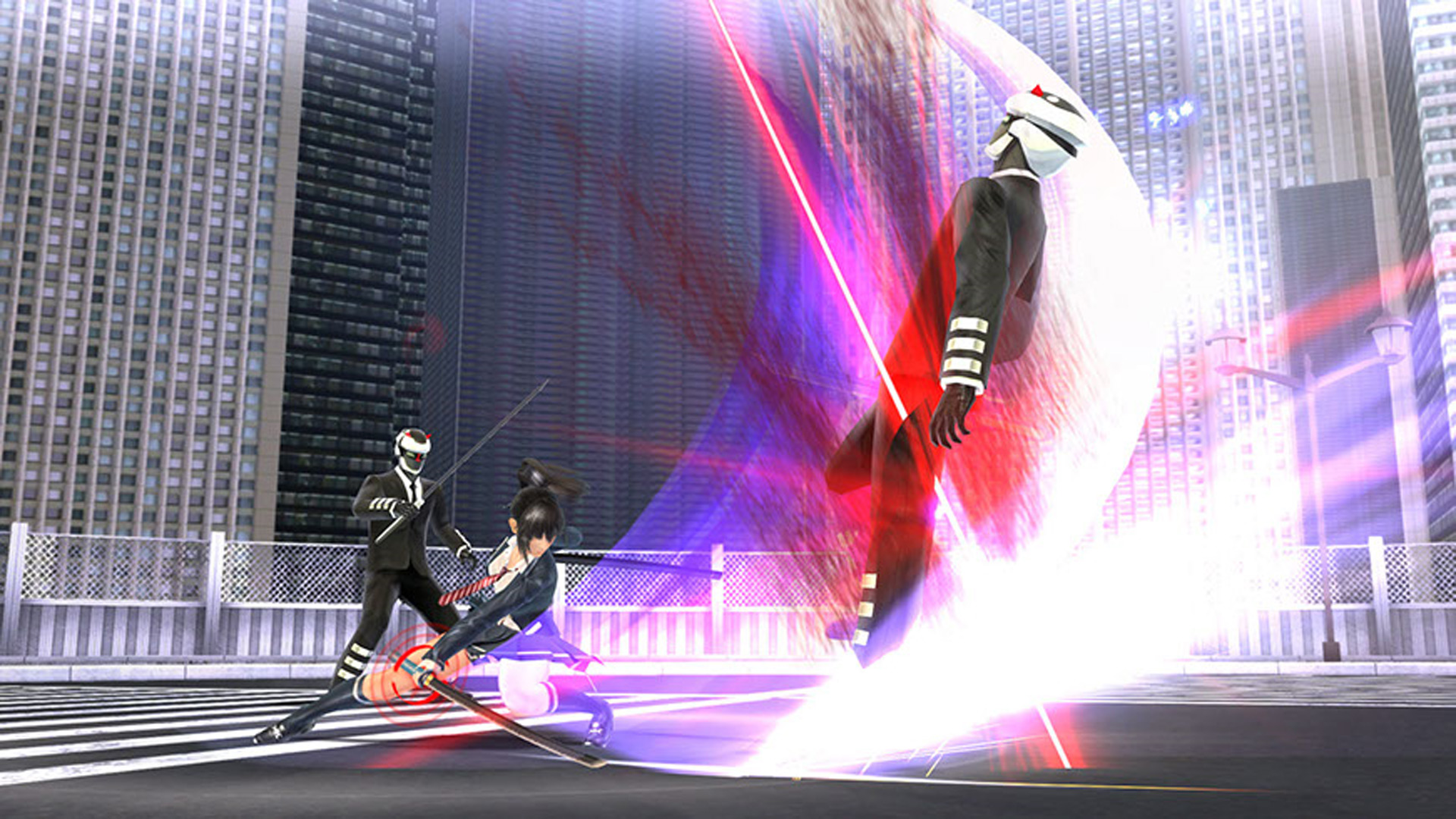 There really wasn't a whole lot to Mitsurugi Kamui Hikae with just the campaign being the only area to play aside from a brief tutorial. At the start everything felt great with a good flow to it as you cut up groups of enemies though it quickly became a huge grind to progress with great fatigue. I like mulching through enemies just as much as anyone, though it became overkill. I also wasn't a huge fan of how the bosses always seemed to find your weakness and were able to cause devastating damage. The checkpoints were nice setting them at waves and I will warn you to manually save as well. The character models were very well done though the environments left a lot to be desired. The fighting was another well done part of the game being very fluid in attacks and I loved it. It's a decent game though not something for everyone as it targets a specific niche and just features the campaign mode which is just fighting in some circular arena for never ending waves.