The Living Dungeon is done in the true design of a classic board game having you play across many wooden styled boards whether that's within campaign missions or the local multiplayer aspects. It's a type of game that you really don't see on consoles or really any sort of games in general. The campaign is focused around falling into this deadly pit that apparently only the worst of people are cast away though many guards and such appear so it really isn't as bad as what they say. The story follows a series of characters that are loosely connected across the levels and their struggle to survive. Each level is a set of square pieces thrown together to set up a small area of battle. Floor pieces can also be destroyed or removed on a whim which can cause instant death. There's actually quite a lot of death that happens in the game such as getting too close to enemies, ending your turn on a bad spot or generally being unlucky. There are also some cutscene aspects that appear between the levels though they weren't that interesting and the voice acting wasn't that well done. Aside from learning and battling across the campaign there's also a local multiplayer aspect. This is another core portion of the game where you can battle with either a fairly large group of AI or real people as well if you'd like. I actually quite enjoyed these games as there was a variety of modes to play with a number of options to make each match unique. This was sadly hampered by the slow pace of gameplay and that the AI took forever to play their turns which really made matches take too long to play.

It has a nice look to it in terms of emulating the whole board game type of game which is really nice. The boards have that wooden quality and the characters are well done in terms of representing board pieces. When it comes to your turn you get a set of dice which you role and those will determine the outlook of your turn. They will provide you with a number of options such as movement, attach or board manipulation. How these dice are spent is up to you, though with such a limited selection it would be wise to think ahead before making any moves. Enemies also have their own turn moving around the board, having things tilt and this out of your control. If you do reach that moment when you die it can be annoying since you have to start right at the beginning of the level which can get real annoying. I also felt that the loading and decisions of the enemies were a tad long which created a much slower pace of gameplay. 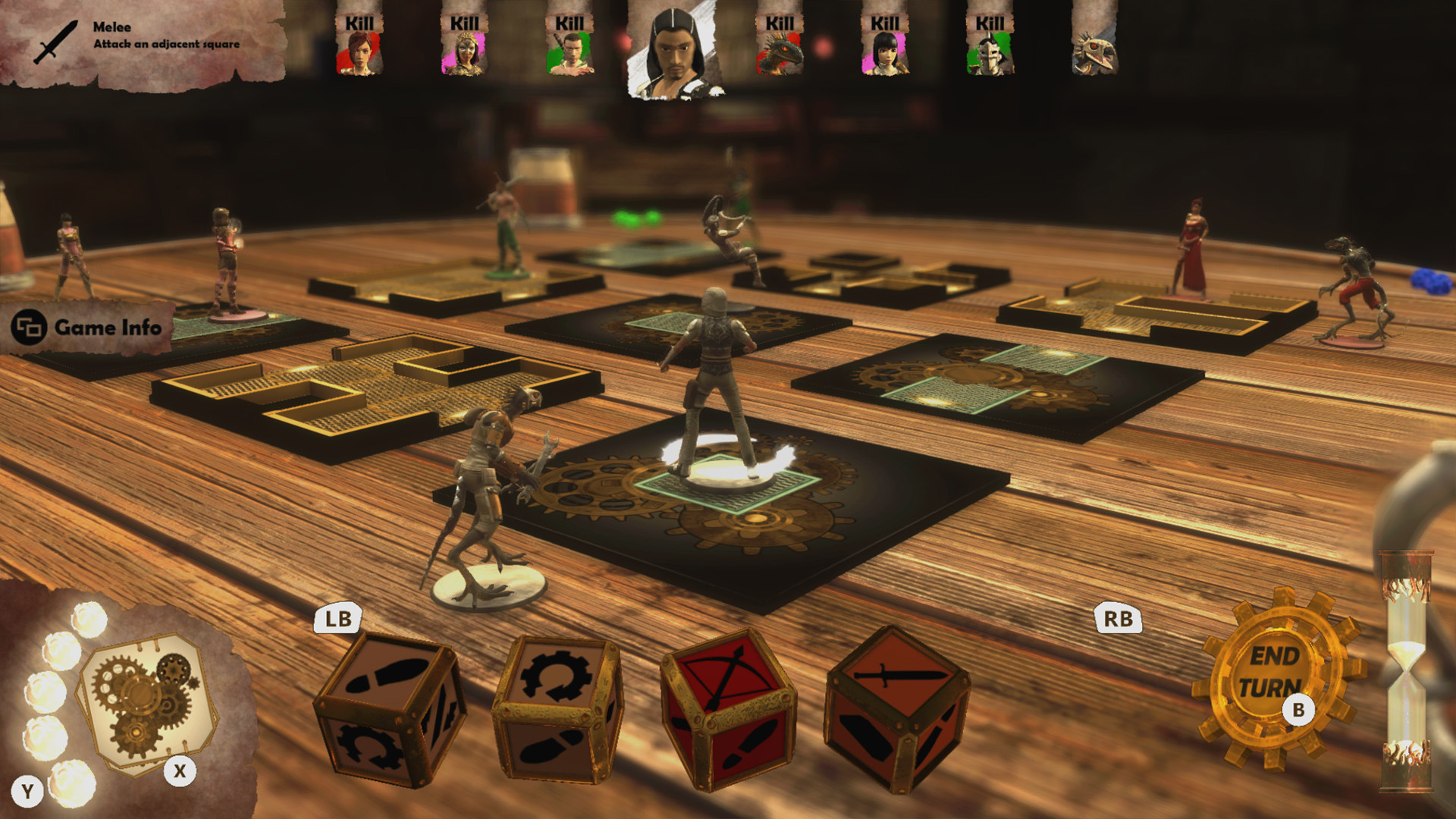 The Living Dungeon fills definite niche out there as I haven't seen any board game styled titles this generation for consoles and rarely come across them elsewhere. It does run fine and provides a great local multiplayer experience though presentation aspects hold the title back with it being a very slow to play game. The pieces themselves look nice and I liked the design of the dungeon though I still wanted a bit more to it. For fans of board games or even titles like this where it's dice rolling dungeons I'm sure it will be well enjoyed though still rather average for everyone else.