Marvel Puzzle Quest is back for the current consoles featuring an even larger cast of heroes and additional content as you make your way through the large campaign taking on a series of well known villains. Everyone is after the mystical Iso-8 and the game revolves around the collection of this item. You select your crew of three super heroes from the fairly large roster with more unlocked through playing and then you begin the battle. There are some bonuses to select as well if you'd like and those are unlocked through playing just like additional heroes. The game is based around the popular match-3 style of play with the list of gems being power-ups to attack enemies and collect towards your hero's special abilities. Each character has a set number of abilities that can be unleashed during their turns with more becoming available as they level up. The game features a full story with multiple acts and chapters within them which provides great length. There are also multiple levels within the chapters that branch out into separate story lines which feature their own unique characters. I was actually quite impressed with the presentation in terms of just how many levels there were, but also that they included cutscenes to form a proper story within the game. Aside from the campaign there's also a multiplayer section where you can battle it out online against others or locally. Since this is a port of the title it also comes loaded with DLC content including Science Friction, The Case of the Cold Chimichangas and Thor: Goddess of Thunder character.

The game is played in the common match-3 style where you need to match gems in order to gain hits against your enemy. It works in a turn based style where each the chooses to use their abilities if they have enough gems saved up or match some on the sheet to hit the enemy regularly. It's a very simple type of gameplay though it can get complex real fast when both sides have abilities and heroes with all sorts of crazy things going on in the gem grid. Special extra power-ups will appear and even some team gems which work towards the pre-game selected bonuses. It definitely looks great with shiny colors and a large roster of greatly detailed characters from the Marvel universe. 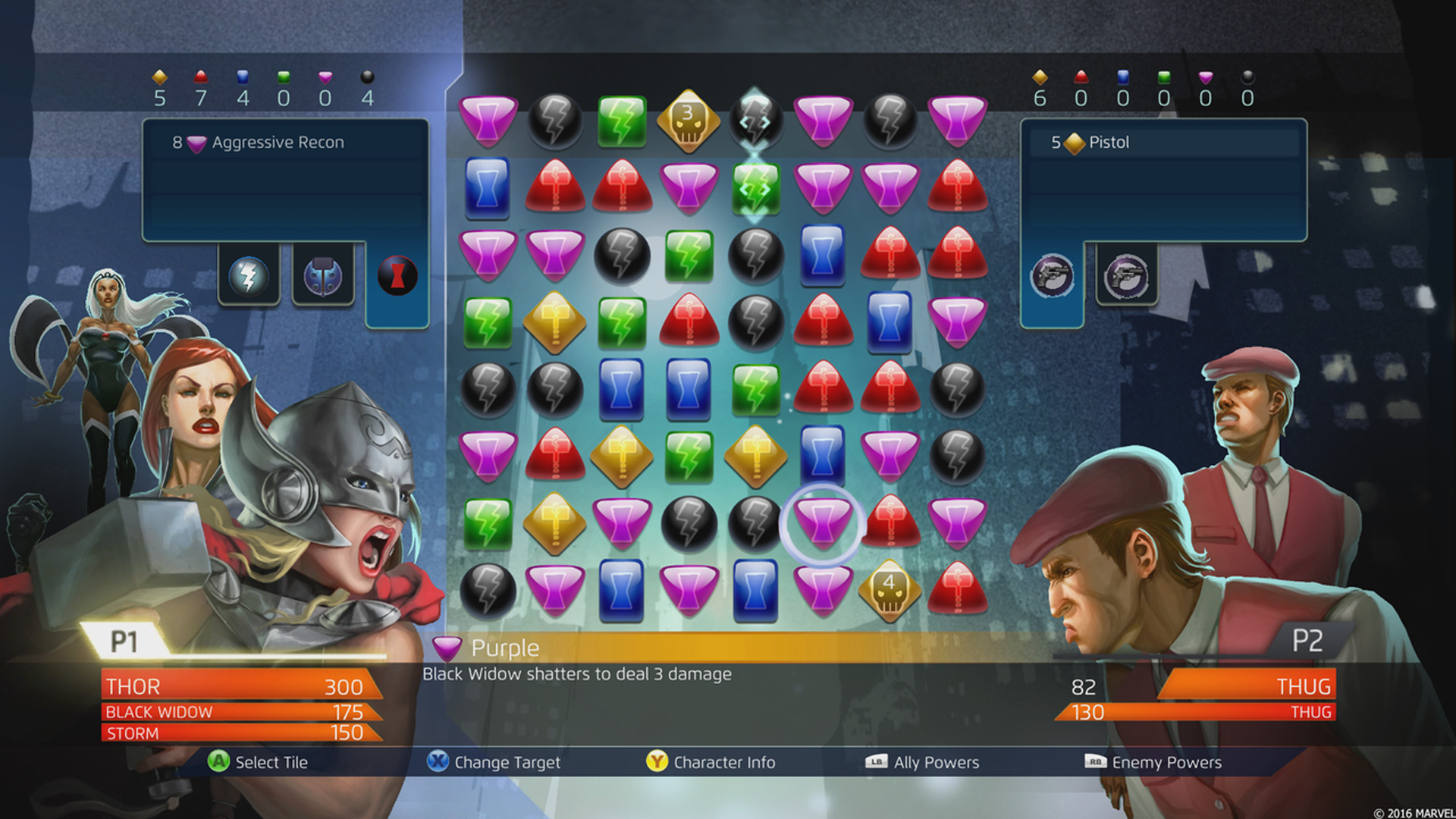 Marvel Puzzle Quest: Dark Reign brings a wide cast of Marvel characters including many favorites that I'm sure you'll know along with a very expansive campaign. There's also multiplayer for those that want to take their match-3 skills online against the world or locally with a friend. The game plays really well with simple controls to play though it can be difficult at times with some of the enemies being quite strong. It still looks great with some nice details for the characters and it does a great job of presenting these heroes within the realms of their lore. I always enjoy games where they manage to get the full roster of Marvel characters together and was great to mix it up to find the best three team combinations I could.