The last installment of the Assassin’s Creed Chronicles series takes place in early 20th century Russia. Literally at the time that the Bolsheviks were removing the Imperials from power. Enter Nikolai Orelov, an aged assassin that plans on leaving the Brotherhood behind to begin a new life with his family in America. Nikolai reluctantly agrees to one last mission for the Brotherhood which will provide him with the money he needs for the forged papers for his trip. He must recover a box held by the Imperial family thought to contain a Piece of Eden. While looking for the box, he finds that all but one of the Imperial family has been executed. While struggling with her to recover the box, it interacts with a pendant that Nikolai wears, possessing the girl with the spirit of the assassin Shau Jun. She now has all the abilities of a trained assassin, and becomes the second playable character in the game.

Together they struggle to reach the Brotherhood in Moscow in hopes of reversing her situation. Returning her to Moscow becomes the focal point of the story, with the Piece of Eden hardly being mentioned again. Her survival becomes Nikolai’s new mission as they try to stay a step ahead of a regime that wants her dead. It is refreshing to see the Assassins pitted against an enemy other than the Templars who are also hardly mentioned after Nikolai gains his new companion. Scores are given at the end of each level based on stealth, non lethal takedowns, and assassinations. Some levels are scored on time taken to complete, rather than the other three criteria. Certain areas in the levels will have a special timed event. These are particularly unforgiving in this installment, making one misstep a constant return to the last checkpoint. Once again, the checkpoints are plentiful, although I often found myself spending way too much time perfecting a run that would equate to seconds of gameplay. There are also Challenge areas outside of the main story. These Animus-based levels are largely time attack, collecting Animus shards, finding and executing an assassination contract, and the style driven Assassinations.

The style of the game is bleak, with the exteriors of buildings appearing black and white. The background features either church spires or factory chimneys belching smoke into a sky that resembles old propaganda posters. Interiors are much more colorful and detailed than the monochromatic exteriors would imply. Having a second playable character adds depth creating a dual storyline converging to the same end. The enemies in this installment are extremely vigilant, and there are few times that there is a break in their line of vision in which to slip through unnoticed. The time between being noticed by a guard, and being shot dead, is nearly instantaneous. Instead, their routines need to be interrupted in order to pass by. Smoke bombs, shooting out spotlights, and using phones to prank call nearby guards can provide these opportunities. Calculating these strategies causes the action to seem more stop and go, making it feel like more of a puzzler at times. 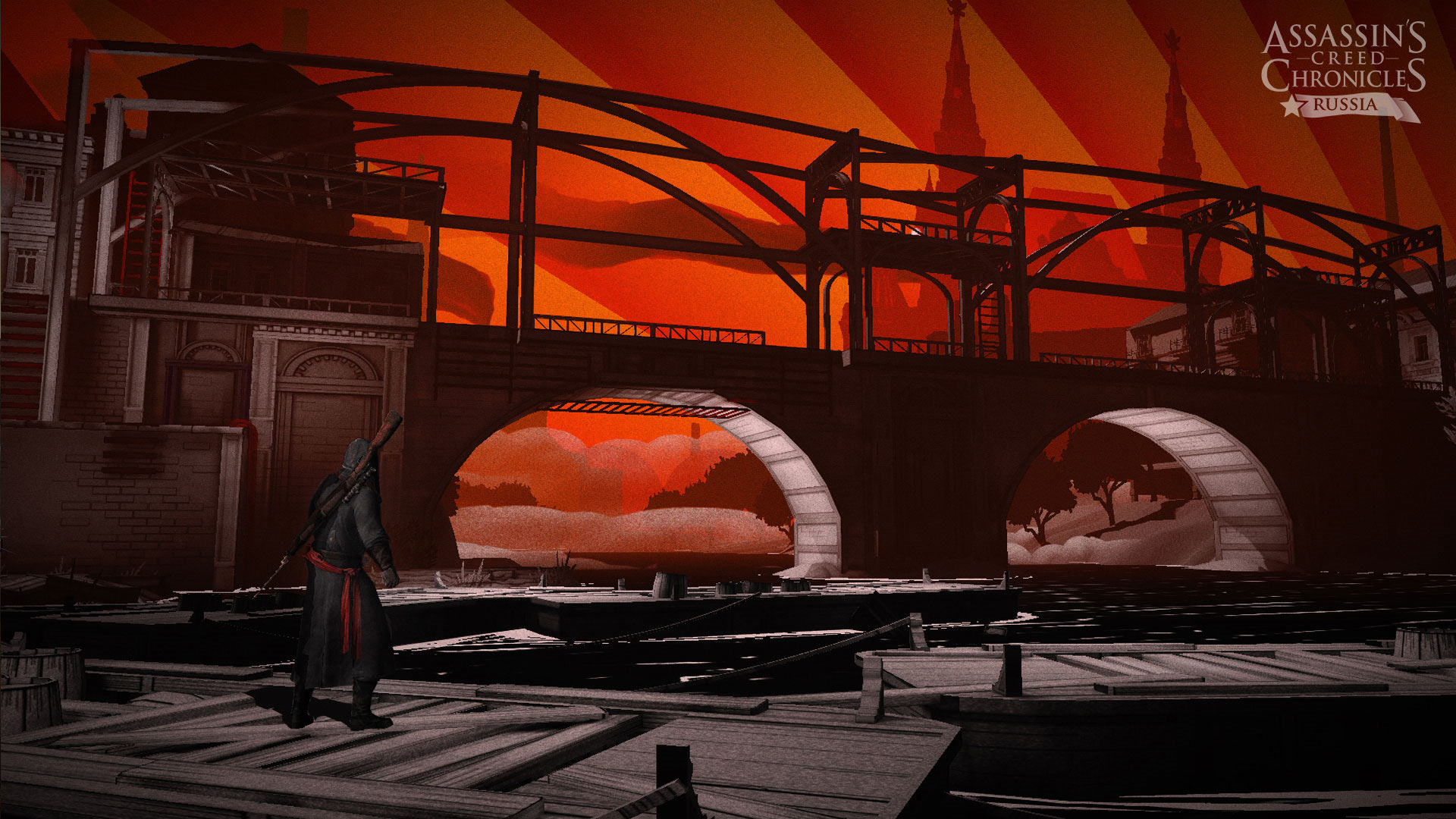 Assassin’s Creed Chronicles: Russia is a fitting end to the series. Stylistically different from the others painting Nikolai as weary from the Brotherhood ready to start a new life away from his home that is now in political turmoil. His final mission turning somewhat selfish as he guides this young girl to safety. I am glad to see the story steering away from the dichotomy of Assassins vs. Templars. The characters are becoming more human, instead of feeling like tools for their respective organizations. While difficult at times, ACC: Russia’s story brings a new take on the role of the Assassins as protectors.