Q*bert is another classic title that's been brought back and with this rebooted remaster the game also includes the classic version as well. You can choose to either play the original version which has all its classic glory or the updated rebooted version which has shinier graphics and better tuned gameplay. The most immediate thing you'll notice when playing either of the titles is the awful controls, in the original game it barely functions and in the remastered version it's too simple. I was actually quite surprised that they didn't try to really do anything with the new version of the game as it's basically just the same thing. It features very simple gameplay where you move around spaces to color them while attempting not to get taken out by the various creatures moving across the hexagonal spaces. There's a fairly long list of levels present in the reboot and each level features a number of sub-portions where you're attempting to gain three stars across them. This is done with a couple factors such as points or time with different goals for each. Another layer of collection is the gem system where you can collect bonus diamonds that can be found around the levels or in bonus areas at the end of level sets. These collected coins can be spent on various Q*bert costumes to change up the look of your character.

The game looks fairly decent with a fresh set of graphics for the rebooted version with a nice cartoon art style to it which matches the originally really well. It's a nice transition to modern time and still retains that charm, the original also looks really good considering the age with the quality holding up well. There was some variation in the enemies as far as colors and abilities though they were all very simple in how they moved along the hexagonal spaces. These new spaces actually work well in their design thought Q*bert has issues moving around the board still with some odd controls. Aside from the designated spots they also had spinning color circles which transports Q*bert to the top. 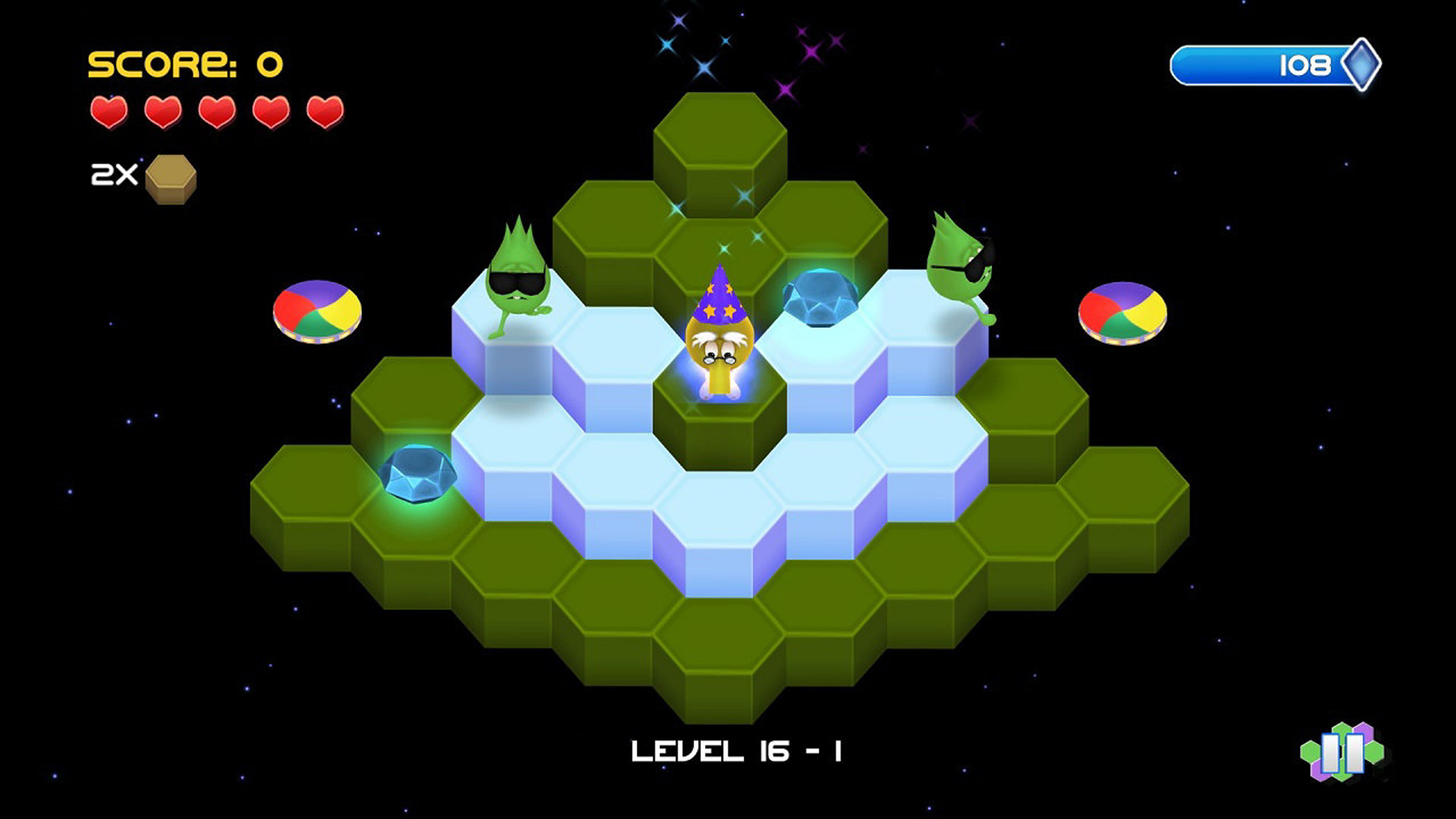 Q*bert Rebooted was a nice refresh on this classic title that was decent enough to keep the original version so people can appreciate that as well. It doesn't control very well which can be frustrating to play and the game itself feels almost too simple for the modern times. The game looked decent with some nice cartoon colors though this was shadowed by a very slow and almost boring at times game. Some will appreciate playing the classic game and even the old school feeling new version though it's really nothing unique. It would have been great to see them do something else with this game, though still good to see Q*bert brought back for modern consoles.

Q*bert Rebooted: The XBOX One @!#?@! Edition Review on Xbox One
Review Code Provided by Loot Interactive