D/Generation HD is a remake of a classic isometric title which featured a delivery man in the year 2021 on a dire mission. He needs to hand in this extremely valuable package to a lead scientist at this place called Genoq. The company itself has been working on bio chemical applications and in turn has unleashed a series of genetically altered monsters into the building. The lead character moves forward with this odd desire to deliver this package and there are also some poor office workers caught in the middle of it all. You have the option to save these individuals or there a number of other options as to what do with them, it's up to you. This is yet another title which predates myself as there seems to be a surge of remasters and it's honestly nice to take a look at gaming history with the fresher coats of paint. What's really great about games such as this one is that they managed to paint a fresh coat over the original while improving smaller details though you still get to experience the exact same game from the past. The game itself has your character moving around these office of lab rooms trying to make your way through the floors in order to deliver this package. The rooms are filled with small puzzles as you figure out how to progress by dealing with the various deadly traps or enemy generations as their called which run rampant. There are also a number of tools at your disposal as you continue along and it was well set up. I did however have a bit of a problem with the game as it retains a classic save system and modern players are just not used to that. There are save options though if you die, you have to start from the beginning or your save points. It's just something that's not as common these days and will definitely not be for everyone.

The game actually looks fairly decent despite just cleaning over the original and it had many great smaller details which are appreciated. This included things with mini animations like your character getting electrocuted and seeing the skeleton to just general world details. It was really responsive to play with no issues in that regard and character saving wasn't difficult to understand. Though I feel players might be more inclined to just leave them there or have them fall into traps as it's somewhat entertaining. There was some nice choice elements present in this one though the game is mostly linear and some of the puzzles may confuse players so be weary. 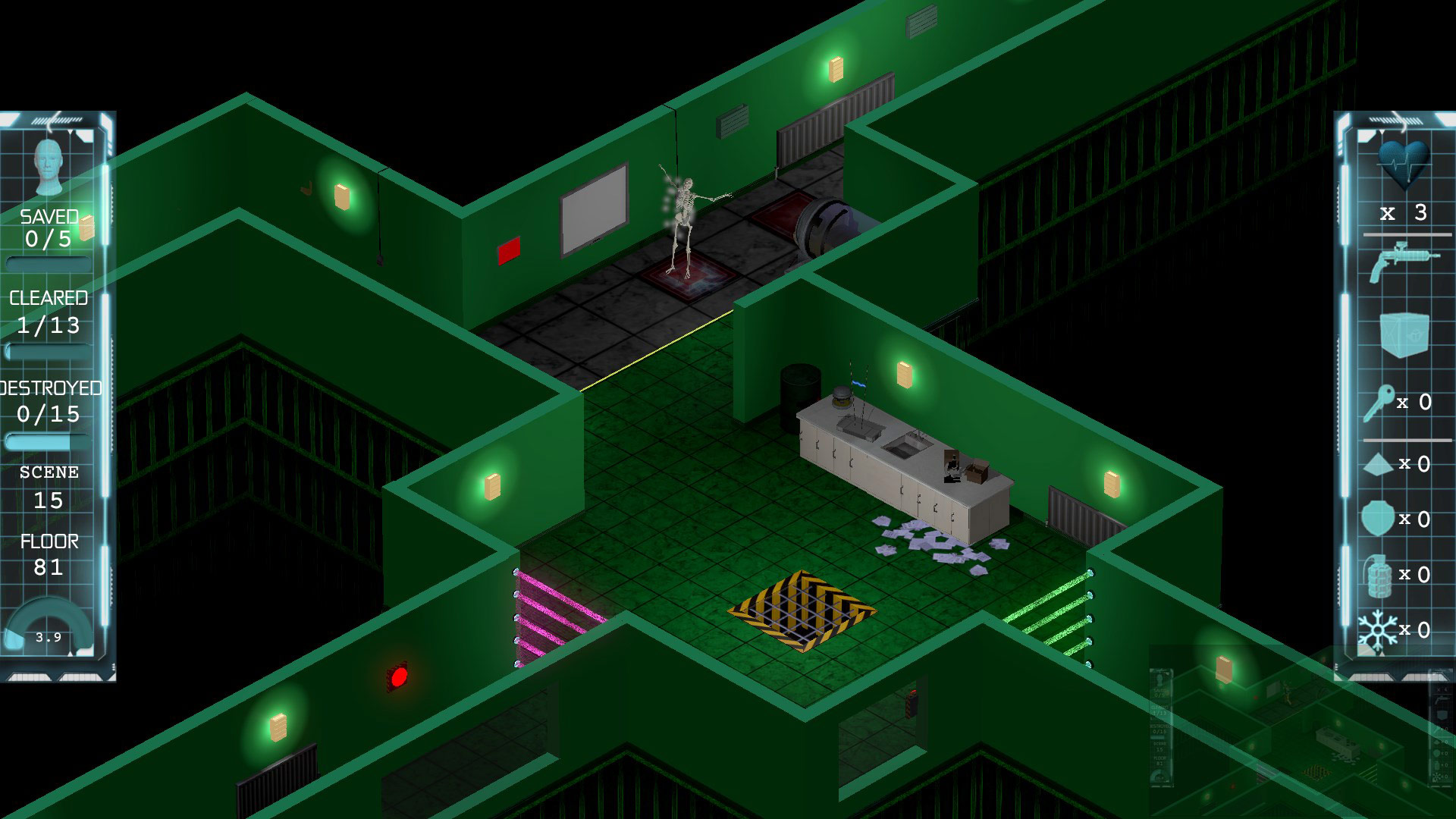 D/Generation is a great look at a classic title which features an interesting futuristic world and daring adventure for this delivery man. It looks like a modern title though still retains an old school feel so that players replaying the game at this time can enjoy experiencing it once more whereas new players can enjoy it as well. I wish there was perhaps checkpoints, though that's just a modern way of thinking in games and the original system works fine. The variation in enemies was neat and the small office rooms all offered their own thing. Be wary of traps or creatures as you deliver this package since it's of the upmost importance and perhaps see if you can help a worker or two out of there on the way.