Bowling is an activity that many enjoy and something I like to do on the odd occasion. Brunswick Pro Bowling takes the pro level of bowling and presents it in a game which is at its core a proper bowling title. I really liked how intuitive the controls were in how you shot with many options to twist the ball how you liked. Though it really didn't take me long to learn the right spot to just nail a perfect strike every single time which made the game boring very quickly. It also didn't help that the various alleys you play in are bland, boring and dark. I will go over that in more detail in gameplay as I'd like to move back towards what the game offers. There's a nice quickplay area for you to play against multiple AI or real players to just bowl across a number of alleys. The next mode is the Spare challenge which has a decent branch of challenges available within it. There's also the career mode where you can battle a series of opponents in Rivals which is just a chain of players and opposite of that is the tournaments area. This is definitely where the bulk of the play is since it's a number of tournaments in each of the alleys that have multiple days to them. I really didn't notice much difference of where I bowled since it all feels largely the same. Brunswick does seem to cover bowling at its base though it doesn't try to expand on anything and it missed out on a huge opportunity of using the Kinect though I do understand that it's a multi-console release, still had me desiring it the entire time I played.

The ball controls were really well done being both intuitive and simple to learn. There were all kinds of twirls or straight shots you could make just by moving your analogy sticks around. I felt that the menus were really ugly and hard to navigate since I had to use the D-Pad for some reason and it just looked very unappealing. The game however feels very bland with empty arenas that were mostly dark and what I'd call last generation graphics. There were nice touches like having ball reflection and a clean court, it just didn't shine like I expect most current titles to. The area surrounding the alleys were also just lifeless empty spaces and it might have been nice to just have something going on there or just not add empty lounging areas. It was nice however that they had after shot mini videos which I always love seeing when going bowling in real life so that was nice. 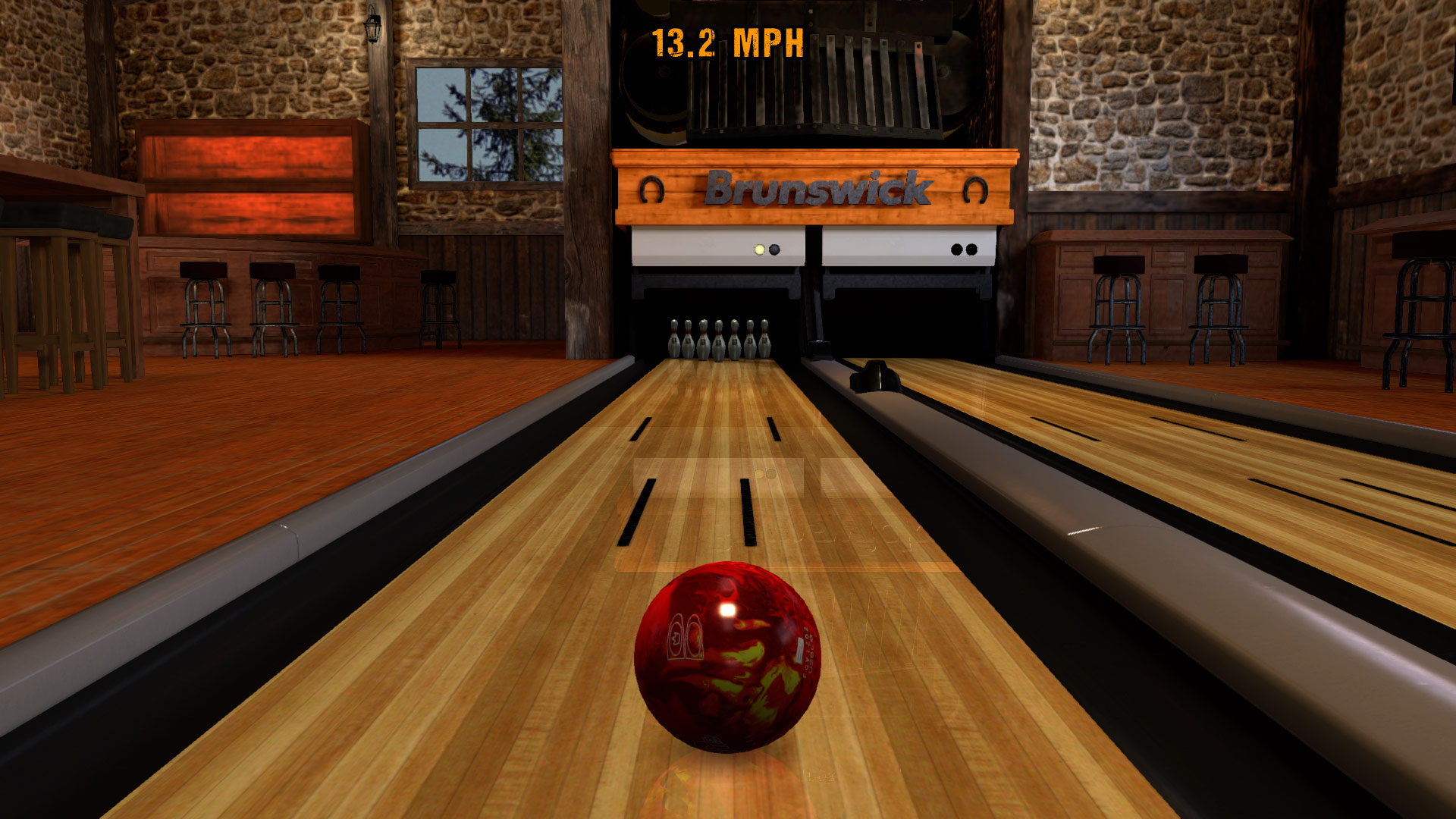 I was quite disappointed in Brunswick Pro Bowling as I enjoy bowling games on the occasion though this title really didn't have enough to it in terms of unique gameplay and quality to make it stand out. It feels really bland with last generation graphics that are dark and the game gets really boring quickly. The game does run fine though so if you want a bowling title to just play on the controller this works perfectly fine for that. I also feel they missed out by not taking advantage of the Kinect since bowling is just perfect for it. Aside from that it does have a pile of modes for you to play and some equipment options to buy though it really doesn't excel at anything.