Bike Mayhem 2 is an interesting title as it offers a very well done BMX game filled with a large campaign to play through and an entire trail editing area for players to take use of. The entirety of the game is about racing downhill either getting the best race time or racing down the hill pulling off tricks for the best score. It works well on these two things though the core of the experience did feel slightly repetitive. It's great however that they have such a long campaign and this whole trail builder so you can create your own mountain trails or download what others have made. Both of these together provide many hours of gameplay and the trail building aspect can really extend the life of the title. The goal for all the levels is to get three starts like in most mobile inspired titles and there are some ways to get this. In timed events you're really just trying to get the best time whereas as score events you need to pull off tricks while not wiping out to get better stars which was slightly annoying. There are checkpoints present as well if you need to just reset when wiping out as not to start from the beginning of the level even though they're no more than a minute each. The game also features a wide set of levels and environments that these levels take place on which keeps it varied.

The game actually looks really good with a beautiful drawn look to it with each biome being extremely unique. I was also really pleased with the number of things you had available for building and the options to edit the terrain with. It was actually a very in-depth level editor with many options present. The music was also intense in the game and fit the overall thrill seeking style of gameplay that was present. Gameplay was also well done feeling very authentic to what I've seen watching mountain bike racing with interesting smaller aspects to controlling the bike. This included things such as pumping to gain some speed or hopping with the bike to hit those slightly higher platforms. The controls worked really well in the game feeling realistic and it was great to see some of the wipeouts. I also liked how easy it was to pull off tricks by just moving the right stick in a number of possible directions to pull them off. 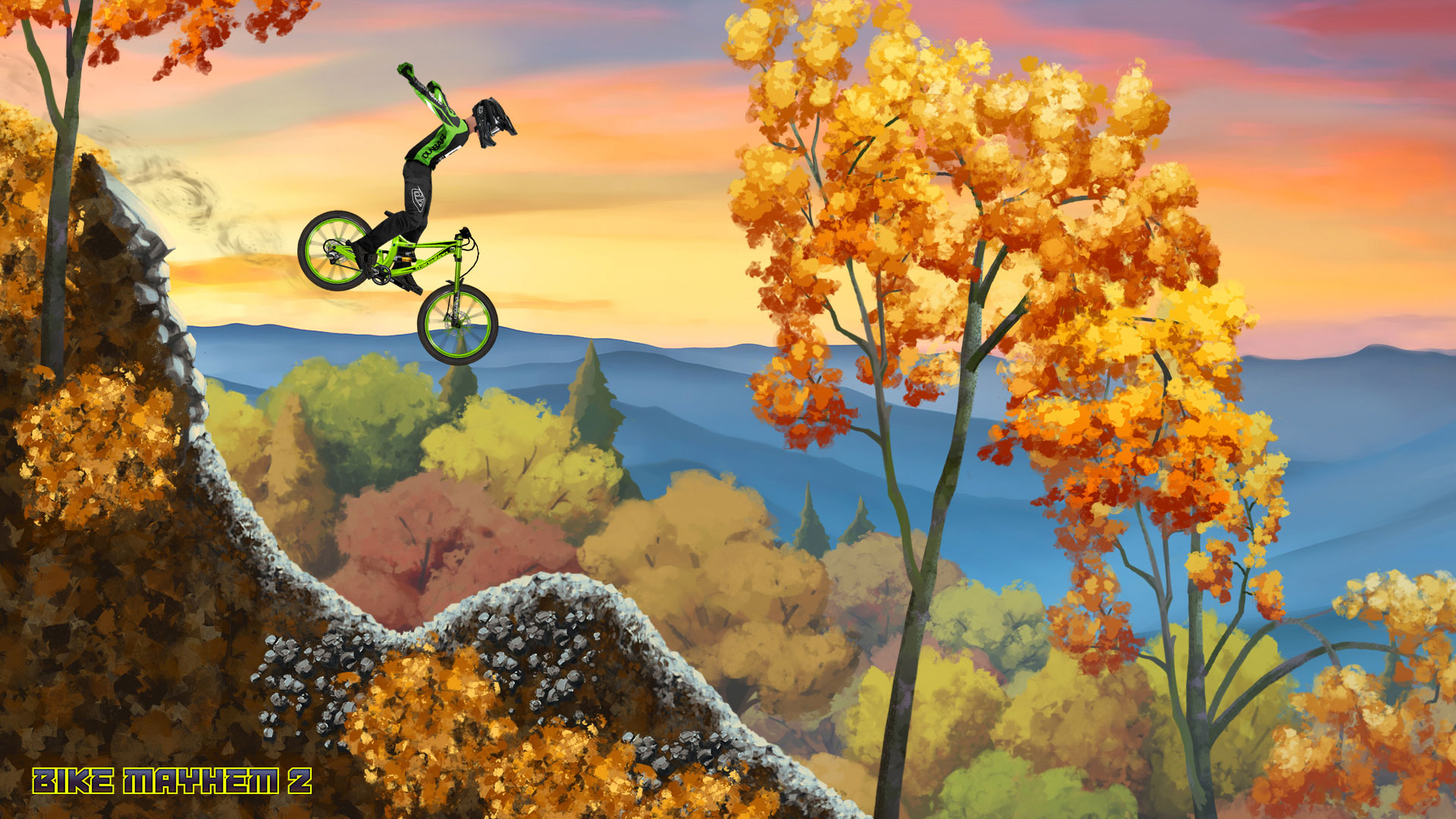 Bike Mayhem 2 is a game that definitely brings a lot of possible gameplay and presents itself really well. The environments look great with beautiful drawn looking graphics and a wide variety of items in the mountain trail editor. Gameplay is well done and everything plays well in the style of BMX though the game can feel repetitive as its all downhill with some portions that are on slightly flatland. Aside from the great length of possible campaign missions there are many opportunities to play many more levels with the custom trail editor. I also quite appreciated how simple it was to great custom levels with many options for making the level how you want though I wish there more length options or even custom setups to start with instead of just being a hill. Bike Mayhem 2 works well by adding many possible hours of gameplay though it plays fairly simple with some customization to extend possible gameplay time.