Krinkle Krusher is a game based around defending a castle from the oncoming waves on Krinkles. These Krinkles are yellow little monsters that run in lines at the castle and you need to destroy them using a number of elemental methods. You play as this magical glove that's controlled by an old mage and it sort of just goes from there. While playing you'll unlock five elemental abilities for the glove to use and you can also upgrade these when you've unlocked the mages guild. The guild itself is unlocked by collecting diamonds which are for three starring levels and then it also costs diamonds to upgrade the items. The game is split into a couple distinct areas that are filled with twenty levels so there's lots of content in that regard. This isn't the best though as the levels in those areas are exactly the same and very repetitive in play. While they continue to add in some new enemies it really doesn't have enough variation to make it feel any different for the extended period of play. Furthermore it gets to the point of feeling really repetitive and even grindy at moments since you'll need to replay to get diamonds in order to upgrade your equipment as the krinkles just rush by you. The story also occasionally features a boss battle area though these were quite simple to defeat and only made difficult by the many assisting krinkles. Aside from the story there aren't any other modes present in the game though you'll probably be replaying many levels for better diamonds to progress so definitely some quality game time.

The game is very simple as you just move this floating hand around zapping enemies or maybe lighting them on fire, it all depends on the abilities you choose to use. There are of course five elements that appear over time as you progress and this goes the same with new sets of enemies. There are also power-ups that show up in the form of barrel rolling krinkles so destroying those may grant a life boost token for the castle or a good cart to distract oncoming waves. When it comes to the environments these are basically exactly the same per region and some variation would have been nice. It can get really boring to see the same play space over and over which why I wanted to make sure that was noted. It's also quite difficult to take out krinkles making progression difficult even from an early point which is where the grind factor of getting diamonds comes into play. The game does definitely have a very repetitive feeling to it and that's even more apparent with the annoying catch phrases where it says Krinkletastic a thousand times. 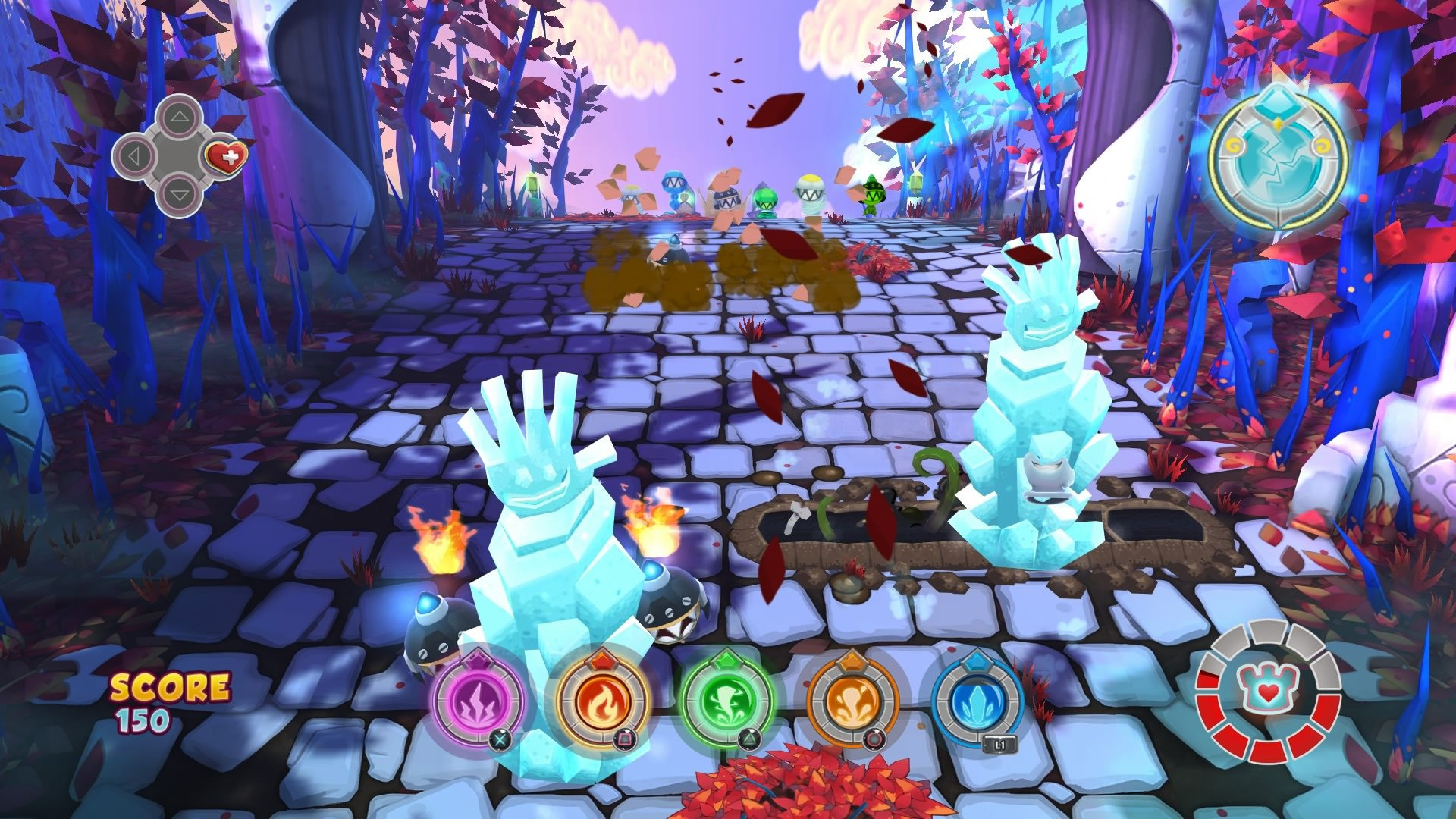 Krinkle Krusher really feels like a ported over mobile title and lacks the variation to make this an interesting play. It still performs fine though it's quite repetitive in terms of gameplay and audio with the phrase krinkletastic being something I'll dread forever. Still, the game does provide quite a few hours of gameplay if you want to push through to collect all the diamonds in story and just complete the game. I wish there was also more to it aside from the story just to make the experience feel deeper than just being a grindy story. The Krinkles were neat to some extent, but were too difficult to tackle and some levels felt very overwhelming to the point I had to replay a bunch in order to get some upgrades. It's an interesting game though really doesn't do much to set itself aside from other tower defense titles.