A Boy and His Blob Review

A Boy and His Blob is a charming title that uses a very soft hand drawn art style that really shows the quality and care put into this game. While I did notice that some textures were showing their age the world itself is still really beautiful with even smaller details like critters moving about in the background. The game features a lovely story about this young kid and his pal friend the Blob, you can even hug it! The boy runs about on his adventure while throwing down jellybeans that make Blob shape shift into a variety of useful things. This in turns helps the boy traverse the dangers of the levels and then you can call back Blob with a number of adorable young yells which was great. The story is about this world called Blobonia has been attacked by an evil Emperor and this Blob has crash landed on Earth so the two pair up to deal with this threat. It takes place across a number of environments and locations which each have unique set ups to them. There are many dangers to deal with across these spaces varying from natural hazards to enemy creatures and you'll need Blob's help to deal with them. The levels are still fairly straight forward and not to difficult to tackle.

The game looks just great with those hand drawn textures, but it doesn't quite fully render well and you can see some of the spots starting to show age in the environments. This was mostly overlooked though still apparent and it also shows in the general slower pace of the game. The controls were mostly simple and the selection wheel for the right jellybeans was easy to use. Players of all ages will definitely enjoy this title and not have too hard of a time playing the levels. I did also have some times where the Blob would take awhile to catch up which did create some boring areas of standing around. Should also mention that levels have a number of chests on them to find which are hidden and unlock neat items in your treehouse hub area. 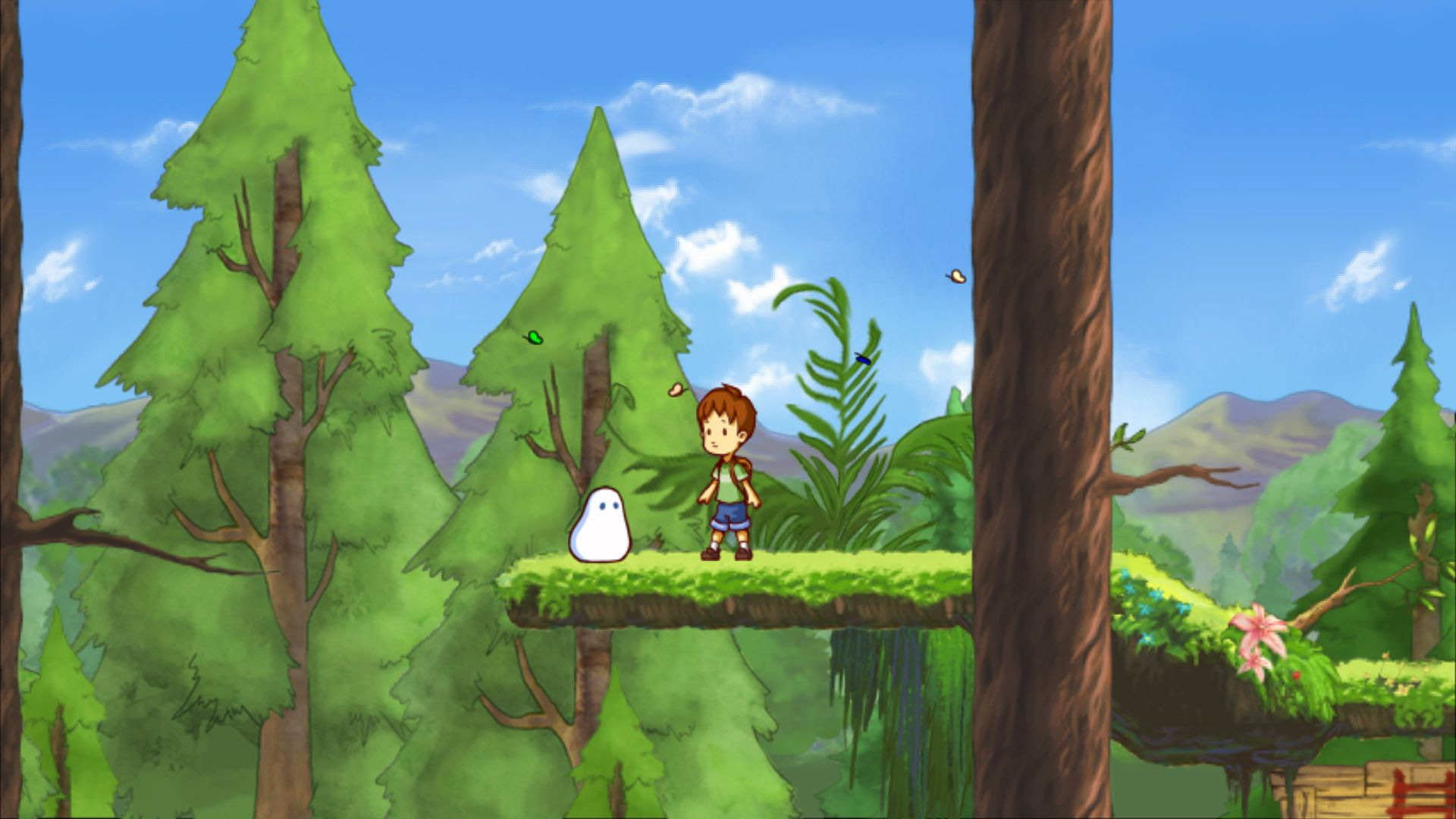 A Boy and His Blob is beautiful title with some really well designed environments though it doesn't quite graphically scale up to the current generation. Despite this aspect I still enjoyed the charm and the youthful aspect that this game provided. The boy and his blob were both absolutely adorable and I'm sure many will love that. The levels were somewhat slow though they had a good about of difference between them and the many spaces you explore looked great. There's also just something so great about throwing down a jellybean and seeing the Blob greedily gobble it out and form a shape for you. These two are a great duo and their adventure together is a very charming time.

A Boy and His Blob Review on Xbox One
Review Code Provided by ItsGime.tv