Amazing Princess Sarah is based on this princess going forth on an epic journey to save her kidnapped father the king. It all happens in front of her in their castle and she raises a fist to all demons that get into her way. It's a decent setup and rather interesting that they have a female taking point as these older styled titles never seem to. The character is tough and can even be leveled by slaying creatures and generally advancing. The game is done in an old school hardcore platforming title that's filled to the max with a wide assortment of enemies. Each level is setup in a dungeon type layout in a a number of a castles where the player moves around through the maze of rooms to advance. Each has many areas pushing you somewhere else to get a switch or to fight through a funnel of enemies. I really enjoyed the large cast of enemies as they have everything from skeletons, to fire demons and even harpies. When you do make your way through the rooms of enemies you will reach a boss battle and even then there was great variety. This was in the course of not only being completely unique, but each having their own strategies to take them out. There really wasn't too much in terms of pushing the story, but that's not necessary for this type of game since you know what the objective is and the opening cutscene sets the stage well.

The game is presented with pixel graphics and truly presents an old school platforming title. There are also many other classic things aside from just the enemies like falling platforms, spikes and falling obstacles that eat away at health. Throughout the levels there are checkpoints which provide a health refill, though you're generally just being chipped away without much to heal yourself with. As you level the hitpoints increase so if you're having issues with a portion it's easy to just keep working at it while leveling to survive towards the next portion. I also liked the mechanics present with enemies aside from just beating them up you could pick up their bodies or bombs and chuck it at the other ones. It was nice to have a couple options for attacking enemies and different situations called for differing actions. The game also generally presents well with look and I have to mention that there are many chest jiggle physics across all the characters since it was very apparent. 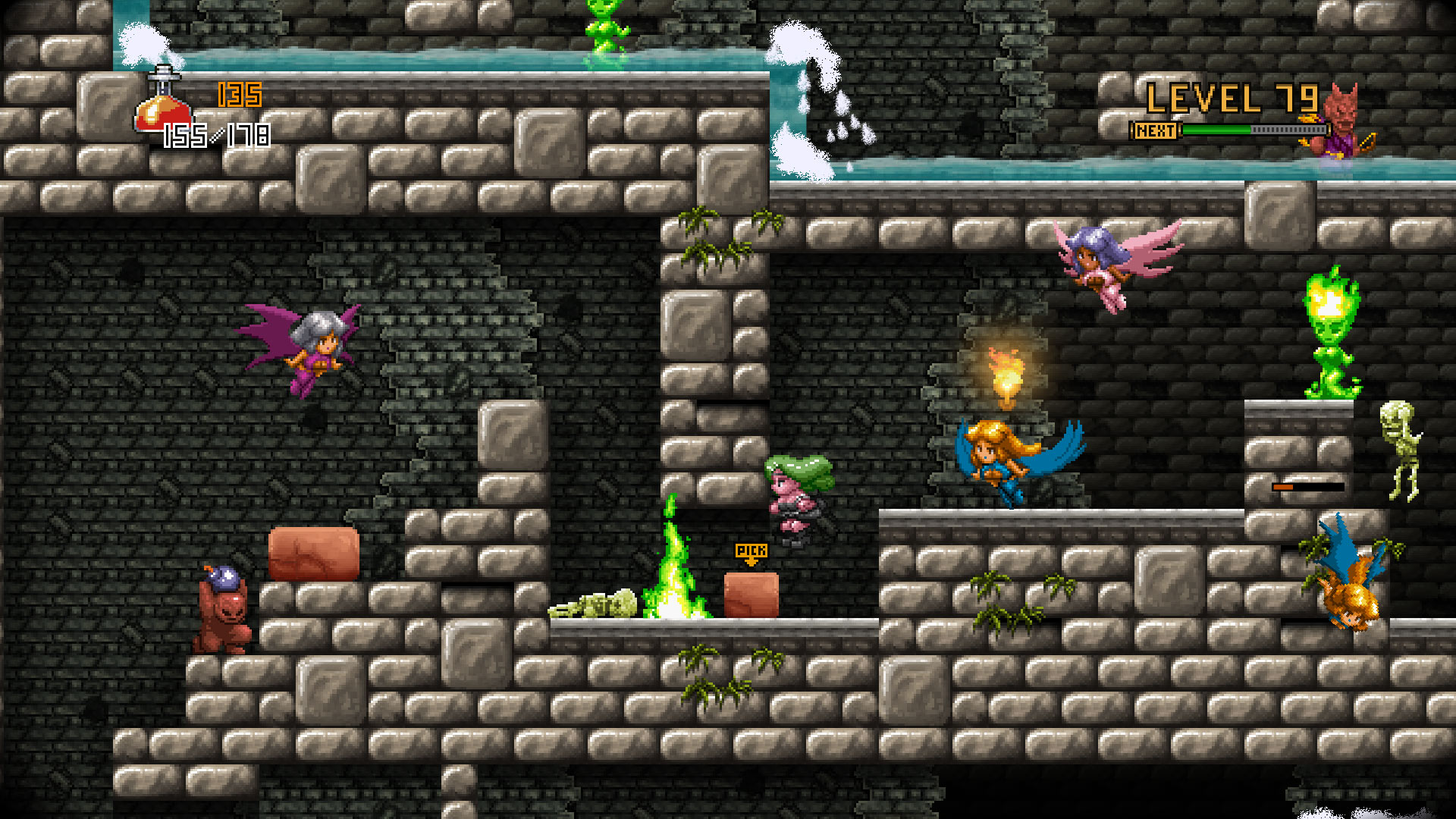 Amazing Princess Sarah is a solid title and definitely something for fans of the old school titles. It's quite entertaining just seeing this princess run about punching up fire people or roaming skeletons. It does have some simplistic enemies to it, but the game did a great job at clustering them to make it harder to just learn the paths. I also loved the very large variety of enemies and the detailed environments. Each level felt completely unique and kept you guessing the entire time in terms of where to head next as you dealt with a handful of creatures. It also has a fairly great amount of gameplay hours to it across the campaign so I'm sure there will be no disappointment there. I thoroughly enjoyed the game and watching this princess on her noble quest to save her father the king.