Dad Beat Dads is one of the most ridiculous named games I've ever seen and the gameplay itself follows that name exactly. This totally goes against my next point that it's a great title filled with some hilarious gameplay. The game consists of three main party modes that are played locally with friends or AI players. I will however have to make the valid point once more that the game would have been greatly improved with online multiplayer though the game is quite fun enough regardless of that complaint. The first of these modes is Smash n' Grab where you need to bash other dads to steal their babies and score while also protecting your own. It's got a pile of hilarious catch phrases and the competition is fierce. The second mode is Diaper Sniper where the dads fire bricks at each other with instant kills. This mode was very simple in design just basically being a round based mode to the death. The final mode is Corporate Takeover where everyone races to the top while smashing treasure chests in order get coins. This is a very viscous mode and tense as barriers continue to fall as players climb with the lava level being even tenser than the others. These modes actually provide a wide variety of gameplay and are all very fun to play despite being a local only title.

The battles are hectic and can go up to four players with the AI actually being competitive. This was well appreciated since other local games don't have the brightest AI and while not being too difficult they were actively battling it out. The levels are filled with a variety of power-ups that can influence the gameplay though these were well balanced and had limited effects. The environments are mostly simple in design though there's a wide variety of them and differing ones for each of the modes as well. I loved the whole dadly presentation over top and the announcements were amusing for sure. There are also many dads to choose from and the color scheme made it clear to see the distinction in teams. I also got a great laugh out of the expressions of the dads when they were hit or defeated out there, you could clearly see the disappointment of letting down their child. 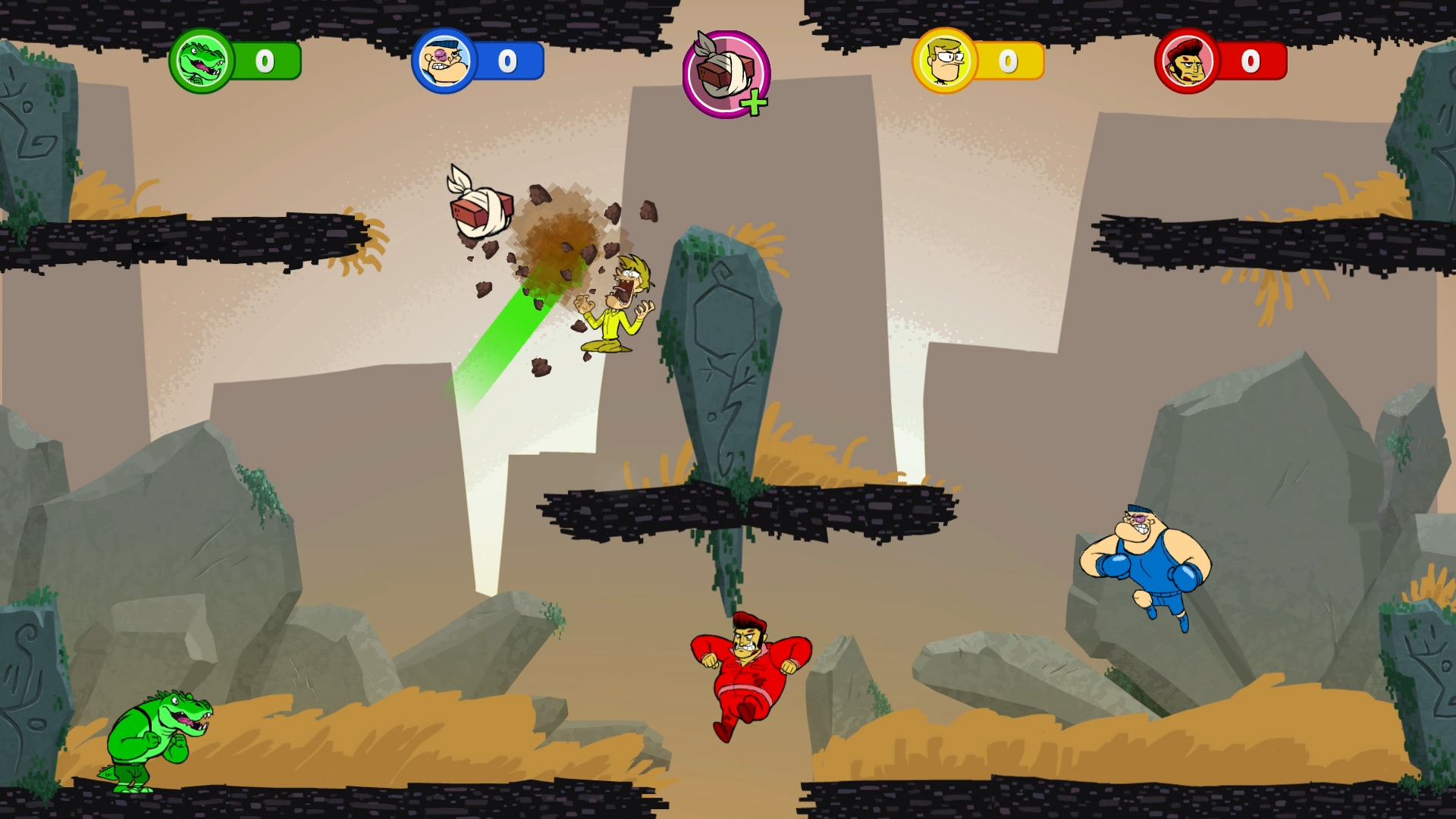 Unlike the other local multiplayer titles I really enjoyed the gameplay this time around and it was a generally exciting atmosphere. Still like the others I need to make the complaint that these are modern times and games on the platform should honestly have online multiplayer, especially in titles like this. The three mode options offer a wide variety of gameplay options to the title and it's a hectically great time. I definitely suggest checking this out for a party game to play with friends or something to mash against the AI with. In that regard it's time to become the dadliest dad out there and sock those other dads to show them up!