When it comes to twin stick shooters I've played quite a handful of them thus far in the generation so I generally have a great basis when comparing these games. Normally this type of comparison wouldn't exist in my review format though for twin stick shooter titles being so similar it makes sense. AIPD is a really down to the point sort of title just placing you into the action expecting you to know what to do which makes sense to some degree. Though a better knowledge area would have been nice since the game has some differing features to how it plays compared to other twin sticks. This includes things such as weapon cool off or what exactly the goal is overall (it's gaining the high score). You mostly just pick one of the few game modes, pick a difficulty, then select your weapons/custom modules (bonus assists) and are immediately put into battle. The game is played over fifteen waves with a wide variety of creatures being present across the experience though that's really all there's to the title. The differing game modes offer some small differences though they generally all feel the same. There are also some custom options available to set up the game type to your liking which can switch things up a bit for players. Between waves players will also pick an effect that will take place for the next wave by moving to either side and I found that aspect interesting.

The goal of the game is to of course get the highest possible score by blasting enemies, getting bonuses and collecting the floating points from the fallen. It's a simple concept just the like the genre of the twin stick which is well known within the industry. The game features a very bright neon color scheme to it with a pile of differing floating creatures within the small battle arena. Things are mostly simple in play as you work around the grid shooting enemies though you'll need to watch out for the neat overheating aspect of the gun on your ship in order to be successful. The movement of the ship was well done as it feels slick and for a twin stick the game really nails the controls. 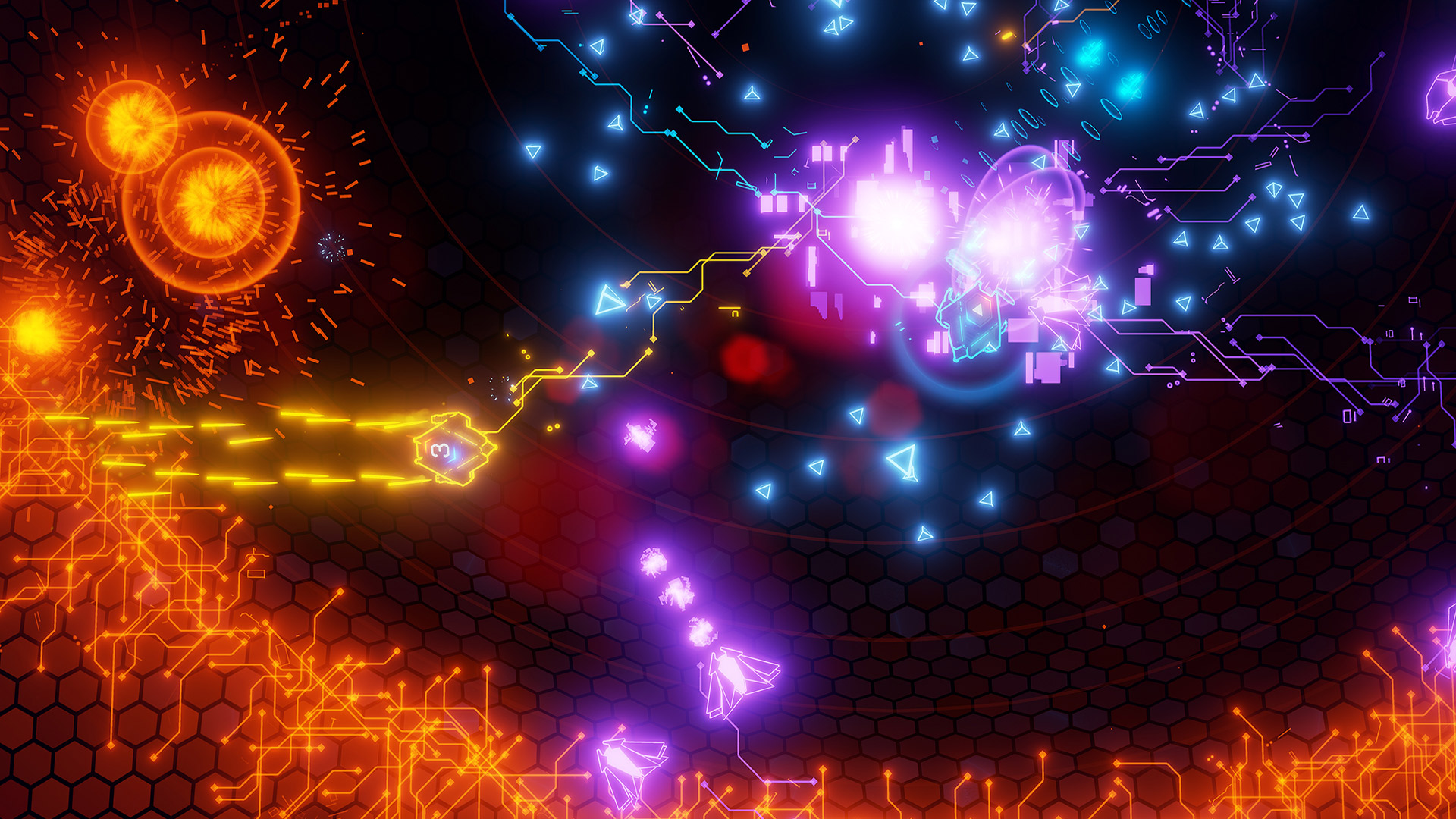 AIPD is a solid twin stick experience though it really doesn't do anything to set itself aside from the many other games of the genre I've played this generation. It's got some interesting concepts to it for game modes and looks very vibrant, yet it doesn't expand on itself enough to be a title I want to come back to. It'll provide some decent gameplay as you work your way through the tense fifteen waves though you may not care for playing much after since there are many other options available. It was by no means a bad title, just more or less another twin stick shooter to add into the collection. I also wanted to mention that the AIPD title stands for "Artificial Intelligence Police Department" since it doesn't quite mention it anywhere in the game though it really doesn't have much meaning since there isn't a story aspect.