"Break in the Office"

Level 22 is a game about those classic scenarios where you attempt to sneak in somewhere after being late and then everything just goes wrong. The focus of the game is attempting to guide Gary back into work after a late night celebrating his birthday and it's much harder than one would expect. The campaign of the game is split into four distinct worlds with each having four regular infiltrate levels and one boss fight at the end. It's got some fairly decent variation to it though the levels are quick and the game itself can be completed in a couple hours. Each level you're aiming to get to the escape door which is located in some random spot within the office floor. The levels are filled with a number of staff members that are watching though they can sleepy and other hazards. Luckily there are many distractions that can be created to deal with them and it's largely force structures instead of random. The boss fights were really basic and mostly just annoying in their repetition, though I did enjoy the majority of the regular levels present across the story.

The game features incredibly simple controls as you just move around and then click the D-pad for certain items. It generally controls really well and I didn't have any issues with gameplay. The world has a pixel style to it and looks fine in that regard with some nice smaller hidden things to locate. Aside from trying to escape the levels each of them has a toy to collect and a hidden safe to crack from hidden notes around the offices. The layouts of the levels were also nice and intricate so it's never just a straight run through. 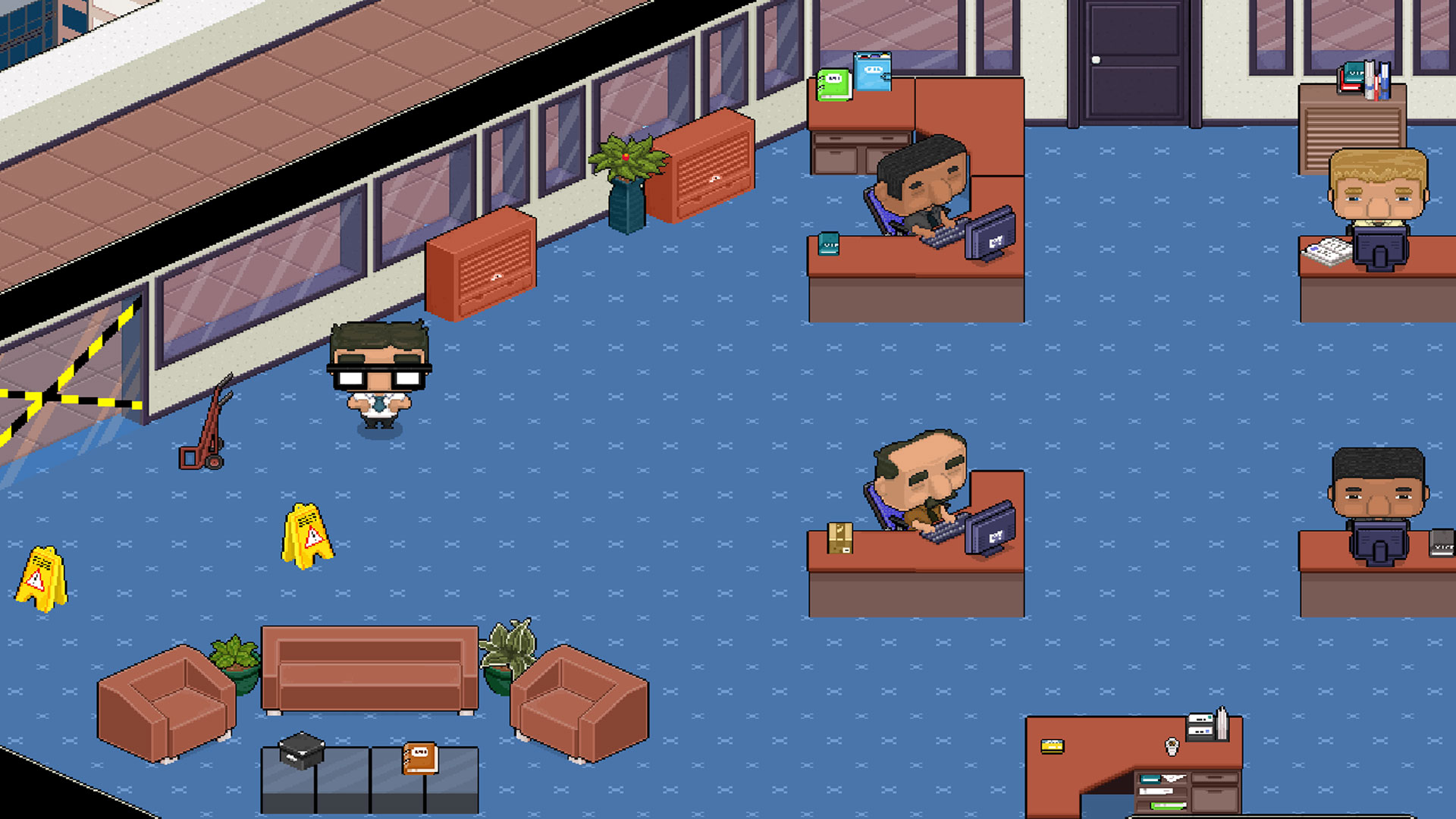 Level 22: Gary's Misadventures is a decent stealth game about this office worker just trying to get into work unseen. It does a great job of creating intricate levels to figure out the best ways to move through it. There are also many smaller steps in order to escape like destroying fax machines or poisoning someone's coffee which is really intense actually. The game may be quick, but it's a solid smaller stealth title on the console. I didn't really care too much for the boss levels, but I did quite enjoy the regular levels of play and trying out how to escape them.