The Banner Saga is a title I've always wanted to try and once I heard it was heading to consoles I definitely wanted to get my hands on it. The landscape has chilled over time with the disappearance of the sun and the ominous forces of the Dredge continue to march across decimating everything in their past. This is the starting premise of the game and you continue from there taking the roles of differing individuals across the world. It's a great way to tell the story and it shows that there's definitely a much wider battle going on in the world. There are also many choice elements to the game where whatever you decide will have an impact at a later point or in future Banner Saga titles. While no choice will be easy, it's important to take caution with them as the effects vary greatly throughout the story. The game is split between narrative and wide angle views where you get this beautiful movement across landscapes that are done in a parallax style that is fantastic. The visuals mixed with the strong story make for a very moving piece and I loved that it was darker tale. Aside from those key points the main gameplay comes in the form of a perfectly well done turn based system with your band of troops.

The game looks absolutely stunning with the moving visuals and the gorgeous landscapes you visit. The combat system is also really well done having one troop battle per turn and this keep the pace tense. The troops each have a number of spaces they can move, standard attacks and special attacks. They can also be upgraded after so much combat to higher levels and be given additional special items for boosts that can be found on travels. With each level you will also be able to select various attributes for the characters to build their strengths to any strategies you're using on the battlefield. The combat is also interesting in the aspect that you must balance hits against health with hits against armor since that plays a big role in attacks and will weaken your damage. Environments in general are beautiful, but I also enjoyed the charm of each smaller strategy area where the turn based combat takes place. 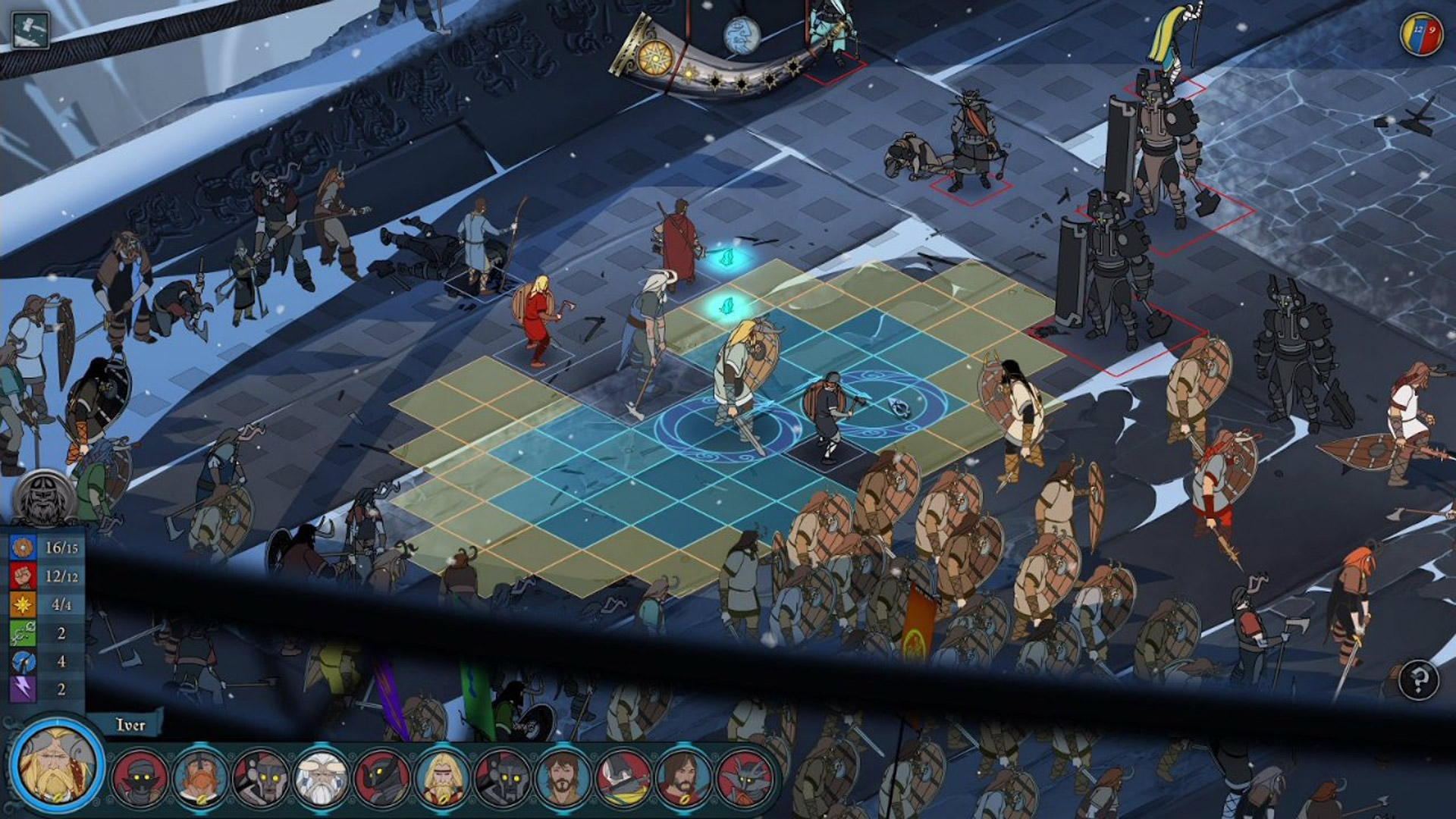 The Banner Saga is a beautiful game in terms of both visual design and story narrative. It lets you make choices that directly impact your story and it takes a more mature stance for the story which was welcomed. The combat is also extremely well done and strategic with their turn based choice. The pace for the combat was well done and the extra layer of armor or health attacks was a neat mechanic to make this truly unique. The Banner Saga tells a truly dark and mature title with choices that will definitely be of importance when you're playing.

The Banner Saga Review on Xbox One
Review Code Provided by ItsGimme.tv