Rebel Galaxy is a space adventuring game that gives you that whole intense rogue like feel as you soar across the cosmos with intense music blasting in the background. Playing as a captain of a ship you work your way up the chain by completing the various objectives and missions to gain more money for better gear. These missions can get quite repetitive at times since they mostly come across as fetch missions for the most part with some variety occasionally mixed in. There are of course other options to make currency within the title if you choose to just explore and that's really up to you. The galaxy is fairly large with some beautiful sites to behold though everything falls on a 2D plane so it doesn't quite feel like a true space title. The game also features many great and epic space battles which are done in controlled spaces. This basically means that you control differing areas of the ship for firing and everyone at battle goes into this almost intense deadlock. It's crazy and really builds to the action of going from a routine cruise to full on space combat. While the narrative wasn't exactly the strongest I enjoyed the characters you come across and the action throughout the campaign was intense.

The game looks great visually as you fly by massive planets, between asteroid fields or just generally in combat with massive colorful explosions filling the screen. The controls are actually easy to learn and basic enough that you won't have any problem flying around though the game does only exist on a 2D plane so that's probably where the simplicity comes in. At first I had some issues with combat until I got more adjusted to the systems for my ship and from there it was awesome. The mix of intense music blasting while I too was blasting away was thrilling. The story features some options for choices though those really don't seem to have any great impact on the game and just exist within their person to person scenarios. It may not have the largest impact on the overall narrative, but these small choices do make the experience feel more personal. 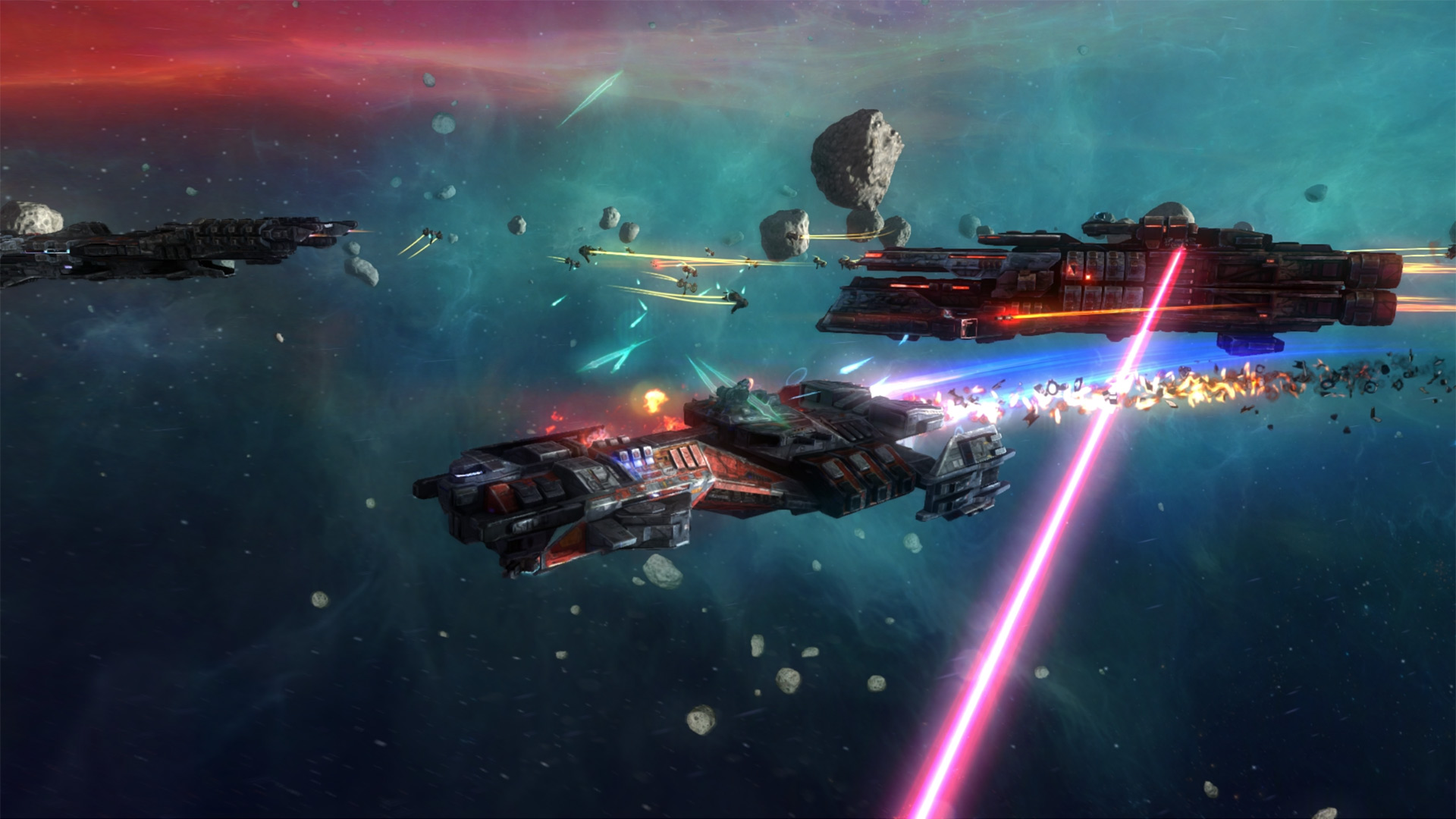 Rebel Galaxy gives you that great feeling of being a classic space smuggler or even an adventurous captain of your ship. It's a thrilling ride with constantly blasting music that keeps everything up beat and fits well into the mood. I found the missions and the game in general to be very repetitive though I'm sure many will appreciate the style of gameplay as its mostly fun. The game is simple enough for anyone that wants to hop in and fly around though not quite as complex as some of the other space simulations I've played recently on consoles. The galaxy is massive and just waiting for you to fly around interacting with all these unique people across the cosmos.