"Sad Stories Not in Space"

Albedo is a first person puzzle game with certain elements of action and also a first person shooter in spots. The story starts out with this regular security guard lounging around until an explosion sends him plummeting towards the ground. He awakens in this small room and must escape. This very first area immediately creates a setting of how the game would run as it really doesn't change much or get complex in anyway. It's a rather bland, confusing and annoying experience as you try to move through the various rooms which all are filled with mundane tasks of work with little to no reward. The control system is beyond frustrating and you seem to need exact placement or touching in order to complete things. There are settings for difficulty though that really just provides extra hints based on the level and doesn't change anything else. The story was also quite boring with some strange twist event that really didn't add anything into the mix and it felt like nothing happened by the end. Aside from the annoyances of doing some boring tasks of being confused in areas the voice acting really bothered me as it felt out of place and had almost no emotion to it. The game also had a serious tone to everything which was weird considering how the atmosphere felt in mix with the voice acting.

The world has quite a bit of detail to it with some decent references and items that can be used. The rooms are mostly small in size and filled with the small items though they're still largely confusing in what you're supposed to be doing. The graphics were also rather odd with everything having a very dark look to it so items blended in with each other too much, but the environmental items actually did look realistic to an extent. The movement is awful with it being frustrating at times trying to stand on areas, move around or just pick things up. There were also some first person shooter areas which were mostly basic and really didn't do anything for me. 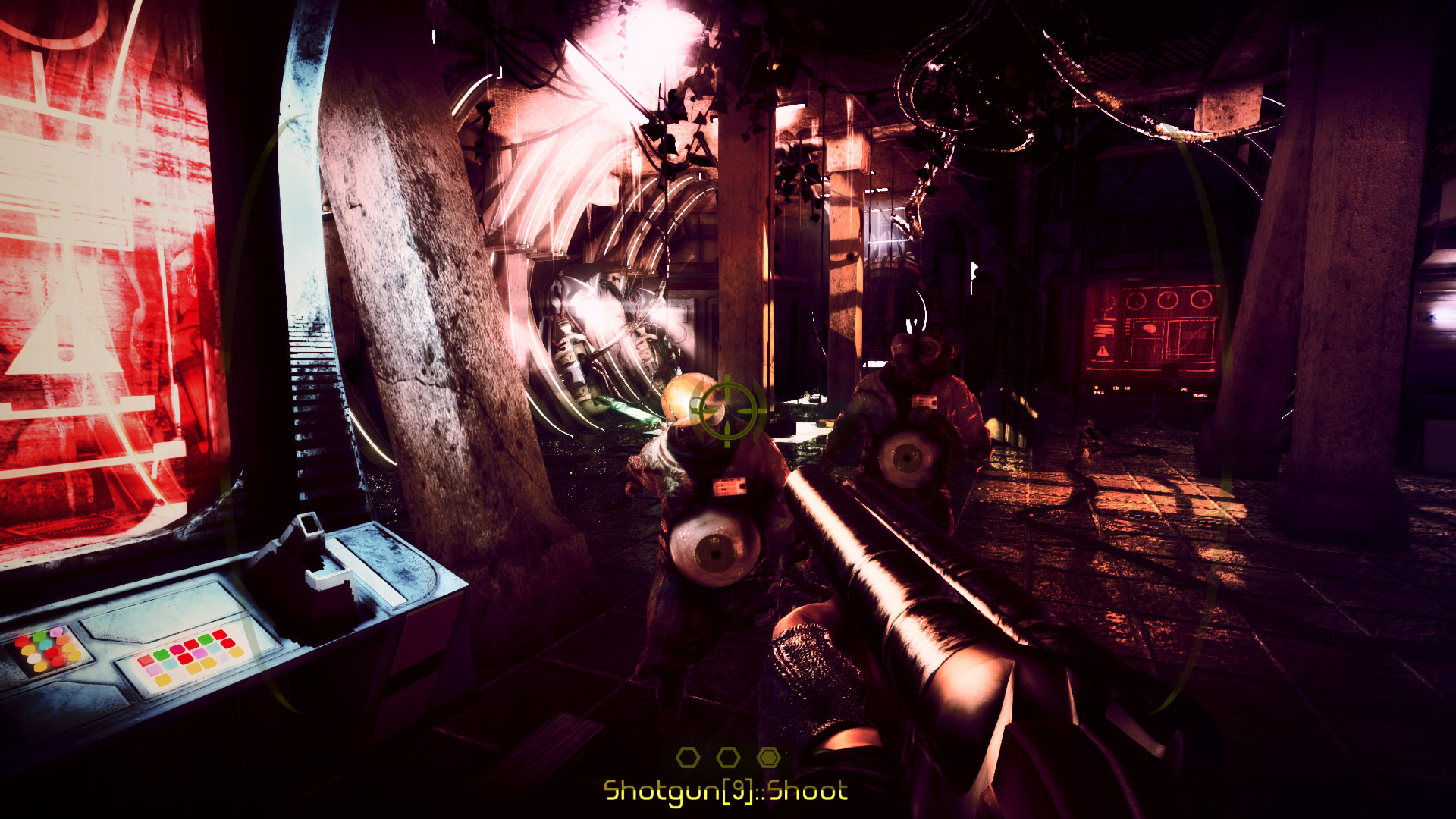 Albedo: Eyes From Outer Space is an odd title that does function to some extent though it will definitely annoy you into seeking a guide and is at best a game about completing mundane tasks. The puzzles are really not that interesting and it doesn't feel very rewarding when you do complete them. The voice acting in the game was awful which did not help with any immersion in the title and the story was quite weak as well. The Sci Fi themes the game explored were somewhat neat though the whole plot was far too jumbled. Not a decent game though it does function and can provide hours of gameplay as you try to figure out how to progress.