Hyper Void is a classic space title where you control a small ship that is zooming along the cosmos while blasting away at various enemies in your path. The game is built of over twenty eight levels with each having various stages within them that have you soar to differing patterns of space. This was one of the best aspects of title as the areas you viewed were absolutely beautiful, from exploding planets to zooming in hyperspace. It's a simple title with three weapons present on the ship to fire from for whatever the scenario is. From there you fly side to side blasting away enemies with a hyper move option to burst across the space, the levels do change at times to create a vortex where you fly around though it's very simple in that regard. It also can make things somewhat repetitive as the game just follows this thread continuously throughout the experience. There are many clusters of enemies to take on and it can get somewhat frustrating with the quantity at times though the game does provide decent enough checkpoints to keep you going. There are also some bosses that you will need to deal with and those created some more unique portions of gameplay across the campaign.

The game looks great visually and matches the desired 60fps in order to make everything look absolutely smooth. The controls are well done though it can be difficult to judge when enemies or bullets are about to collide with the ship itself. Visually the game looks stunning with some beautiful backdrops and filled with a decent variety of enemies. It's really interesting to see the ship jump between spaces of the levels and the visuals are really top notch with so many enchanting scenes. 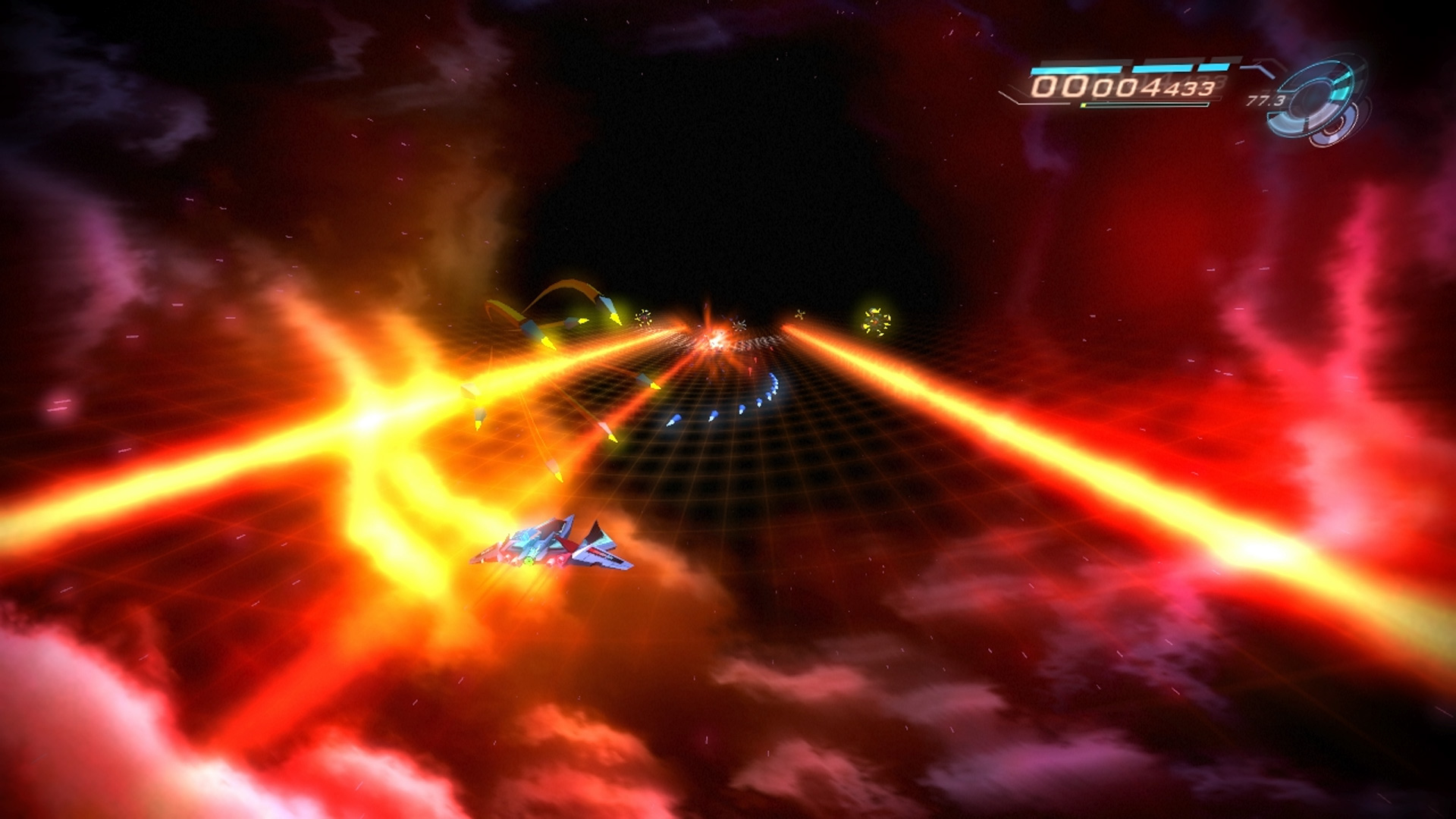 Hyper Void can be a bunch of fun as you fly back and forth blasting away enemies across the most beautiful of environments. It has a great variety of scenes to fly across and the action is tense, it can be overwhelming at times though there are decent checkpoints to keep you going fine. The bosses also mix things up when they fly in and will take some strategy changes in order to take them on. It's a sleek game with some neat aspects to it that has some very vibrant environments which I'm sure those that enjoy space titles will enjoy. The campaign length is great and will provide some challenging spaces for you to tackle.