Hyperdrive Massacre is a local multiplayer title that pits these space ready cars against each other in a number of wild scenarios. While there isn't too much to the game it provides a number of spaces for players to battle it out against each other. Personally, as I always say with these titles I would have liked to see online multiplayer as that would have greatly increased playability. Despite that it still is a bunch of fun to play with others locally or against the AI. This works for most modes, though I found it strange that some playlists still require a human player with these mostly being the team based gametypes. The game actually does provide some good variety as far as these party games go. The modes are Team Deathmatch; Deathmatch, Last Man Standing, Death Race, Spong and Space Soccer. There are some great serious modes and also a couple of more fun modes like the soccer or Spong aka Space Pong. The battles can actually be quite tense with friends battling it out and the AI can be difficult with a couple difficulty choices.

The game plays really simple with an open area where bullets and vehicles can pass through one side to appear at the other. The cars float around at an alright pace with some decent controls and the shooting is mostly well done, but it's nothing too special in a graphical sense. The environments are a basic background picture which looks nice, though in that regard there really isn't anything going on in the spaces. Some levels have floating items moving around on the levels though nothing special and some have power-ups floating around depending on the game mode. I also found it weird that on goal scoring levels that the middle area was the only way to gain a point and they should have added a goal post or something in there to give indication. The AI worked well in the game providing some good competition and it would have been nice to have AI for all the modes which other similar titles neglect to do. 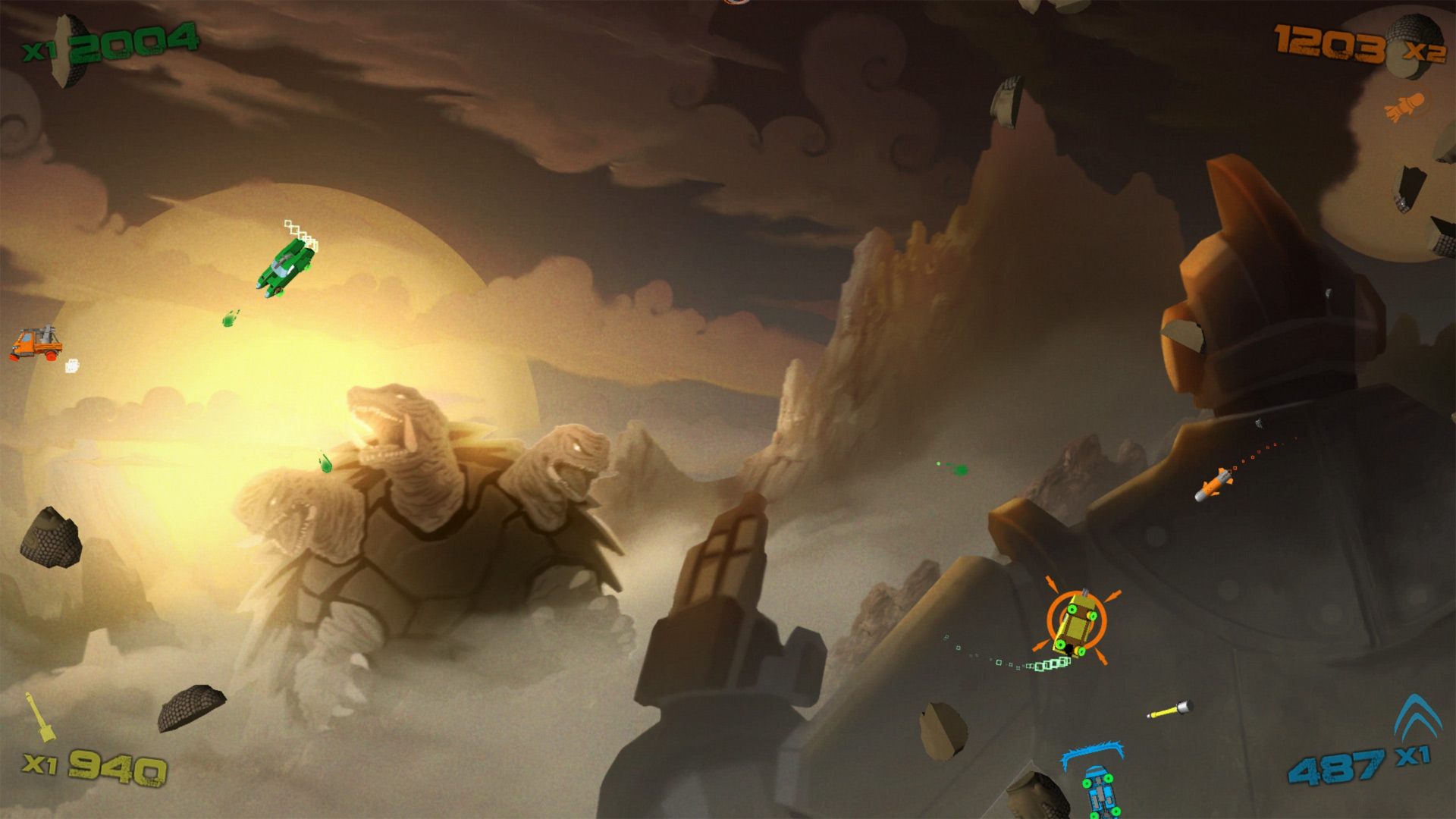 Hyperdrive Massacre is a solid local multiplayer game that you can certainly enjoy with a group of friends. Playing by yourself will greatly limit the game options, but the AI is there to fill spots when needed to keep the action full. There really isn't a ton to the game and online multiplayer would have been great, but they did a decent job in providing a good number of modes to play in. There's also some decent variety in character selection, but that really didn't matter too much when playing. You also are able to unlock a number of new level areas and characters as well when playing. It's a decent local multiplayer party game providing some good options for people to play locally together on.