"All the Cubed Spaces"

Cubot is a game of simplicity and fills a couple interesting niche spots on the Xbox marketplace being a solid puzzle game along with bringing itself in at a cheap price. The game is split into a number of chapters each filled with eight levels. Things start off fairly basic with you just having to move the various cubes around in order to place them on their respective spaces. This continues to evolve over the chapters as it quickly gets more difficult with variations on the cubes themselves and how they swap around in the levels. Sometimes they can be teleported around whereas other moments the cubes will gain extra properties which change the basic function of how they move. This also complicates the process greatly at times since all the cubes move together whenever shifted and the later levels can take a massive amount of moves in order to complete. It's a very simplistic game, yet complex in the extended levels which offers a fair amount of gameplay as you attempt to solve them.

The game looks very simple consisting of cubes within an area of sliders and a fairly empty background. It's streamlined quite well and has a nice musical ambience in the background. The solving of the puzzles is simple with just a couple button options to control the game and it just evolves in complexity from there. You also have great controls for manipulating the board around to get good angles and the ability to backtrack if needed. It's also neat and extra confusing as each move controls all the cubes at once so extra coordination will be needed. The menus are also great with a very modern UI design to them and they presented all the information rather easily. 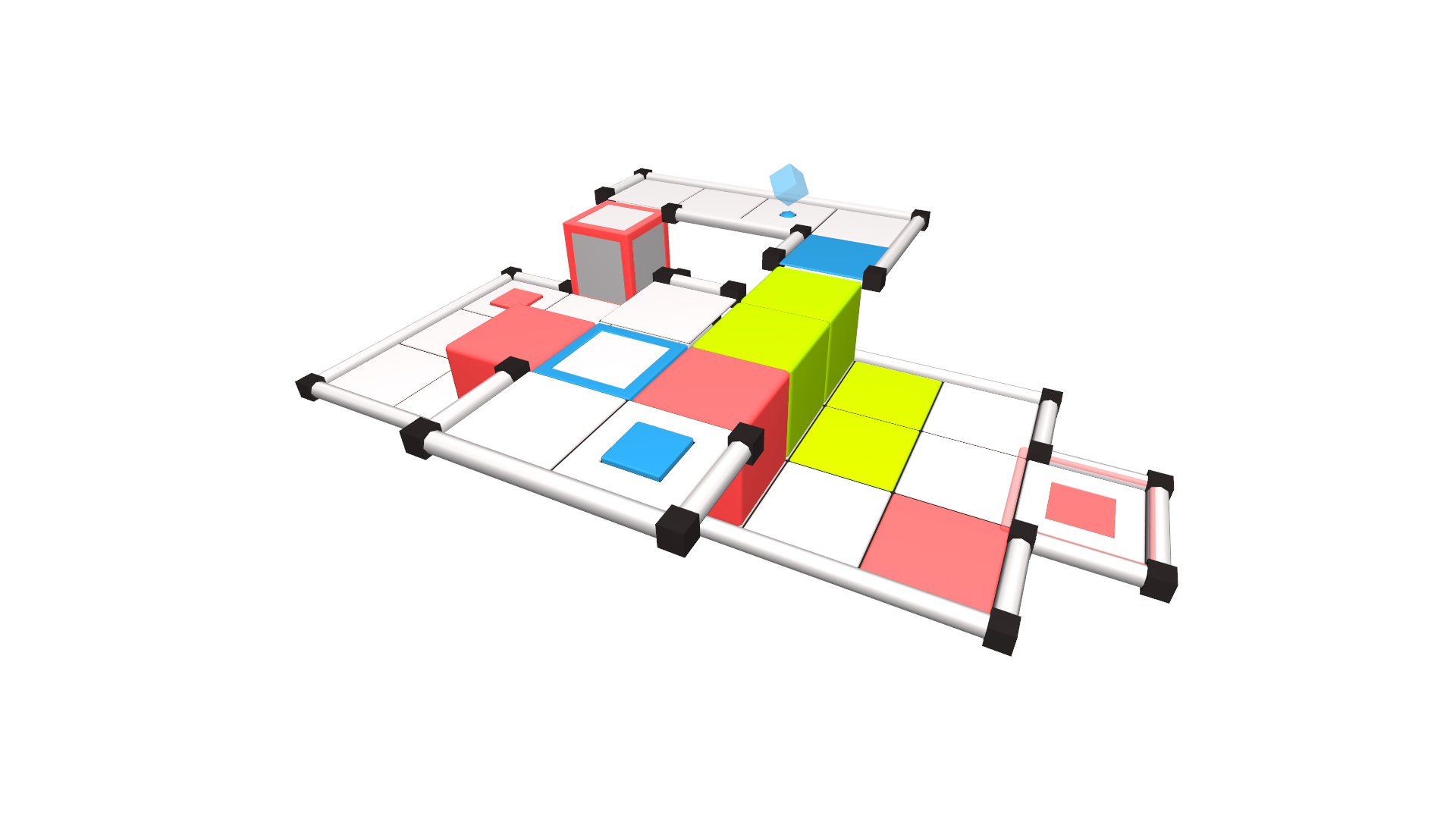 Cubot comes into the Xbox Store at a great cheap price so there's no reason not to give the game a try at that and it also has a solid amount of gameplay as well. It's simple and streamlined enough for anyone to try, yet it can scale well in difficulty for the more intense puzzle solvers as well. Players can continue past the chapters earlier on if they desire since you only need to complete a certain amount to continue and skip options are also available with points earned by level completion. Cubot is an elegantly simple title coming in at the best price point I've seen on the console at this point and definitely suggest giving it a play, especially those that love puzzle games.

Cubot Review on Xbox One
Review Code Provided by Nicoplv