Unepic is based around the hero character being a regular guy indulging in a night of Dungeons & Dragons until a break in the match of which he gets sucked into a real dungeon crawling experience. The game is chalked full of jokes and references to old school gaming while representing it as well on the screen. That aspect actually was quite interesting and I also enjoy when games bring out some meta to an extent. It really does play like a classic title with deep RPG inventory control and level customization. This aspect was impressively done on the console since it had so much going on, but it was still a pain at moments trying to shuffle through everything. The world is designed as an old school scroller as you make your way through massive areas and deal with something that's trying to kill you in every room. It has a bit of an auto save to it, but it's not really apparent enough to players of how far back they'll end up and dying is a big part of things so it can get annoying. I like the designs of the various rooms as well though it really didn't attempt to do anything we haven't seen before in these types of games. The title is also aimed towards a more hardcore audience so casual players will want to stay away from this one. Still, for the niche audience it targets the game is full of rooms to clear, jokes to be heard and levels to gain.

The game is played at a far zoomed out style which can make it more difficult to line things up at times and I really wish there were better options for viewing the gameplay. It looks mostly great with the art style being that of older bit games, but it does keep that old charm as well. Movement is basic enough when going through the dungeons and the combat could have been done in a more interesting way since it's fairly generic. The inventory is also painful to use at times just the way it's set up, yet on the opposite of that it's quite in-depth which is good. 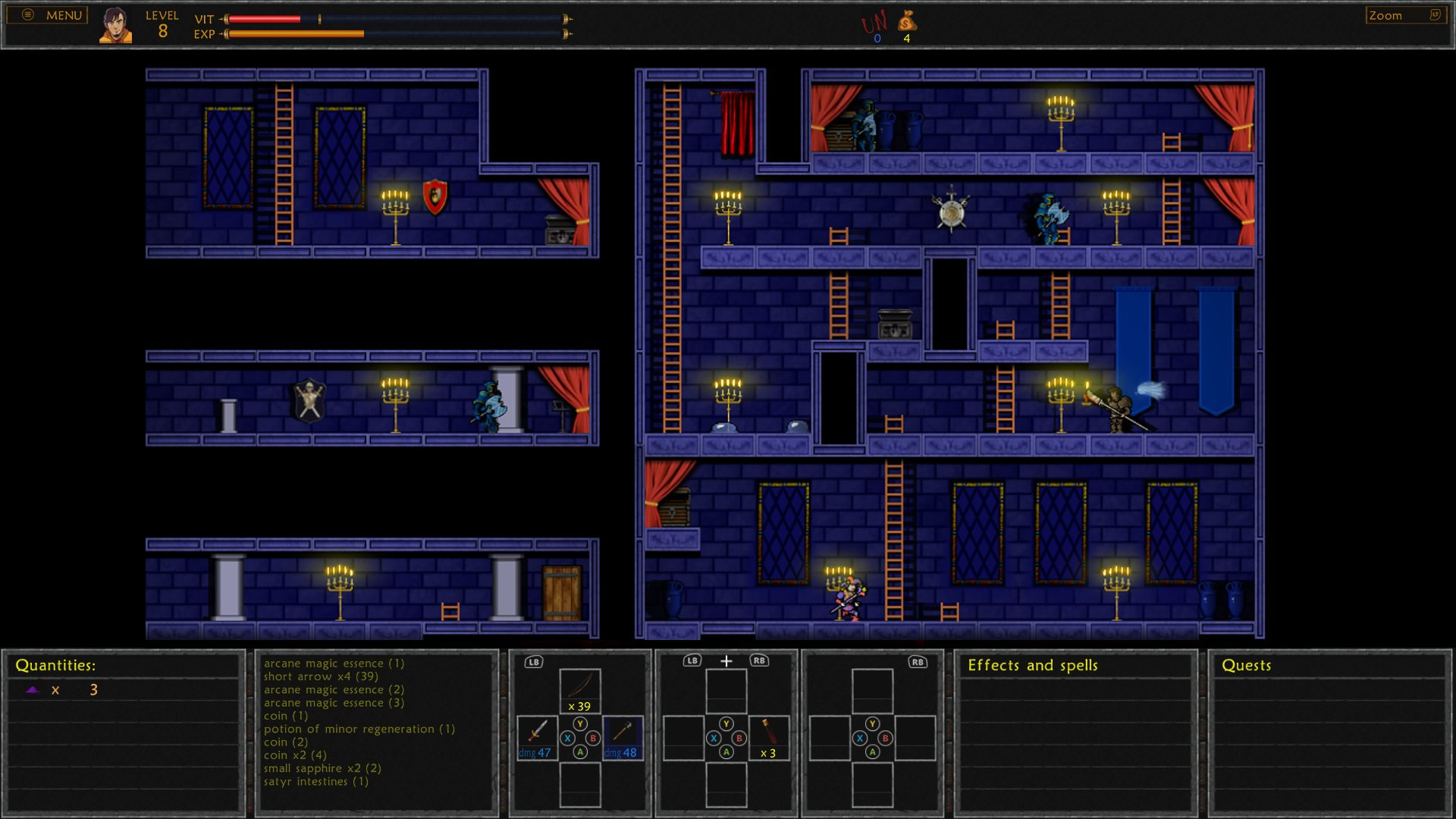 Unepic is an alright game that fits the targeted audience well though regular gamers aren't going to really enjoy this one as it can be difficult and hardcore most of the time. It has great meta content to it with some jokes I'm sure players will get a good chuckle out of. It does feel like something from the past, but that's the charm of the title and what it was aiming for. There's a solid amount of gameplay and a pile of deaths awaiting you for hours of gameplay. While it may not be for everyone and again casual players stay away, it does its goals quite well.

Unepic Review on Xbox One
Review Code Provided by EnjoyUp