"Episode 4: A Block and a Hard Place"

Minecraft Story Mode has mostly been alright throughout the first three episodes and honestly has lacked in episode length throughout. I had assumed this similar trend would continue, but it seems like they got it together to deliver on this amazing episode. This is the type of experience that I expect from Telltale Games and they brought it with action and emotion. I never even expected them to push the boundaries of loss since this was geared towards a younger audience and people are going to feel it after this one. The episode was also much longer than any of the previous ones in this season and comparable to their other games. It also felt like this would have been a good ending episode as it tied things up nicely and I'm very intrigued to see where they go with the finale. Everything also had a feeling of higher stakes to it this time around and some actually intense action sequences. I really was impressed with the improved caliber and that the experience was far less glitchy than the previous episodes.

Everything looks and plays in exact detail to what their Minecraft counterparts would be like. It was so great seeing the many Minecraft creatures they were able to stuff into this episode and fans of regular Minecraft will love that. There was even a great amount of story detail that was starting to be built up and created a sense of lore for Minecraft. The voice acting was well done with every character feeling absolutely unique. The game does look more akin to animated Minecraft videos which I'm sure many of you have seen before which was fine. Combat within the game was rather stiff, it also ran better than previous episodes though Telltale still badly need a new engine. Finally would like to mention that the game has some neat side crafting areas where you can decide what to build in order to complete a task. 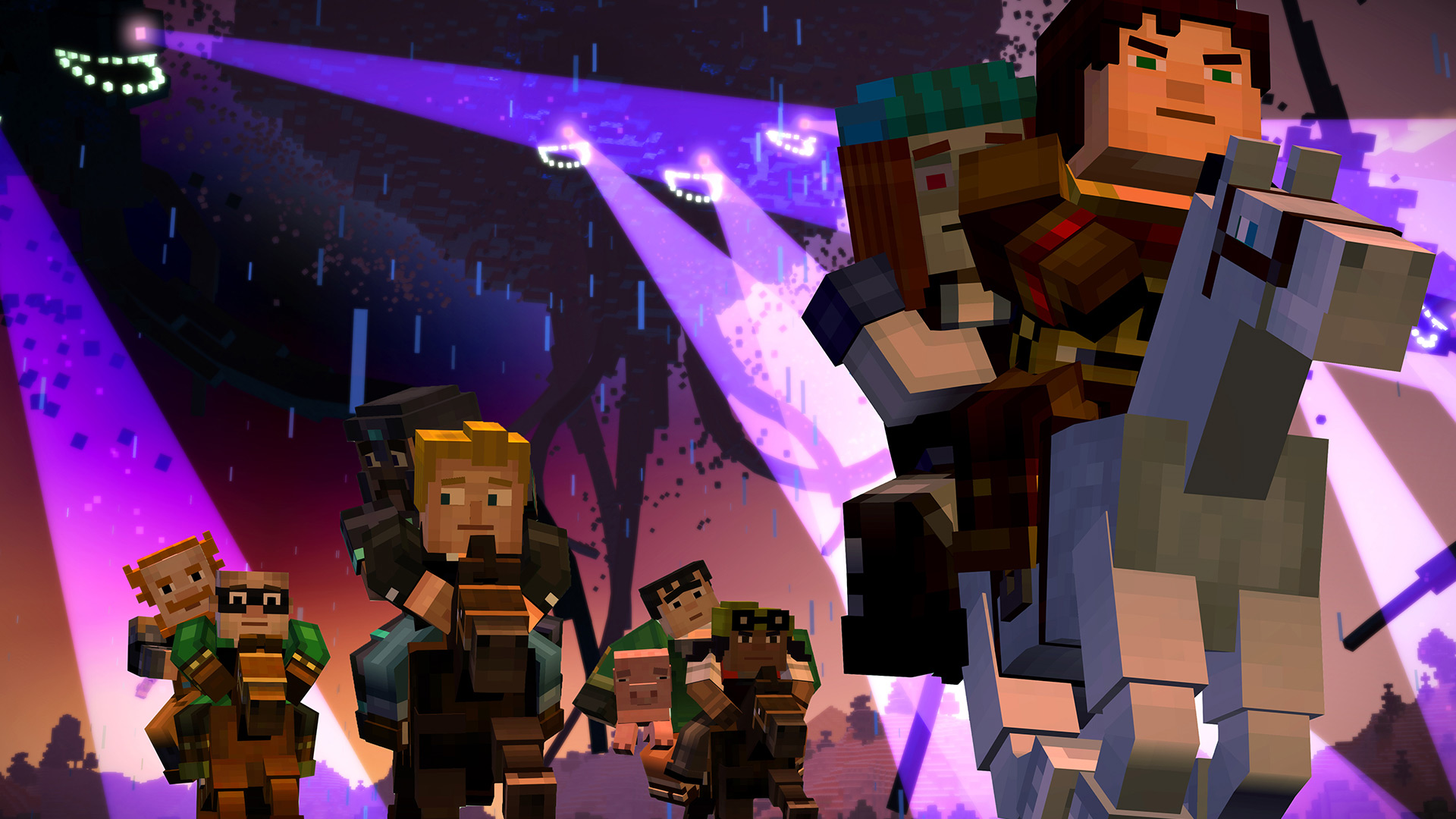 The rest of the season really was completely weak compared to their delivery with this episode as it strung together action packed sequences where everything felt at stake and still kept some more intimate moments. I'm still shocked with the direction they went in terms of tying it all up in the fourth episode and the emotional lines brought up in this episode. This episode really shows that even Minecraft can have a story if all the right aspects are put together. I really hope that this continues into the last episode and the second season which I assume they're aiming towards.