Gems of War Xbox One Review

"A Gem in the Rough"

Gems of War may seem to be just another mobile-style tile matching game at first glance, but upon completing the tutorial the title offers some unique gameplay. Before beginning the campaign, you must choose a hero to represent you on your journey. There are six races to choose from with male and female versions of each race. The story begins in your home kingdom where you complete quests for the local Man at Arms. Quests are completed by defeating a CPU opponent at a tile matching game. Players then have different troops available to them represented by cards in the sidebars of the play area. Each troop has at least one color tile that will allow them to power up their special ability that they can use to attack the other player’s troop cards. Players take turns matching tiles that match their particular troops colors, or taking a defensive stance, can match their opponent’s colors, preventing them from powering up their troops. This chess-style of play makes thinking a few steps ahead a necessity when taking on higher difficulty CPU opponents, or when challenging other players online. completing quests and leveling up your hero allows the player to travel to other kingdoms in the realm which offer new quests with unique storylines. Other areas to explore in the kingdoms are Challenges and Arenas. Challenges play out exactly like the quests although without the accompanying storyline. Arenas are PvP action where you must pay an entry fee and battle other players until you lose twice, or emerge victorious. Players can also choose to create or join an online Guild. Contributing to a Guild can boost gold earnings, increase mastery boosts, and give treasure bonuses.

The core gameplay of Gems of War is simple, match at least three tiles to power up your troops and defeat your opponents. Matching four or more grants an extra turn, while five or more gives a surge of power. There are also skull tokens that allow a direct attack to the opponent’s top card when matched in three or more. The strategic placement of troop cards is essential as some troops can protect others below them. Also, troop types of the same color will power up in order. Meaning that the first troop of a particular color must be fully powered up before allowing like colored cards below it to receive any benefit. There are bonuses for daily play which can be gold bonuses, or even special items and new troop types. Like many games, Gems of War has a store that supports micro purchases. I am not sure if this even classifies as a detriment to titles anymore, but I will mention it anyway. The strategic element to Gems of War make it stand out against other titles that would just have you mindlessly matching tiles to pass the time. 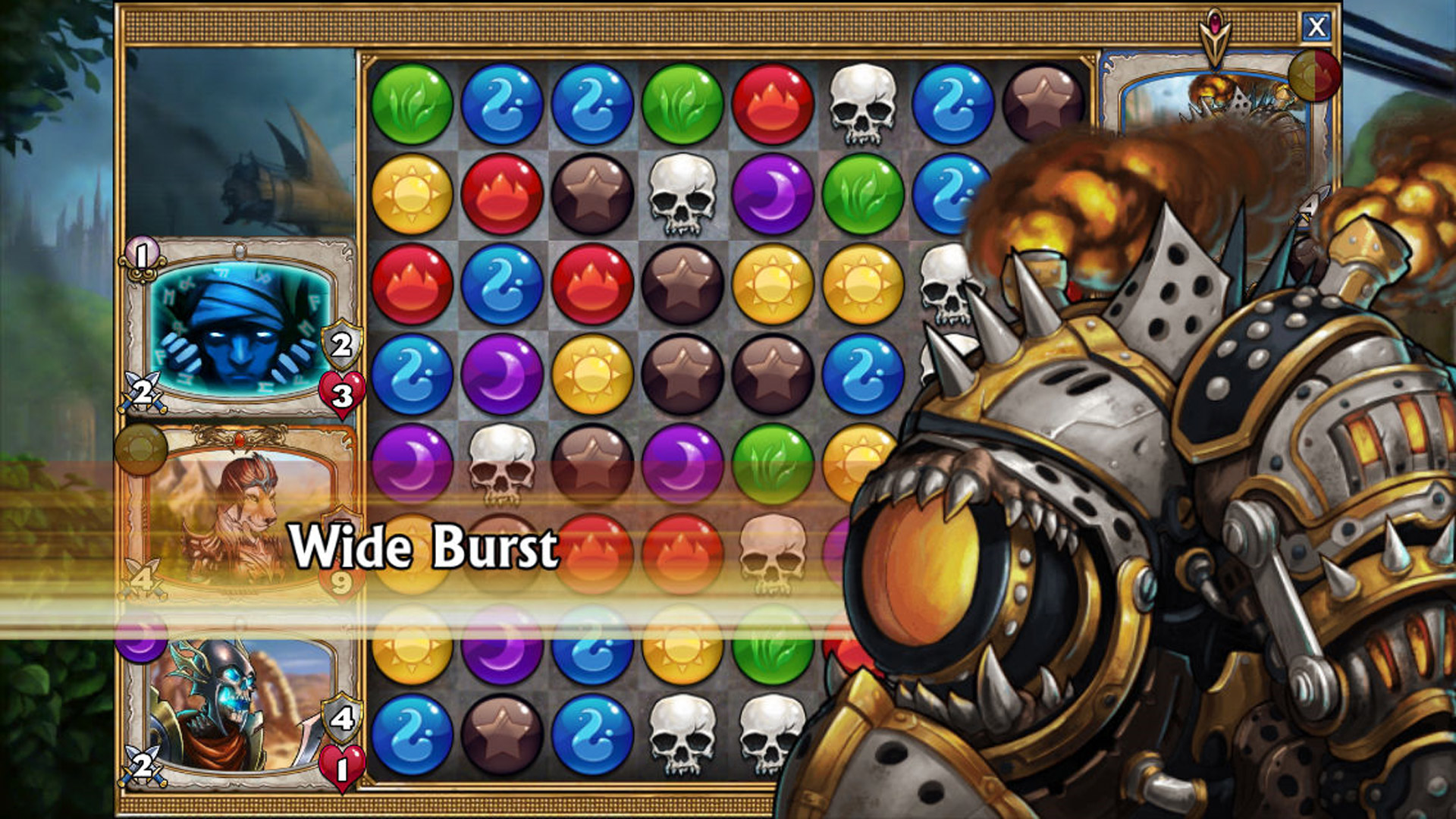 Gems of War surpasses many other tile matching games by mixing in strategy and story telling to validate the title. The turn based gameplay, whether against a CPU or online opponent is refreshing. The chess-like tension causing you to plan ahead and anticipate your opponent’s moves brings much more to the table. Gems of War is a great game for those looking to use a bit of thought in their tile matchers.

Gems of War Review on Xbox One