"The Moon and the Night"

The sun and the light it emits has disappeared which has worried the moon causing it to go search out what happened. This sets the moon out on an adventure spanning the solar system as it meets each of the other planets on the way. The game plays out in a platformer style with the lit up ball that is the moon being the key character. What makes this game so interesting is that when you fly off the bottom or top of the map you appear in the opposite side. When flinging off the map on the top you will appear at the bottom and vice versa with both having puzzle solving benefits. Another awesome aspect of the game is that it's a rhythm based game to some degree with great soothing audio in the background and extra sounds when objects are hit. It also had a fairly decent story mixed into the whole thing and made great use of its levels. This is in regards to doing a double back once you complete the first tier which in itself makes each level that much more dynamic. Everything is simple split into ten tiers across each celestial body and it really made for simple, yet relaxing experience.

While the game did have some frustrating aspects in areas as most platformers do I was shocked at how well it balanced gameplay. It felt less like an annoyance and more like a test to come up with a better way to perform the area ahead of me. This was great as some platformers just get annoying whereas this one found a right balance of testing me while not pushing it too far. The game is simple in design, yet it still had a nice elegance to it with a beautiful soundtrack in the background that was only accented well by the interactive sounds hitting things made. It was very pleasing and did a great job in relaxing me while playing it. The game also did a great job in making me come up with new ways to complete areas despite having such a simple concept to it. 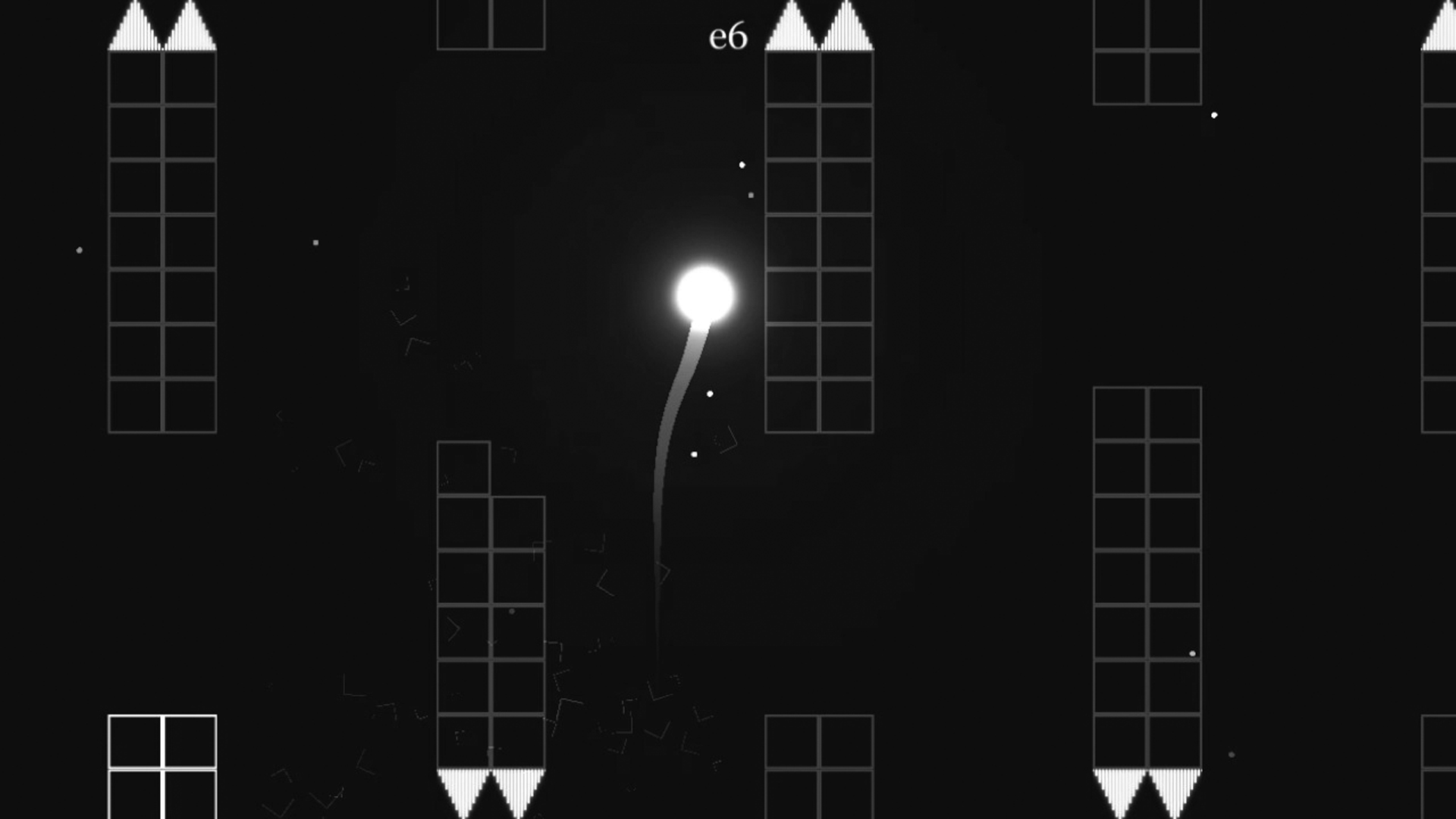 I really enjoyed playing 6180 the Moon as it had a somewhat charming story mixed with intriguing platforming and a unique sound to it. This is definitely a great title which I suggest checking out as it's really just a perfectly well done game bringing a simple, yet elegant theme into play. The story was also decent enough adding some good humor and context to usually boring planets that surround our solar system. It's a completely different title than what I'm used to on the console and was never frustrating like other games of the genre.