Just recently I reviewed Tennis in the Face for the PC platform so I was pleasantly surprised when they almost immediately announced the sequel called Baseball Riot. This game takes the same sort of Angry Birds like formula and gives it a baseball coating while also adding some small additional tweaks to it. This time around we have a disgruntled baseball star looking to take it out on the team he once played for and basically hit everyone with a swing of the bat. Not in the thought of hitting them with the bat, but you take aim and shoot baseballs at people. This is done by lining up angles and coming with creative way to get the ball to bounce about until it takes people out. This is done across a wide variety of levels and areas with each introducing some new aspects into play. Whether that is new environmental effects like explosives or in characters with catchers that can put an end to your shot. Another thing that's been changed is the score system where you now have to hit all enemies and get the stars on the levels in order to work on progression. I wasn't a fan of this since some levels already make it hard enough to take out all the people, let alone having to worry about stars as well. Once enough stars are collected across the zones you go onto the next area and face more people that are themed with baseball.

The game features some nice cartoon graphics which are pleasing though it really doesn't look much different than the previous title. Each level is almost the same aside from the content within and some better variation might have been better. I did find some of the new character additions did a great job in forcing the player to constantly come up with new angles to take them out. That's really what I find the most interesting within this game is the creation of angles and trying to find the best scenarios to take out enemies the most efficiently. It once again nails that while providing a harder challenge as well. 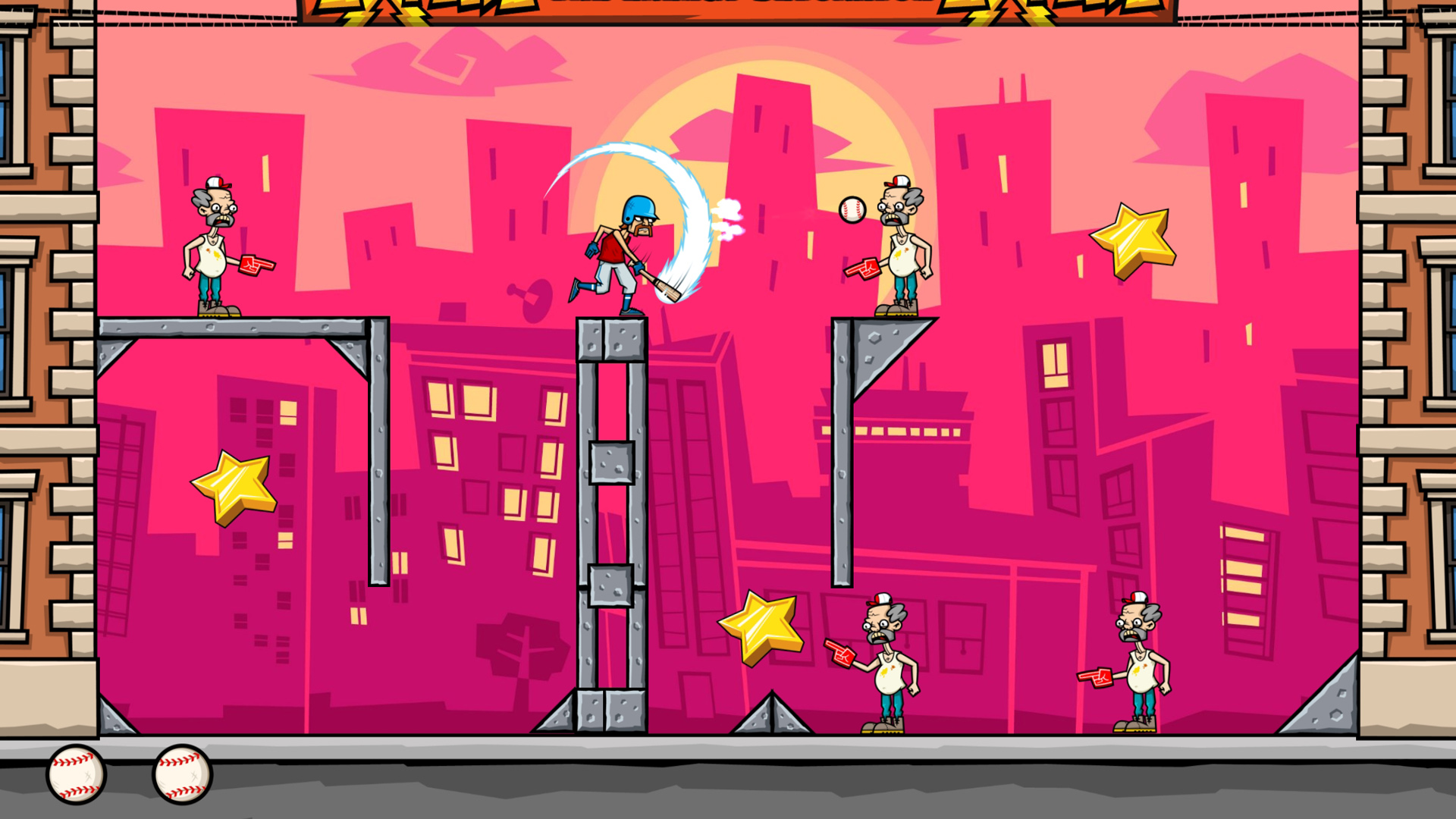 Baseball Riot is a decent title bringing in a good amount of gameplay across the many campaign levels and doing an even better job of getting players creative with their shots. It also has a good amount of humor to the title as you slam the ball at enemies or cause max explosions. Still, I wasn't a huge fan of the tougher score system present within the game and that it didn't take too many strides forward. Though by the end of my playing I was satisfied with this title being different enough from the other one that it does somewhat stand on its own.