Deadpool is a rather interesting and currently very popular comic character which I'm sure many of you know. He also brings a couple characteristics that really make him unique like the ability to break the fourth wall and know that this is indeed his game along with crazy yet hilarious adult humor. This game is very crude throughout with some fantastic jokes so it does target a very particularly group of players. I did play this game the first time around on Xbox 360 where I thoroughly enjoyed it so thought it might be fun to play it again. The look and graphics of the game certainly hold up despite the being a direct port though I still wish they would have spent a little bit of time remastering it.

It's hard to review these types of games since it's still a solid experience, but a lazy port at the same time. One major problem I noticed is a crippling stutter to the game where it pauses every fifteen to thirty seconds which completely ruins aspects of the title. I would be in mid jump or in combat and die because the screen would freeze for a second. This was odd and really disappointing since it ran smooth on the old console and this was consistent throughout the entire game. While it's still a playable title, this is a sort of thing that infuriates beyond belief and really impacts the experience. Another problem I have with this game is the price point which is higher than what the game originally launched with a few years ago. Despite having a tiny bit of DLC that cost is really not justified within the title so I personally suggest waiting for a drop or sale if you want this game. The campaign itself is a great mix of comedy while Deadpool works through a series of levels which compiles his game. It does a great job in creating the glamorous and odd world that Deadpool lives with a full cast of supporting characters from his lore. The length was also well done and there are now challenge modes as well to play. I didn't really find those too interesting, but it adds some extra length to the title.

Despite being a few years old Deadpool still looks really good and generally performs well aside from the constant nasty stutters that kill gameplay constantly. There are many great references found throughout the game and I love how they consistently switch between game genres. While it's usually a third person shooter with melee title it adopts many other styles across the campaign which always brings a good chuckle. In regards to the weapons, Deadpool has many available with more to unlock through points that are gained constantly and these can also be upgraded for better effect. I also really liked the environments you get to travel through and it all fits nicely within his lore. 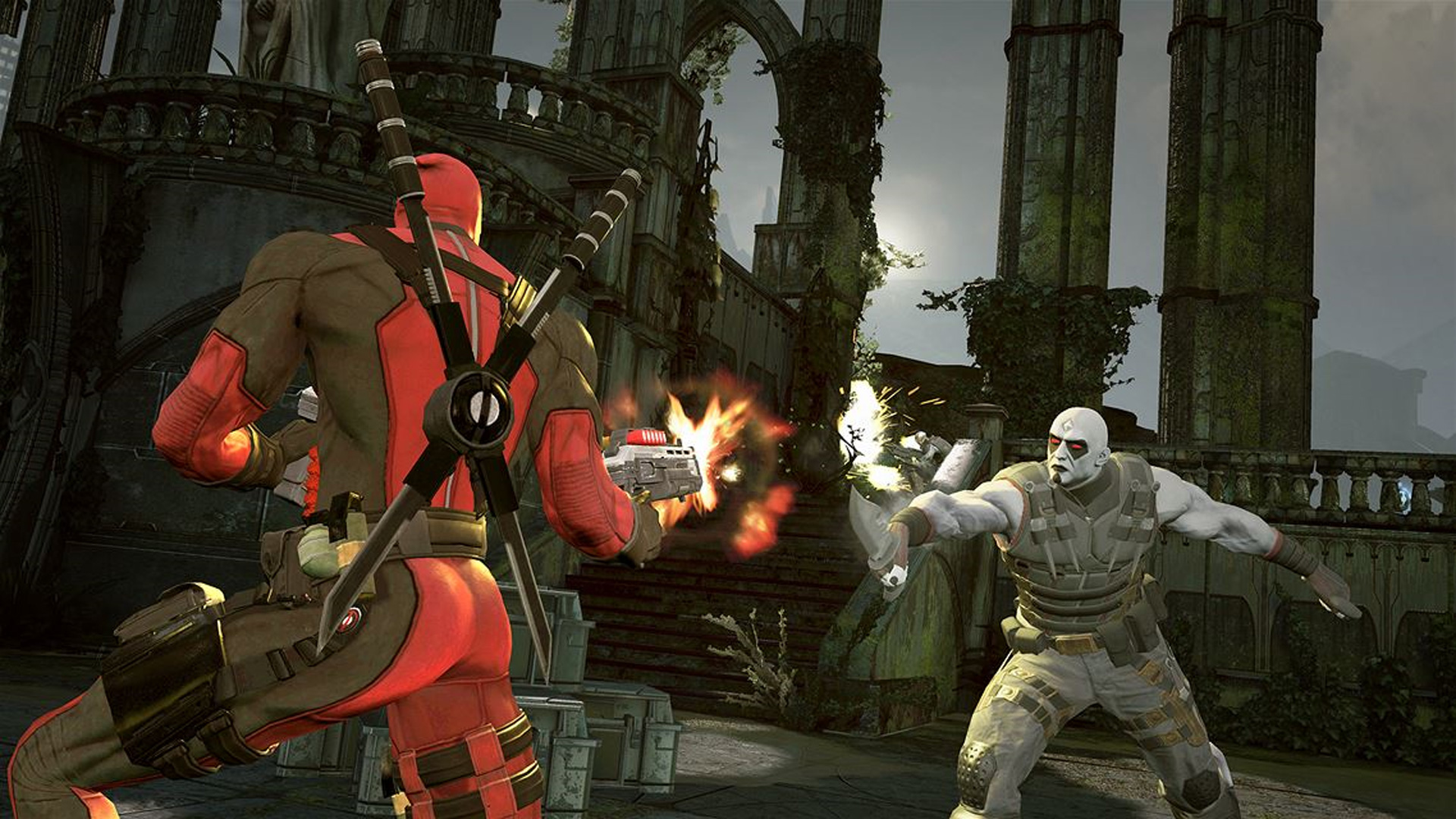 I find Deadpool to be a really interesting character and his game was really decent when I played it the first time. With this second time on the new consoles the stutter killed gameplay and it really felt like a lazy port release at too high a price. Hopefully they fix the issue at some point and lower the price than I would definitely suggest giving this a play. It's got a solid campaign and so many great references for fans or general super hero fans. It's rather adult of a title as well so know what you're getting into, though it's incredibly satisfying seeing a game go all out in that regard. By the end of the campaign this game did deserve a better clean-up when being released again and it really is a great title that just has received poor treatment.