"Balls to the Head"

Super Party Sports: Football is quite the title and it somewhat describes the game it's attached to. In this title everything focuses around completing the level as quickly as possible and that can only be done by picking pinpoint passes and shots. The game is designed as a progression game where the user has multiple players stuck in positions across the field and you need to pass to these players in order to hit the opponents. Once every opponent has been taken out, the football or soccer ball if you're from where I am gets charged. Once this charge is complete the user can then use their players to shoot at the net and score by basically exploding the goalie. It feels and plays much like a mobile game which is where this port comes from, I just mentioned this aspect as I want to give you an idea of exactly what this title is about. Each level is part of a series which goes towards a cup and there are a great many cups present in to play in. All of them bring new aspects and continue to keep things fresh throughout. The goal of each level is to collect stars based on time performance and gaining so many of these throughout a cup will unlock the next cup. I found there to be a bit of a steep curve towards the end of each cup though it really didn't matter too much when looking to progress.

It's a very simple to play game and plays somewhat of a mobile game in creating a good passage of time. This is of course geared towards football/soccer fans and so the game has many well done references to it. There's also a number of ball abilities present and some customization options for which coins earned in play can be spent on. The game is really based around kicking the ball from spot to spot which works well mostly though many times I found it might have been nice to select just how hard I kick since the ball would for long stretches go flying out into the distance. The system for moving the ball around did work well mostly with efficient play when it did, just many went way off and ruined some timed runs for me. Also, as mentioned before they do a great job of adding new factors like special enemies or environmental aspects like spikes throughout the many cups. The environments are actually quite charming as well with a lively crowd and some nice animations. 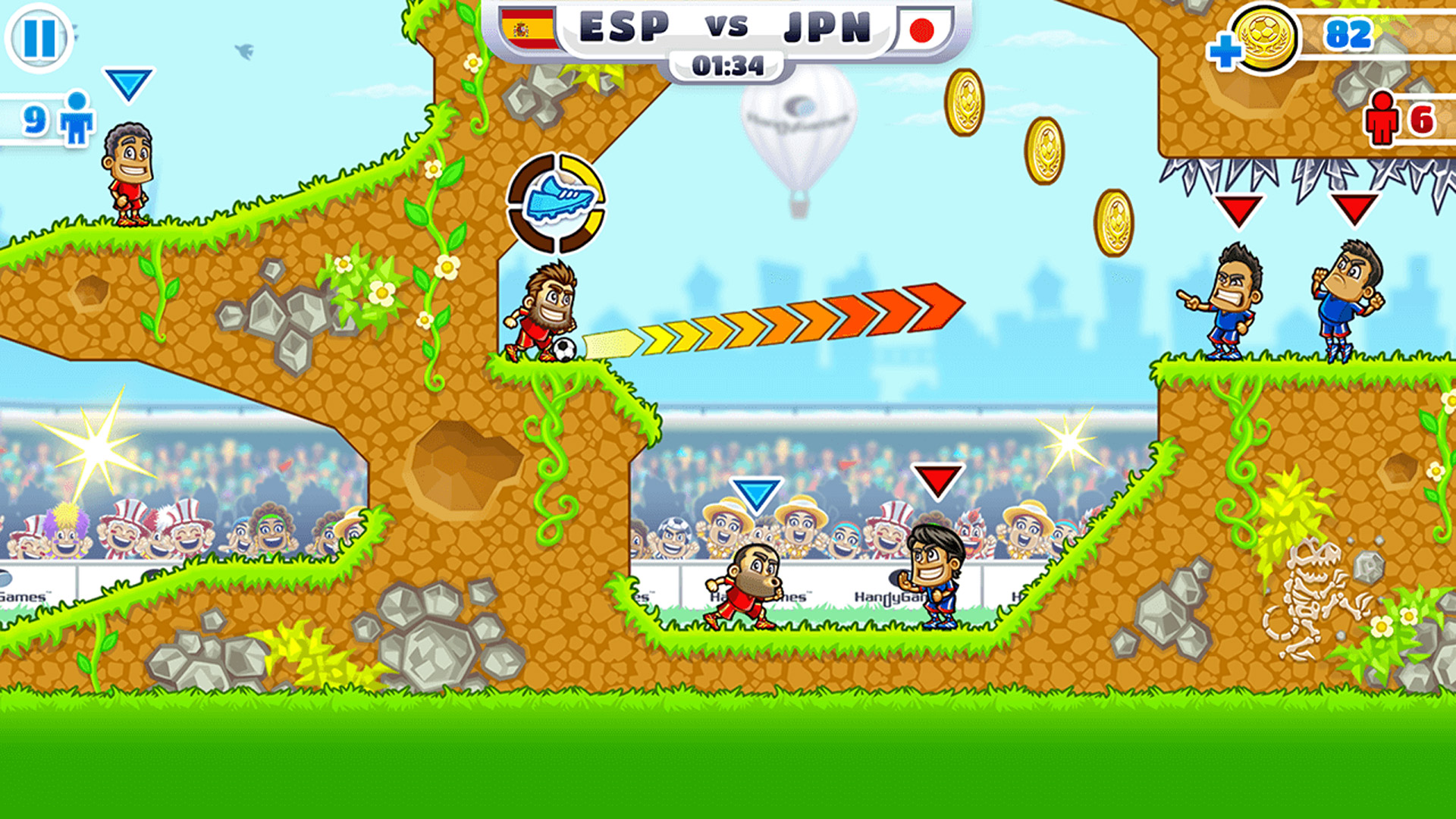 While Super Party Sports: Football really doesn't do anything particularly crazy, the game is great to pass time with and it provides some intriguing ball movement challenges. I wish the aiming system was better, though when shots were lined up it was a pleasure to see them be executed. It was also hilarious seeing the opponents split apart when getting hit by soccer balls and it added a nice level of combat almost to the sport. It definitely does fill a certain niche and I will say there's plenty of content available for the price.