It's time for the Showdown of Legendary Legends with Kung Fu Panda which brings the entire list of characters within their cinematic universe to combat. The game hosts a roster of twenty-four characters to play as with additional characters from Kung Fu Panda 3 coming near the release of the film. These characters have all come together for a special battle tournament in a similar scenario to Mortal Kombat where they want to find out who is the best at Kung Fu. Of course it doesn't include the violence of that series, it does have somewhat of the same set-up story wise. The tournament itself is host to a series of competitions which always switch up after each win and move up the list. I did find some of the later challenges a tad ridiculous where multiple enemies would fight you at once though still not a terrible area as it had many levels of gameplay. The best part for this title is actually combat and the versus modes. You can create and sort of custom match you want with the many differing modes and then battle it out. This is available for both local and multiplayer matches with the online mode being quite awesome to battle it out with friends. There's also a tutorial mode present for those that want to hone their skills up before battling it out.

The game feels very much like a smash bros type experience where four players battle it out in a series of arenas. With this title they have a great fresh set of unique maps that offer various level challenges like bridges that can be knocked out or things like sinking levels. It also offers a large roster of unique characters to play as and battle it out. Matches have players battling in these arenas in attempts to knock players out and there are also Kung Fu Panda universe themed power-ups for deadly effect. Along with those are "awesome" combos which are built up through combat and have massive damage tolls to others. I did find some inconsistencies with knocking out AI at times since they seem to always recover, but this was much better balanced when playing against real players. The environments are also quite lovely while perfectly capturing the scenarios from the movies and adding some nice level special changes to mix up combat. The characters are also well done with some fluid animations and voice comments as well which match the characters. Each of them also have their own set of skills and "awesome" abilities to unleash on other opponents. 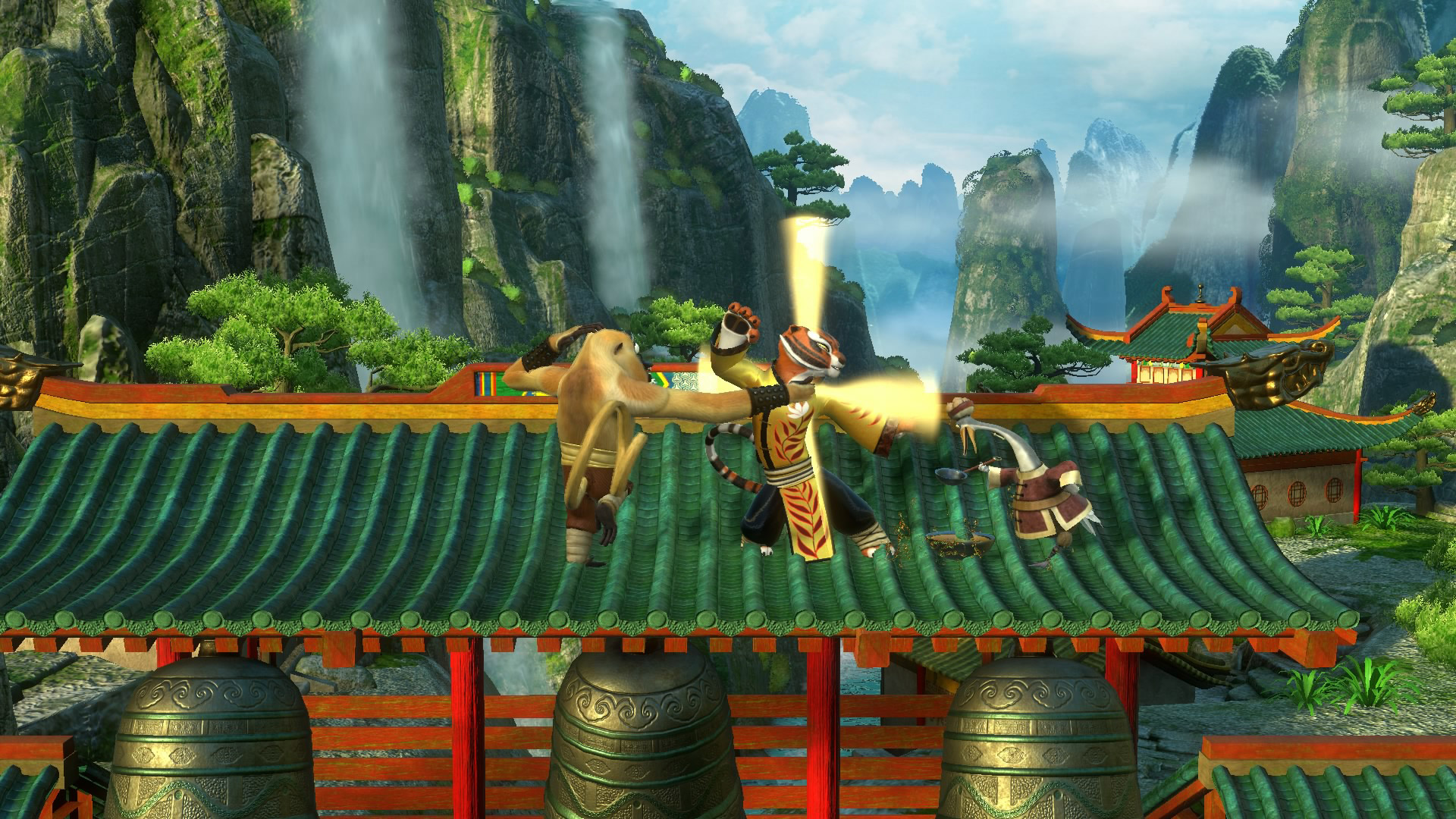 This is actually a solid title mimicking the four player combat style of gameplay and puts a Kung Fu Panda flair on it. There's a bunch of content present within the game for many customized modes and a tournament area if you'd like to play in it. I also had a great time fighting within the title whether that was against AI, local players or friends online. The combat felt like it was well done with balance between the fighters and it kept things competitive while still being younger people friendly the entire time. Definitely a well done combat title and something that was enjoyable while playing.