Starwhal has finally released Review on Xbox One bringing all the craze of this space Narwhal thriller to the console. If you haven't seen or played this title before it's full of vibrant lighting and hilariously difficult controls with these creatures attempting to stab each other in the heart. This edition really doesn't pack anything new from the other platforms aside from some additional customization items though it's still much better played on a console compared to PC. I say this in the fact that it's easier to get local games setup and just a tad more comfortable to maneuver with the controller. Starwhal is mainly a game about destroying each other across a variety of custom matches, though it does also bring some single player in the way of challenges yet I just don't find that aspect very entertaining. These challenges are of course a series of small levels with objectives to complete and vary to some degree. The main point of this title though is the highly hilarious multiplayer which can be played with AI Narwhals, players or a mix of both. This works well and can be a ton of fun, it's just disappointing that there's no online multiplayer for the game.

Modes
The game is broken down into four key modes and a series of maps set across multiple planets that work on all the game type variations. The first mode is classic where each Narwhal has a set of lives and are trying to kill each other by penetrating the heart. The second is score attack where you need to stab others in order to get the high score. Third up is Zones where the goal is to capture and protect various objective areas on the map. The final mode is Heart Throb where everyone chases after the one with the heart trying to capture it and then run away from everyone else.

Starwhal does a great job in creating a colorful and vibrant world where the space Narwhals stab at each other. It's even crazier when someone gets close to a stab and everything will go slow motion to create a tense moment. The controls are slightly difficult to get moving which adds to the hectic charm provided and they will take some time to get used to. There's great variety across the many maps included within the game and even a fair amount of differing modes to support that. Finally you can enjoy many Narwhal customizations with some bonus ones present in the Xbox One version. 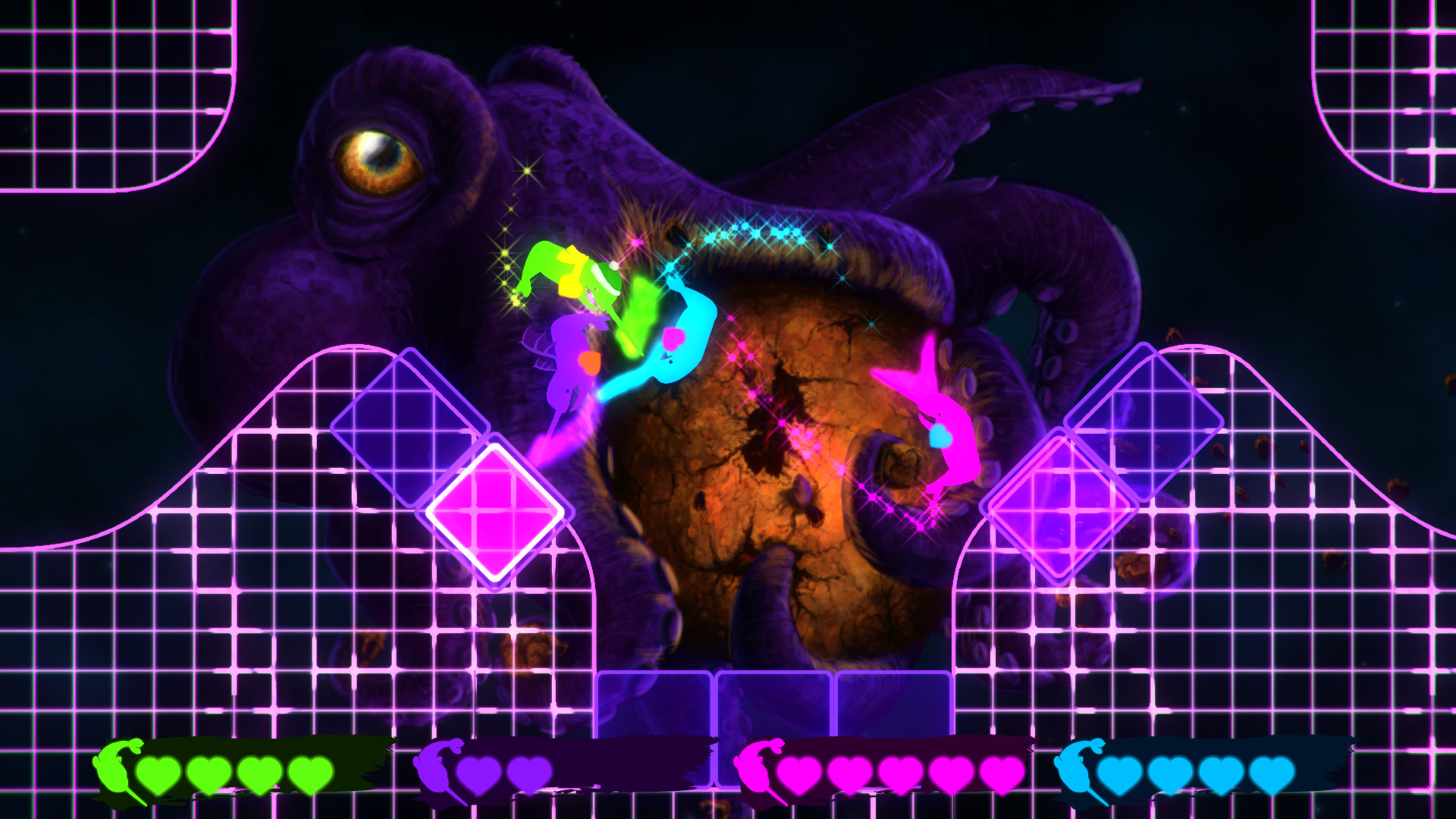 Starwhal is a ton of fun to play whether that be against just the AI or having others with you as the matches always bring great levels of hilarity. I found Starwhal to once again be an enjoyable game and even more so on the console as it's much easier to get things set up for multiple people. It's a great party game filled with tense gameplay that's surrounded by vibrant colors and Narwhals fighting in space. The game is quite something if you've never played it and another iteration of a game that you might have enjoyed on an easier to access platform.

Starwhal Review on Xbox One
Review Code Provided by Breakfall