The Darksiders series was something I just skipped out on last generation as I was always busy with other titles as per the usual. With the remaster or "Deathinitive Edition" as they call it coming out I thought it would be a great time to give the series a try. It was definitely well done with some really great gameplay aspects whether that be the smooth parkour system or the actual intense combat featured throughout. The story for this game takes place after the first game and Death is out now out trying to clear the slate for his brother. They are of course the four horsemen and if future entries release I imagine more of that squad will be character you play as though this is Death's story. The game is mostly a third person combat title though it takes many strides towards having a RPG feeling with the management of the character and the generally large scale areas you travel along with your trusty mystical horse. The various levels or well just the story since its one continuous adventure did a great job of mixing up the differing aspects of gameplay. Whether that be moments of puzzle solving, parkour movement or combat to name a few and every are displayed partial parts of each. I did however find some aspects to be slightly difficult with some bosses and at times a bit lost in what I was to do, the guide bird you're given did somewhat help with that.

Death and the world around him does have a particular charm to the art style though for a remaster it didn't particularly look as great compared to other titles so I wasn't entirely impressed in that regard. The combat is smooth with many tactical abilities available for Death to unleash on enemies which always mixed things up and was generally exciting. It wasn't always a game of combat since there are some options for dodging which was required for some of the bosses out there to chain more strategic attacks together. The parkour system was also really well done and felt smooth as Death transitioned from ledge to ledge with it mostly working perfectly. Aside from that I did like the RPG elements where Death had skill points and you could equip new weapons which was a nice touch to make the game distinct. Finally, I really enjoyed the open spaces you could travel with the horse as they were rather relaxing. 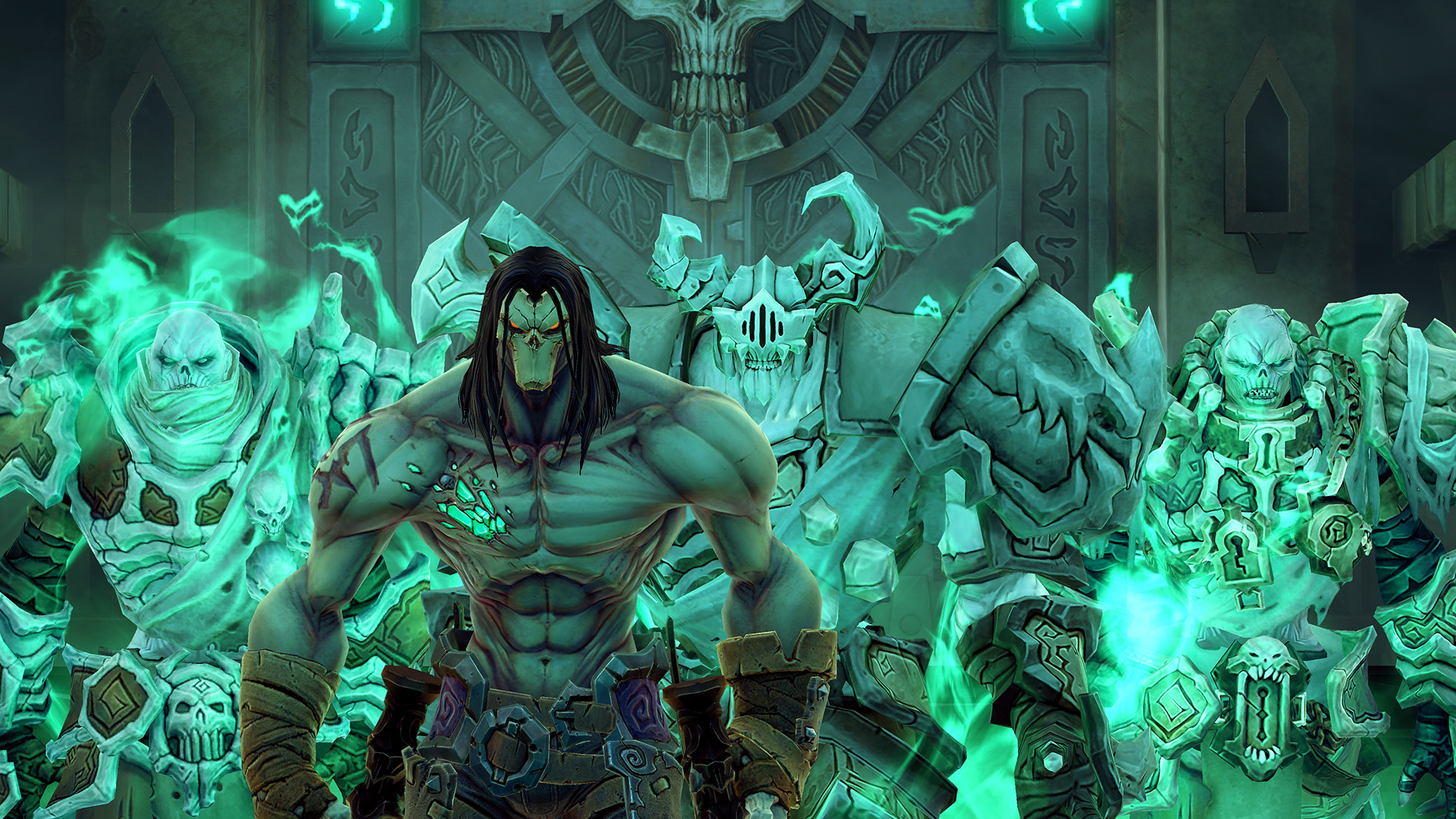 While it does have a rather stupid name, "Deathinitive" was a well done remaster for a title I never had the chance to play before and is definitely worth checking out. The visuals honestly weren't as amazing as I expect for a remaster, but the world is ever vast and the gameplay itself more than makes up for it all. The combat was rather interesting with so many great options to battle out with your foes though again the difficulty can spike at times of combat. Would have also been nice to see the first one as a separate release or part of this collection though this is still a nice entry for people to start with. Hopefully at some point a third title arises and I look forward to checking that out if it does.