In the middle of a rock concert where these three girls are performing the zombie outbreak begins and then everything turns chaotic. That's basically the premise and from there we begin slashing our way with guitars to victory. It's actually somewhat entertaining in terms of gameplay and generally the fairly decent amount of content presented. The gameplay itself looks really dated in terms of the graphics, additionally many animations are rough and the neat comic strips placed between levels is just ugly as the quality is so bad you can't even make out the details. This is disappointing to some degree because it's actually a fairly fun game to play and again the content present across just one campaign playthrough was actually a decent length. Furthermore you can go back to play as the differing characters if you'd like or replay levels though that really doesn't do anything. It also feels like it should have been a cooperative game to a degree with all three characters showing up in outros for every level and even the amount of enemies on-screen at times gave off a coop vibe. The story itself was alright taking you across a variety of locations while fighting some occasional bosses though the levels also began to feel repetitive by following a similar formula. Some of the later levels also recycled earlier levels and just changed textures, but that really didn't bother me too much as they did somewhat make them distinct. There's also a rock shop where you can buy extra clothes and such, though the coin system in the game never seemed to work well as they constantly disappeared.

Like I stated earlier graphically it looks really dated and there are many stiff animations thrown in there. The combat is based around creating hit combos with your guitar and you can also shoot some neat rock power beams which decimate zombies which was neat. There's also some alright variation between zombies though it does get stale towards the end and also the marine soldiers found later in the campaign we some of the oddest AI I've ever fought. They'll shoot with great accuracy and then just stand there straight up for a few seconds before shooting again, very strange. Another problem with the AI and general world environments is that there was no consistency with damage. Sometimes hits would do nothing whereas other times I'd lose 50% of my health pumping into something or just walking around. 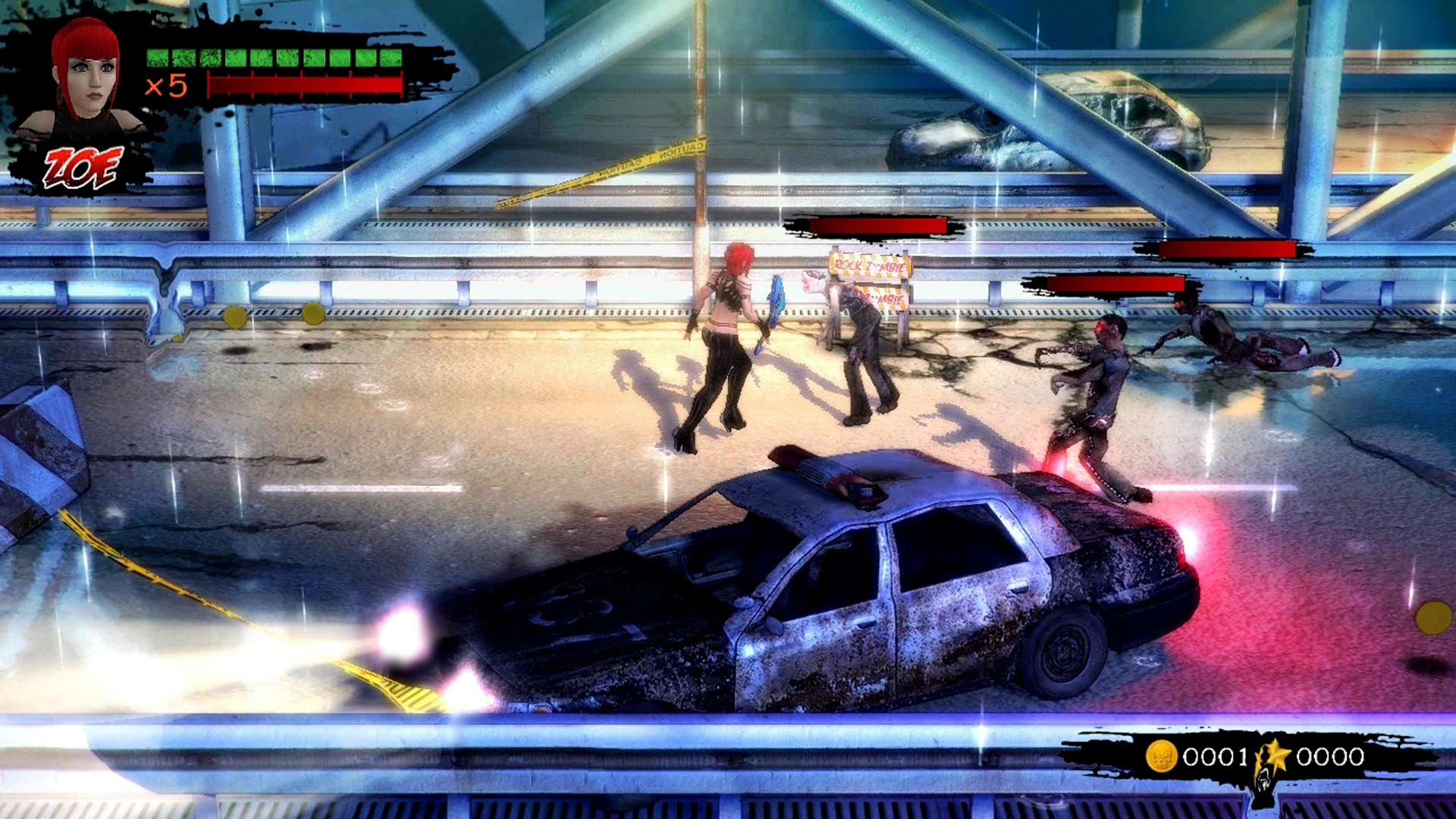 I did have some fun while playing Rock Zombie and the game does function well, to a degree. It really isn't a shining example of modern technology, but does have the marks of an older brawler game. It gives off a whole arcade like vibe while playing, though I'm unsure how many will really love that. There were many strange aspects when it came to AI and I feel it would have been better if a cooperative part was added in as it seems like that game should have had that. There were also driving portions that appeared every so often which was a neat change in gameplay, though these were quickly annoying due to length and that it was completely repetitive. Rock Zombie was an alright game with some decent campaign length though really nothing too spectacular.