"Episode 3: The Last Place you Look"

After the second episode was rushed out with a shorter length and a fairly weak story I had high hopes that this would be a push of redemption for the season. Luckily it was the strongest episode yet mixing action and actual gameplay elements perfectly well without all the usual bugs that appear across the episodes. While it still wasn't up to the length of other Telltale Game episodes it was a very strong portion of the Minecraft Story Mode. In this episode we have some of the order collected and are seeking out the final member named Soren which is a masterful builder with special TNT device. In this episode we got great moments of mass amounts of enemies filling the room, unique massive Minecraft structures and a stealth area. This comes together for what's actually a really interesting episode of comedy and some suspense. There was also a bit of an emotional aspect which I never thought would be present in a Minecraft title.

Everything looks and plays in exact detail to what their Minecraft counterparts would be like. It was so great seeing the many Minecraft creatures they were able to stuff into this episode and fans of regular Minecraft will love that. There was even a great amount of story detail that was starting to be built up and created a sense of lore for Minecraft. The voice acting was well done with every character feeling absolutely unique. The game does look more akin to animated Minecraft videos which I'm sure many of you have seen before which was fine. Combat within the game was rather stiff, there were also many background flashes which were definitely buggy portions as it the Telltale way (the badly need a new engine). Finally would like to mention that the game has some neat side crafting areas where you can decide what to build in order to complete a task. 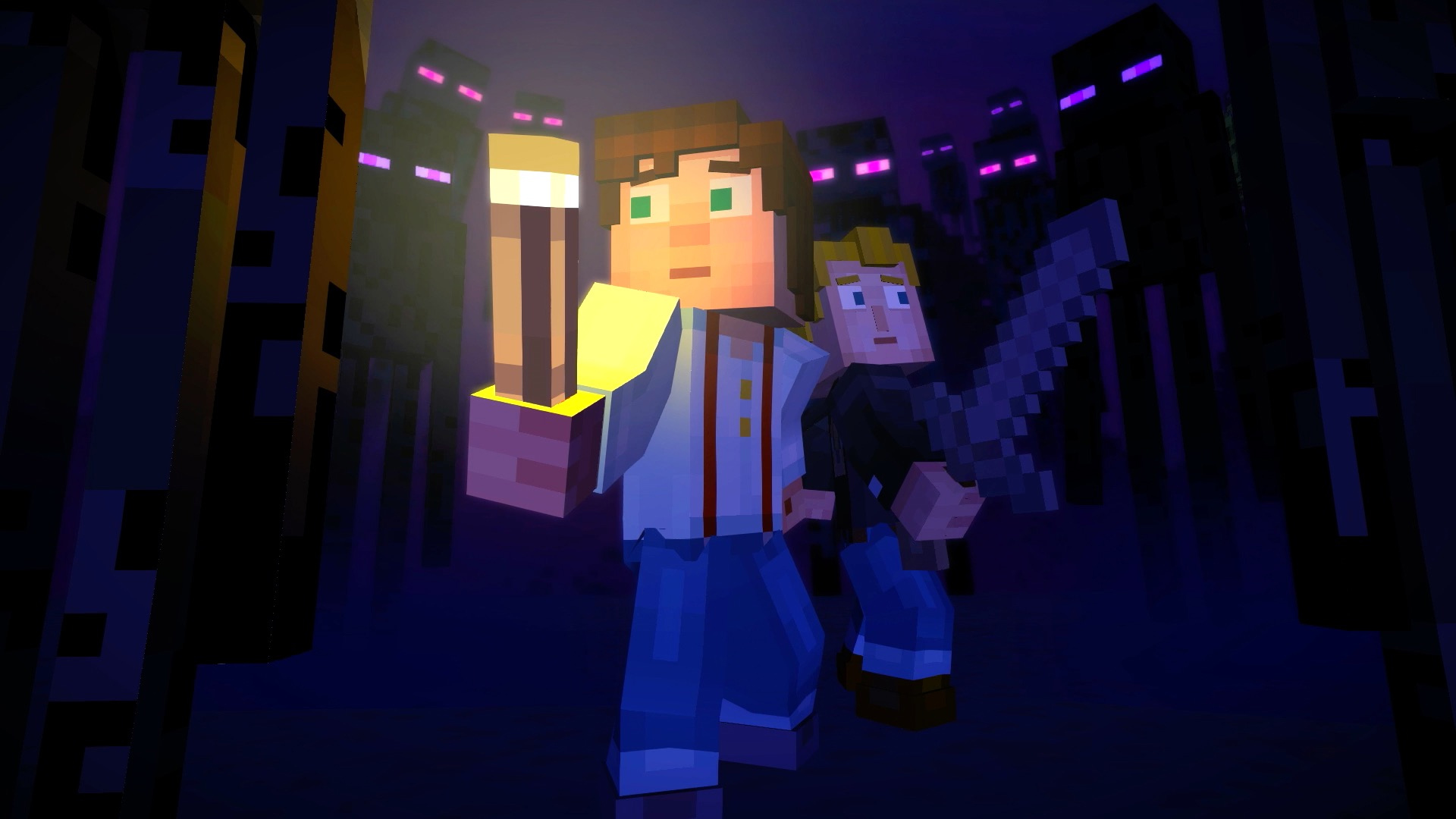 This was definitely a much better episode in terms of progressing the narrative for the season and providing much better elements than in the previous episodes. While I still wish these episodes were longer this one worked towards that despite still being short of the length I'm used to. It's neat to see these episodes release so quickly, yet I find this is cutting back on quality to a small degree. Overall this was a great episode bringing in many well down elements of comedy, sorrow and stealth scenes in a completely unique environment that hadn't been explored until now. Hopefully this quality improves in the remaining episodes and look forward to where the season will take us next within the world of Minecraft.