It's been a long time in the waiting as the finale for Telltale's Game of Thrones has finally arrived. Everthing is more or less wrapped up with all the various story lines meeting their complete whether that be in absolute dread or in the example of shining hope. Your choices of course have made some impacts in how the individuals within House Forrester fairs when it comes to the end. With this episode particularly pushing past events with a unique montage at the end telling the tales of which you had woven across this journey. Like the Tales from the Borderlands ending they elected to remove almost all elements of actual gameplay instead opting for purely cinematics and quick time events. This was fine for me since the gameplay elements are never usually well done and it kept the pace continuously going. The finale was indeed filled with many intense moments that were both glorious and heartbreaking. By the end of my journey many that I had cared for had perished while some surprises were definitely present. I'm not quite sure how I felt about it all at the end, but I have to say it did fit well enough within the universe it takes the name from. While ultimately things didn't turn out how I wanted and choice did feel forced like other games from Telltale I the journey was interesting enough.

The cartoon style from the previous entry returns, basically the same as previous Telltale Games' as well. Now I'm usually alright with these graphics though it's starting to feel like it's a bit clunky and maybe some upgrades are needed to that engine. It also felt grittier to me this time around with graphics that could have been a bit brighter. Everything feels about the same as far as gameplay goes and this is like other Telltale Games. 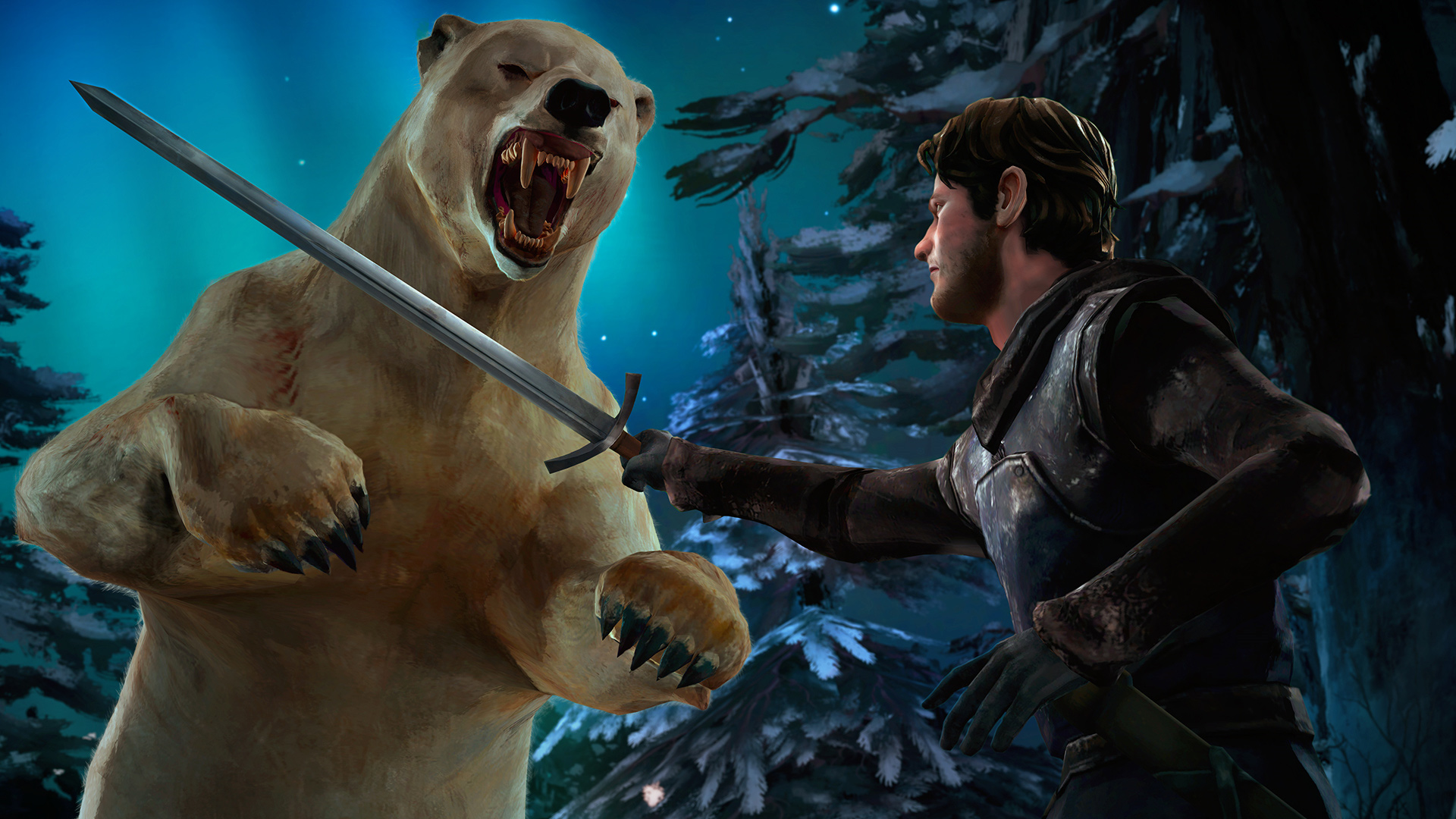 It would have been nice for everything to work out the way I wanted but that's not how life of Game of Thrones works. The episode was filled with many epic moments along with some emotional ones. In one way or another all the separate story lines were finished though not in the grand connection of which I had anticipated, yet still conclusive enough for this special six parts series. Don't want to continue complaining too much, though once more this engine is barely chugging along at this point with frequent freezes that hinder key moments and it needs some serious patchwork soon. Generally certain things could have been done to make this story mean something more within the universe, but I suppose to teaches some lessons and places itself as just another chapter in a never ending battle for the Iron Throne.