Knight Squad is a multiplayer focused game which features a number of arenas and modes to battle in. There is a bit of a challenge mode present as well which was poorly put together and seems luck based though that's easy to forget. The game also features a neat bots against bots mode that I imagine is purely for entertainment and just another side portion of the title. Back on track with the multiplayer the game features a number of actually exciting pvp modes with up to eight players battling it out. What makes this actually really great is that the combat itself is fun and that this can be done locally or on Xbox Live. It bursts out further by offering matchmaking over Live along the local or online private play. This will make it a perfect party game for people to battle it out in against bots or people online. The modes range from Free for All to Capture the Flag or even a mine the crystal one as well. Settings can be tweaked further for time and bot difficult since they will fill any spots left open by players missing. This keeps the combat constantly hectic and always provides you with an optimal experience which many other titles seem to be missing.

The graphics are simplistic to a degree though they do have a certain charm to them including ghosts appearing from when you die and then a skeleton just lying there. The arena maps themselves each have a unique style to them with various structuring to them and my favorite were the ones that could be destroyed to a degree using the drill or powerful weapons. In regards to weapons you all get a standard sword and then find power-ups lying around on the field. Collecting these grant better weapons, bonuses or other neat upgrades. These can also be leveled to a degree by collecting the item a second time which can create some hilarious powered characters. Combat is consistently frantic along with being fun whether that be with real players going at it or the actual competent AI troops battling along with you. 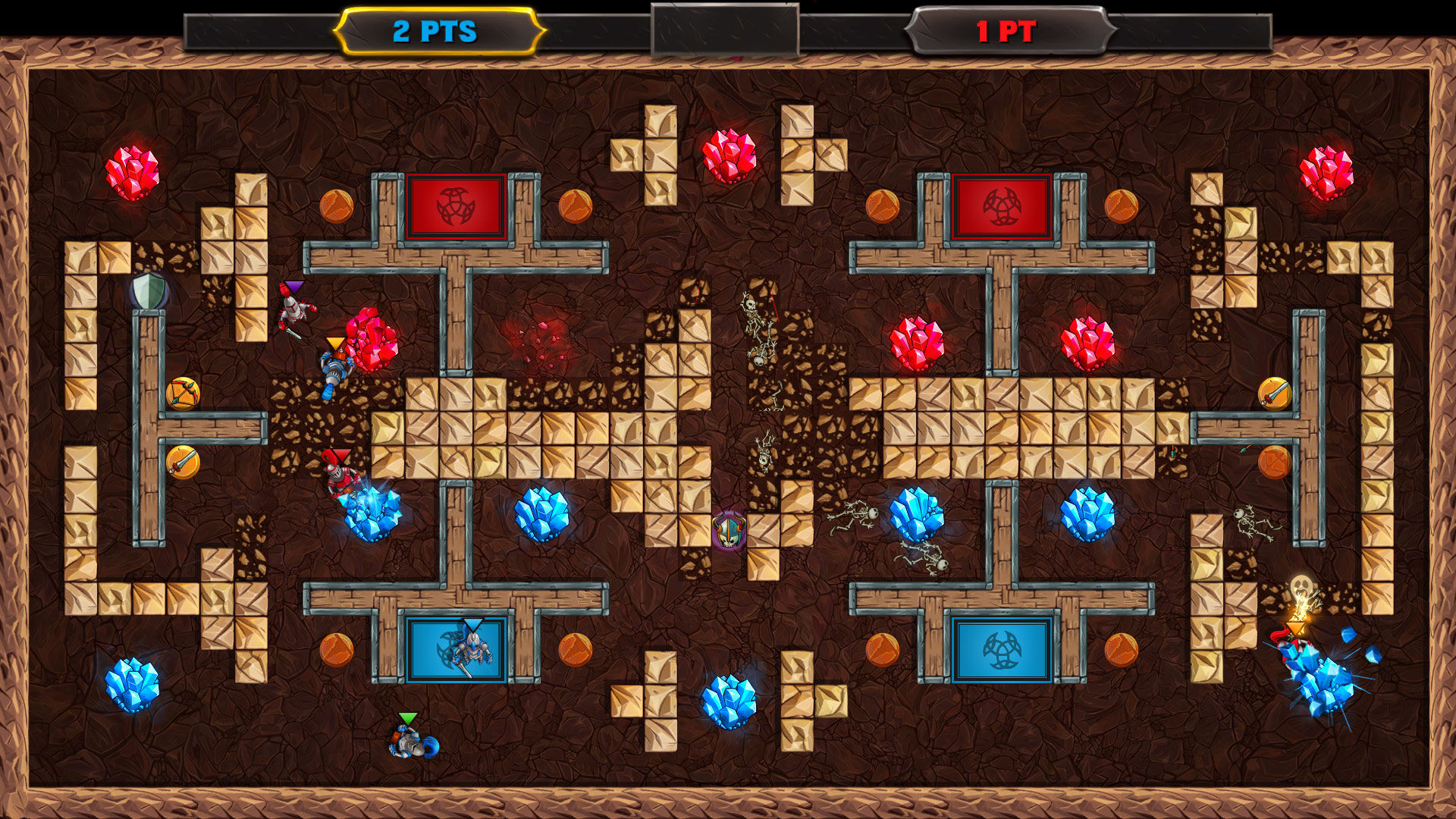 While Knight Squad isn't a perfectly rounded or stuffed out game it does provide a most solid of multiplayer experiences. It's a ton of fun to battle each other and I also can't mention enough how great it is to see this sort of game feature matchmaking and useful AI. The other modes don't really add much value to the experience, though you will most likely just skip over those for the party multiplayer games that are possible. I've already been able to try an additional DLC pack which adds new modes so there's definitely a good outlook for further content being added in the future.