Forced at its core is completely focused towards a cooperative experience of which death is a constant factor. While it certainly can be played on single players as I had to since the online has been empty it's been an enduring title. The story focuses around these tribes people that send some branded young into this religious portal to battle as gladiators for some evil mythic creatures and their enjoyment. This is done by having them battle it out across a number of trials before having to battle a boss guardian at the end before getting thrown into another set of challenges. This is rather rough and everything is intensely timed across leaderboards so this is really going to hit a certain niche cooperative group of friends. The setup was mostly fine as it made sense to learn a set of new skills while putting them in practice during a boss fight, but I just found the path getting there was actually sort of boring unless you were in a group of friends. I understood that death is a huge factor here, but I also seemed to die right at the end of challenges which just caused annoyance and would shelve the digital title for later. The boss fights were alright, though yet again quite aggressive with single player being a very harsh challenge. While progressing through the various challenges you will also unlock a survival mode which is a side thing from the main game and also just as harsh as the campaign aspects.

This is one of those over the top games where you control a class character and battles constant waves of enemies while also doing mundane tasks amidst it all. It's actually somewhat neat in cooperative play, though just plain frustrating when playing in solo. The environments certainly looked great with tons of tiny details, yet I found enemies far too repetitive so that counteracted the interesting spaces you fight in. Classes are selected before every trial so you can constantly be mixing it up if you'd like and am usually found of close combat though for this game I migrated to bowman quickly. Classes also have skill trees which are leveled and then mapped to buttons for some helpful combo moves. It's somewhat a twin stick game I want to say in order to best explain the overhead viewing. This camera angle also makes it well adapted for easy cooperative play as well. You also control a blue sphere creature which provides guidance and is essential for doing any of the puzzle solving present, definitely a thing to mention to players. 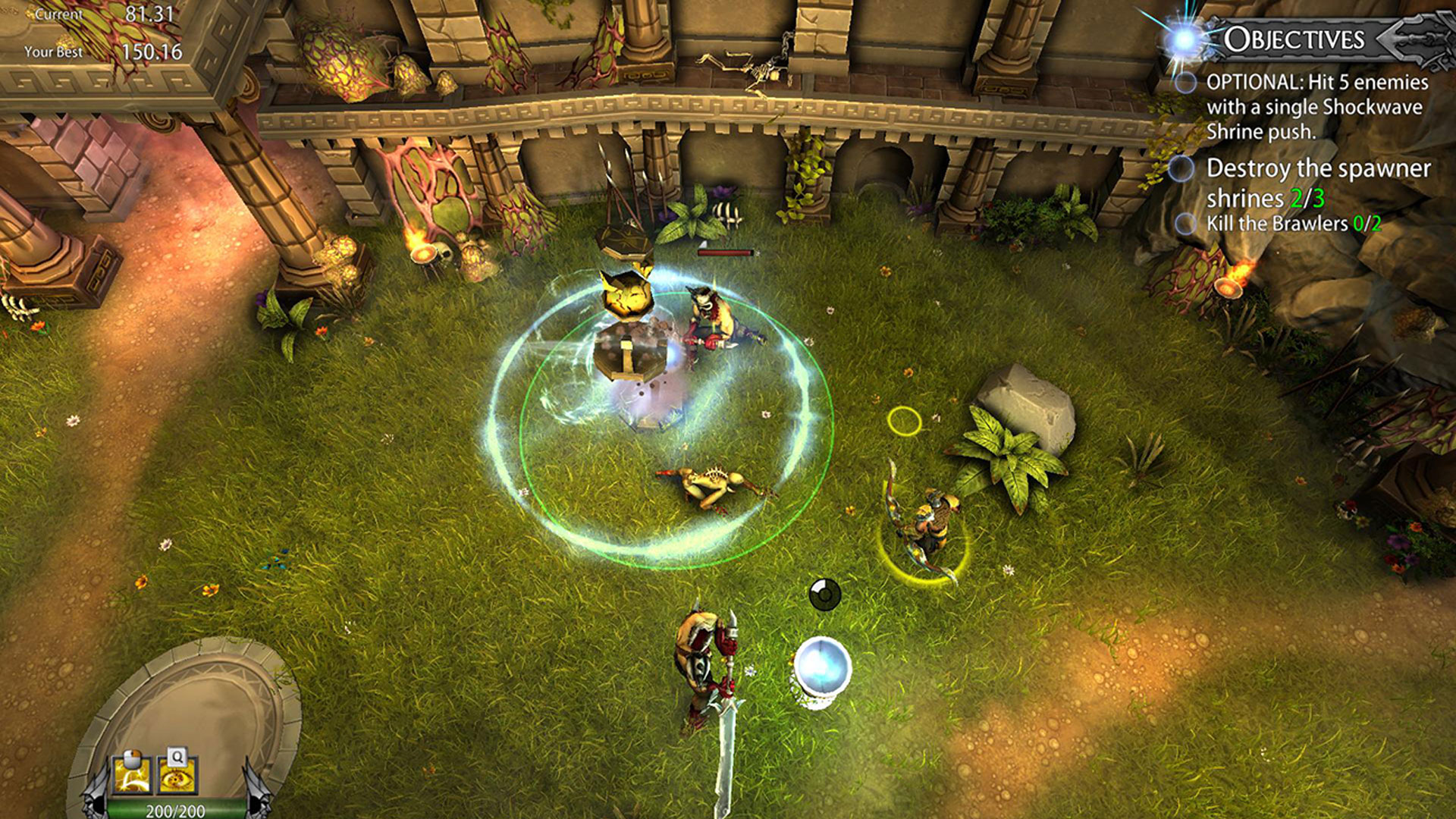 Forced is mainly focused towards a small niche of players which love cooperative play while tackling puzzles and aiming constantly for a leaderboards spot. It's really difficult to play by yourself so I warn against doing that in all scenarios and it's also quite difficult to just search for a match online due to limited numbers I imagine so make sure you have friends. It can be a fun experience in a group, just really not that great for solo. Forced was also somewhat boring at times as the harsh difficulty didn't make it as fun of a game as it could have been which really matters in gaming.

Forced Review on Xbox One
Review Code Provided by Betadwarf