I actually really enjoyed the first episode of Minecraft: Story Mode from Telltale Games though with this quick after sneak release episode I was more than disappointed. The first major issue I had with this episode is that it's half the length of usual episodic games like this, I had finished in well under an hour of time. Now, this very well might have been due to their decision to completely switch paths as there are two separate areas you can explore for the first twenty minutes depending on which of your friends you decided to travel with last time. It's still no excuse to completely cut down the episode length since the paths connect regardless of your choices and I don't want this short episode trend to continue. The story itself also really didn't progress at all this time around as it was fairly easy to assume what would have happened following the first episode. While it did still provide great laughs and charming moments, the episode also was much weaker in terms of narrative. While I still think the voice acting is great, the interactions between characters just wasn't as great and this episode fell flat.

Everything looks and plays in exact detail to what their Minecraft counterparts would be like. It was so great seeing the many Minecraft creatures they were able to stuff into this episode and fans of regular Minecraft will love that. There was even a great amount of story detail that was starting to be built up and created a sense of lore for Minecraft. The voice acting was well done with every character feeling absolutely unique. The game does look more akin to animated Minecraft videos which I'm sure many of you have seen before which was fine. Combat within the game was rather stiff, there were also many background flashes which were definitely buggy portions as it the Telltale way (the badly need a new engine). Finally would like to mention that the game has some neat side crafting areas where you can decide what to build in order to complete a task. 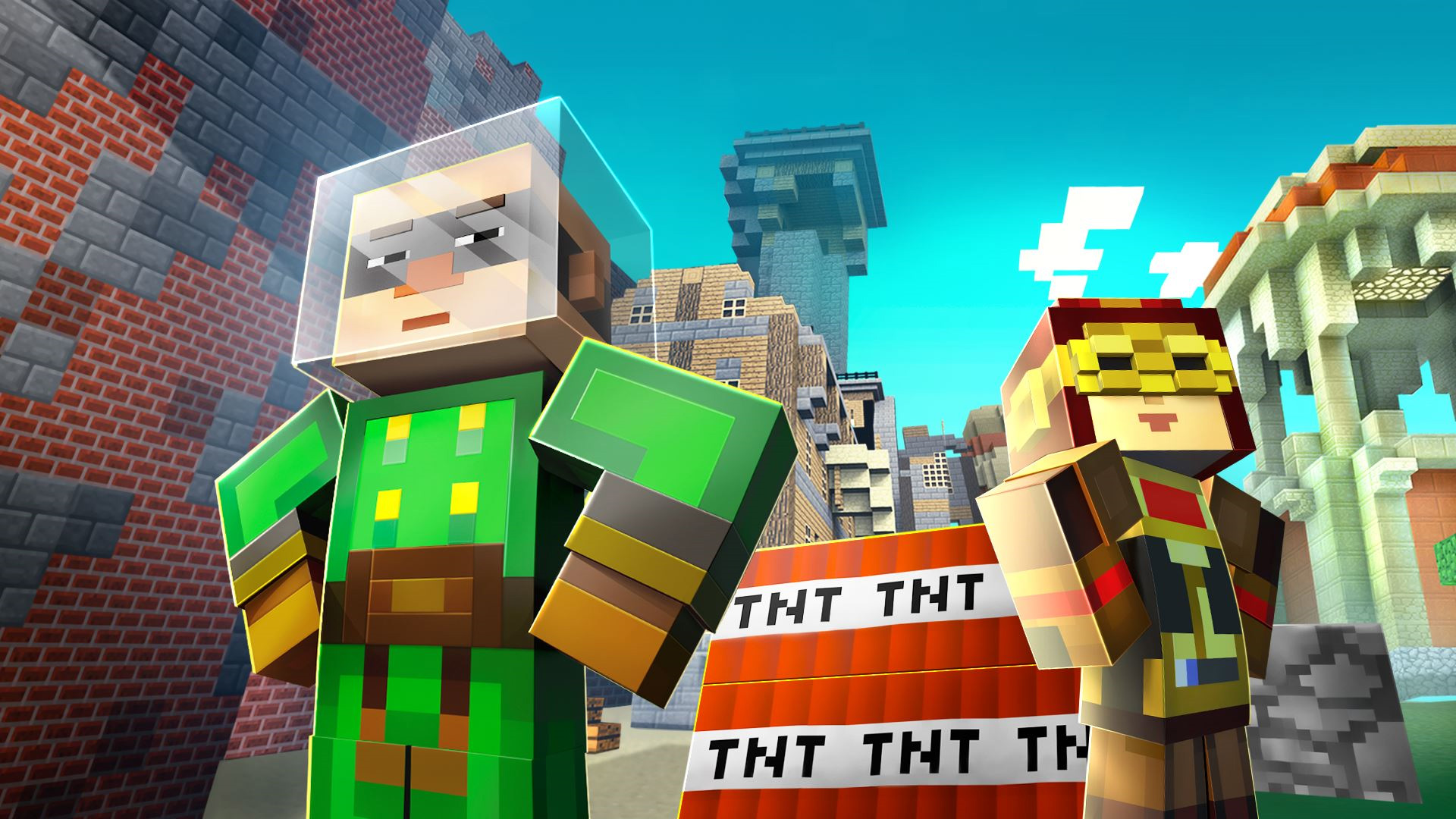 It was great to have a game from Telltale release episodes so quickly together though I felt they should have done more in regards to making it a more full experience. This episode featured a much weaker story with one of the two split path options being awfully boring. I did take the time to go back and play both to sides of the split in order to get a full understanding of what variations could happen though it really had minimal effect on the story. This was probably the worst episode of any Telltale Game in recent memory and really disappointing since the first started on such a decent note. Will also say that at some point they need a new engine as the episodes continue to look choppier as time progresses and that was once again a complaint here. Hopefully things pick up from this rushed episode since I'd love for Minecraft to get a proper story as the first episode has started to build something special.